NEWINGTON, CT -- Nate McDevitt, a forward for the Connecticut Chiefs, has committed to Post University for the fall of 2022.

"I am so happy for both Nate and Coach [Tim] Richter," said Chiefs head coach and general manager Greg Heffernan. "What a great fit for both. Nate is a responsible forward who is not only a good penalty killer, but also has contributed with some timely offense.  It is really nice to see a Connecticut player be able to stay in his home state to play in the EHL and now the NCAA."

McDevitt will also stay close with one of his teammates from this past season, as he will reunite with Justin Harshaw when he arrives on the campus at Post.

The veteran forward is excited to have that sense of familiarity when he gets to school, but he's also beyond grateful for everything that the Chiefs program did to help him reach this accomplishment.

"Thank you to the Chiefs’ organization for eight influential and developmental years that helped me get to this point," said McDevitt. "I was fortunate to have coaches and teammates push me to become a better player and person. I would also like to thank my family and friends for supporting me throughout my career. I am excited to continue athletically and academically at Post starting this fall!"

Learn more about the Chiefs on the team's official website, and check out the full 2021-22 NCAA commitment list. 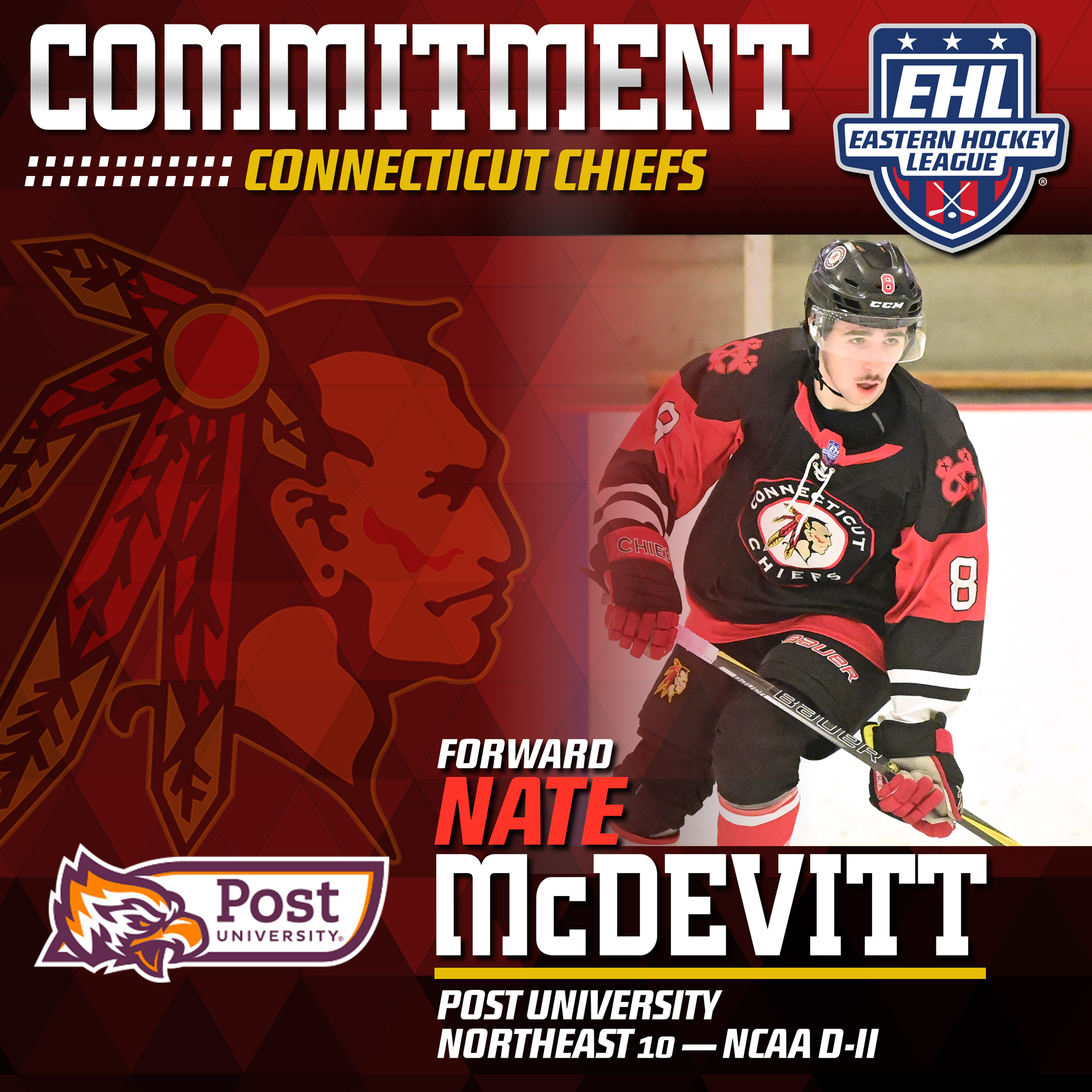