NORWALK, CT -- Calyb Reeves, a forward for the Connecticut RoughRiders, has committed to Albertus Magnus College for the fall of 2022.

The '01 native of Fairfield, CT spent two seasons with the RoughRiders, but due to a few nagging injuries, Reeves only managed to hit the ice for 16 total games throughout his time in the Eastern Hockey League (EHL).

"Calyb is super-fast skater willing to battle for pucks, at his size, being very successful," said RoughRiders head coach and general manager Eric Lind. "He is very creative, and his quickness makes him sneakily effective moving up ice on the attack.”

Despite the time that Reeves missed, it was the speed that Lind mentioned, that helped catch the attention of Albertus Magnus.

Reeves goes in the books as the 22nd player in league history to choose the school in his home state, and the 2nd from the 2021-22 season. This fall, the veteran forward that was selected to the 2021 EHL All-Star Classic, will team up with Aidan Patterson of the Vermont Lumberjacks.

Learn more about the RoughRiders on the team's official website, and check out the full 2021-22 NCAA commitment list. 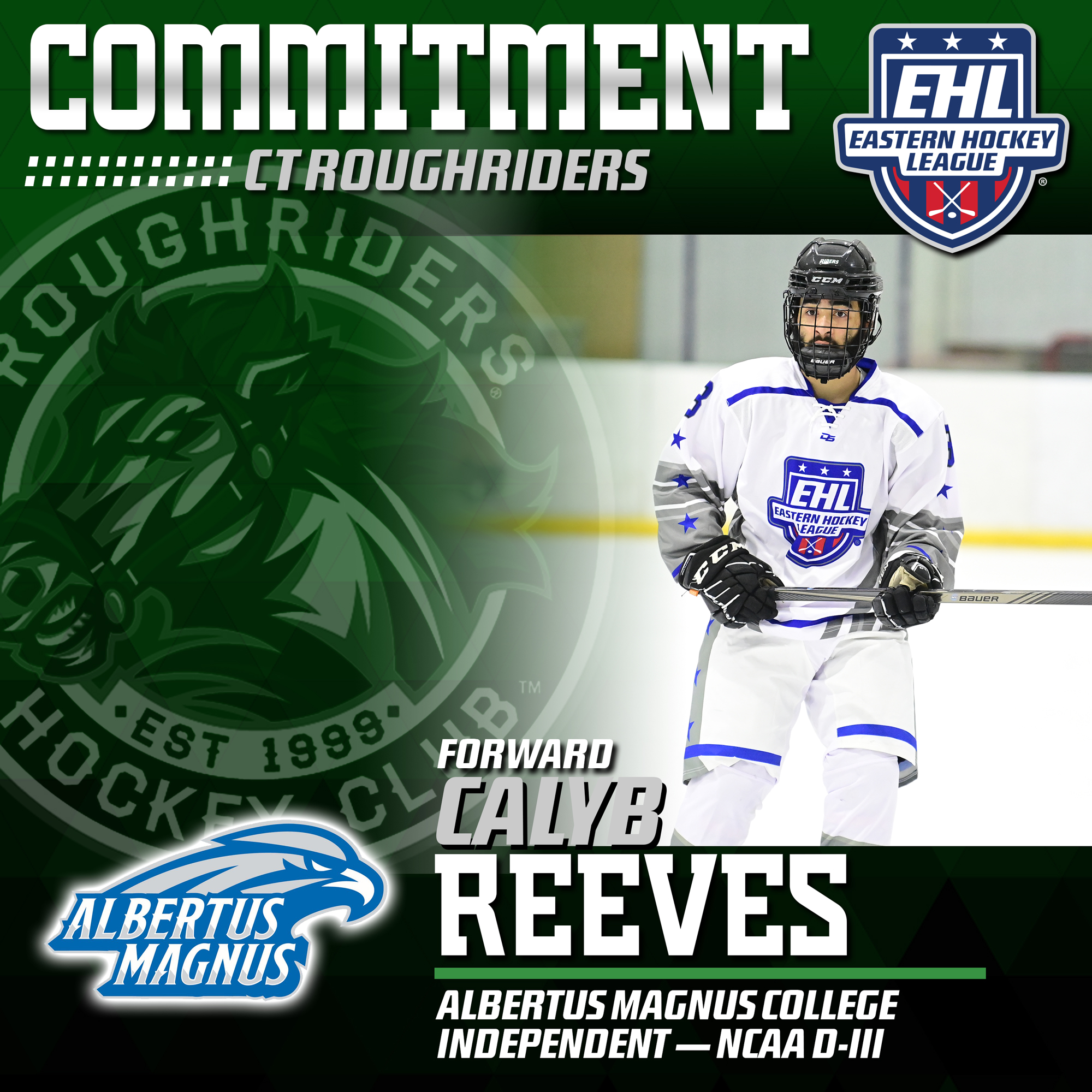