Gill spent this past season with the Lumberjacks, serving as the Head Coach for the program's top team in the EHL, as well as acting as the General Manager for the entire organization.

"I really enjoyed my time in the EHL," said Gill. "I absolutely love the parity within the league. All of the coaches are top-notch and have the same goal in mind, which is to help young men advance to the NCAA ranks."

Gill went on to share his appreciation towards the Lumberjacks organization.

"I would like to especially thank the Rosales family for the opportunity to return to such an amazing organization," added Gill. "Maurice and Louise care so strongly about their program, and show this with the countless resources that provide to the staff and players. I will truly miss working with them everyday, but also look forward to following both teams throughout the upcoming season."

Gill now returns to the professional ranks, an area where he owns multiple years of experience. Gill brings over 400 wins behind the bench and nine total years of experience coaching professional hockey to Binghamton. Gill previously served as an assistant coach for the ECHL’s Reading Royals from 2007-09 and the Central Hockey League’s Mississippi River Kings in the 2009-10 season.

The EHL would like to wish Coach Gill the best of luck as gets set to start the 2022-23 season with his new team. 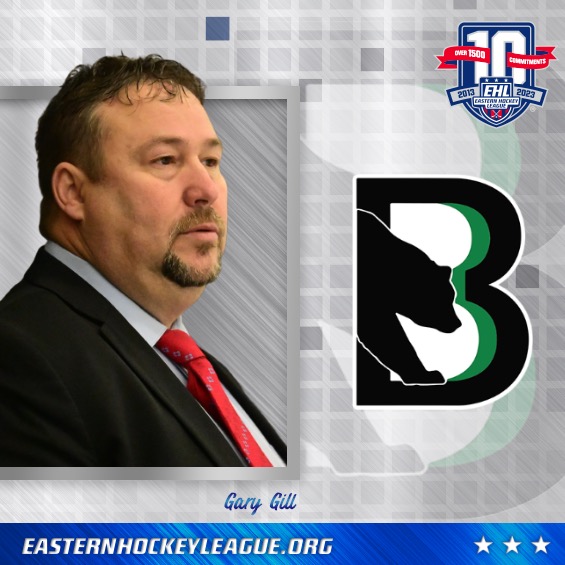