BOSTON, MA -- The Eastern Hockey League (EHL) is pleased to announce the addition of three new franchises, each of which have created a well-established name for themselves for the programs they've created at the youth levels. The three new organizations set to join the EHL are the Boston Jr. Eagles, Boston Jr. Terriers, and the Providence Hockey Club.

“We are thrilled to add these organizations to the EHL,” said EHL commissioner Joe Bertagna. “These are proven organizations overseen by solid hockey people, people who will contribute significantly to our league."

This set of new programs fit in seamlessly to the league's footprint, as the EHL will now have nine total teams combined between the states of Massachusetts and Rhode Island.

As for the home venues for each new franchise, the Jr. Eagles will play out of the Boston Sports Institute in Wellesley, MA. The Jr. Terriers will skate out of Canton SportsPlex, and Providence will call the Rhode Island Sports Center their home venue.

Located in the Northeast and Mid-Atlantic regions of the United States, the EHL will increase to 22 teams with the addition of this group of new franchises, which is the largest number of teams the league has ever fielded since its inception back in 2013. For the past six years, the EHL has finished as the leader in the Direct-To-College Advancement at the Division II and III levels. This past season alone, the EHL accounted for nearly 1 in every 5 freshmen on Division II and III rosters.

Please join the EHL in welcoming these three new members of the #EShow. 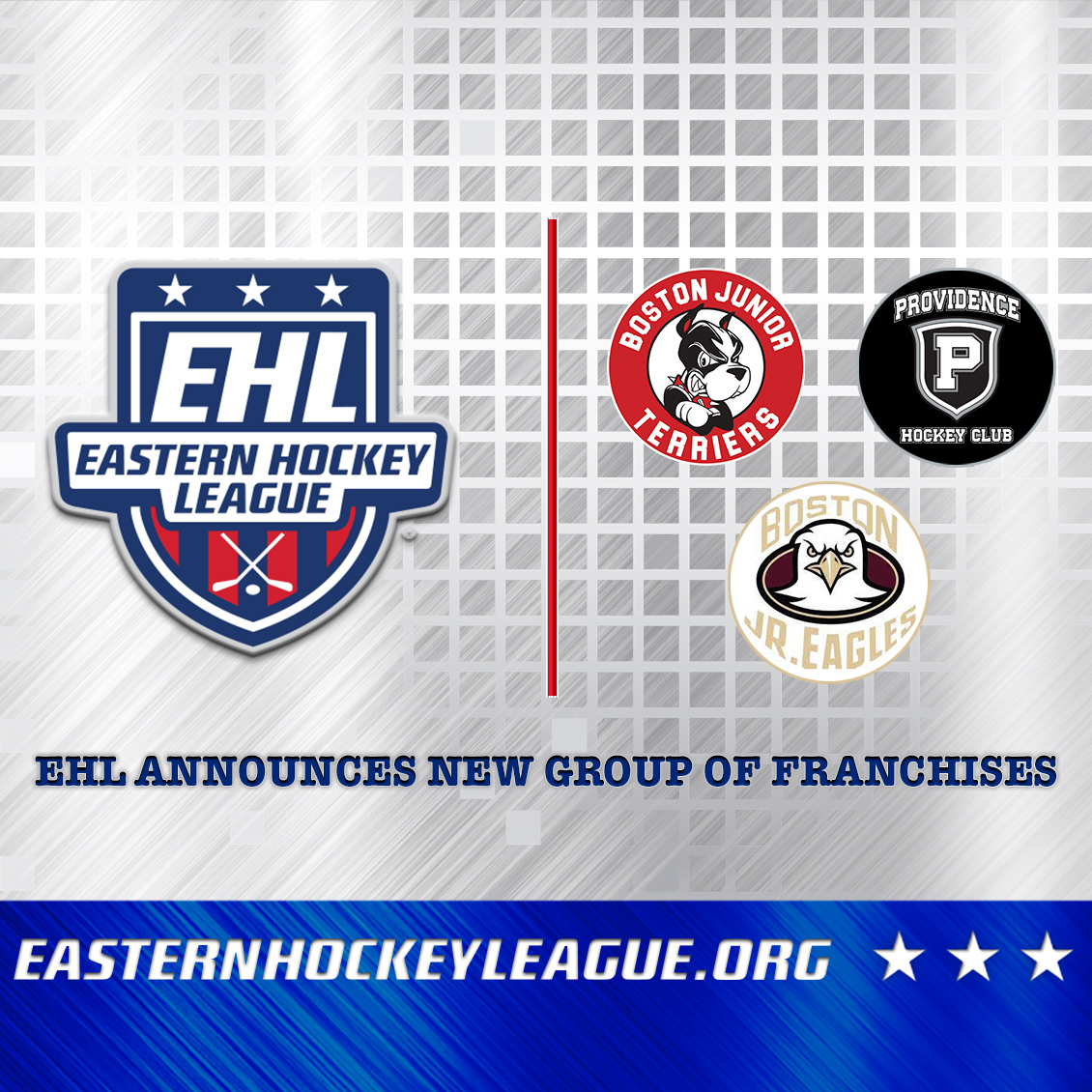