HOOKSETT, NH -- Daniel McKiernan, a forward for the New Hampshire Avalanche, has committed to Suffolk University for the fall of 2023.

The '03 native of Weston, CT is in his first season with the Avalanche, and through 13 Eastern Hockey League (EHL) games to date, McKiernan has tallied 16 total points to his credit.

"Dan had a good season last year at Williston Prep and he has continued it in the EHL for us," said Avalanche head coach and general manger Chris Cerrella. "He’s plays the game the right way and it got him college attention early. He is going to be a great addition to the Suffolk University community, both on and off the ice. I wish him the best of luck in the future and we will continue to develop his game for the rest of the current season."

As Cerrella mentioned, McKiernan has made a smooth transition from prep school hockey to junior hockey, and as a result, the forward goes in the books as the 34th player in league history to choose the Rams' hockey program. Suffolk has now committed at least one EHL player per year for all 10 seasons since the league was formed back in 2013.

"I am proud and honored to announce my commitment to Suffolk University," said McKiernan. "I want to thank my family, coaches, teammates and friends who have supported and helped me along the way. I want to thank the Avalanche program and Coach Cerrella for all he did to help make this happen. I am very excited about the next steps in my hockey and academic journey."

McKiernan and the Avalanche are right in the thick of things in the North Division, as their record stands at 9-3-1 through their first 13 games of the year. Riding a six-game point streak, New Hampshire hits the ice this week for matchups against the Seahawks Hockey Club and Valley Jr. Warriors.

Learn more about the Avalanche on the team's official website, and check out the full 2022-23 NCAA commitment list. 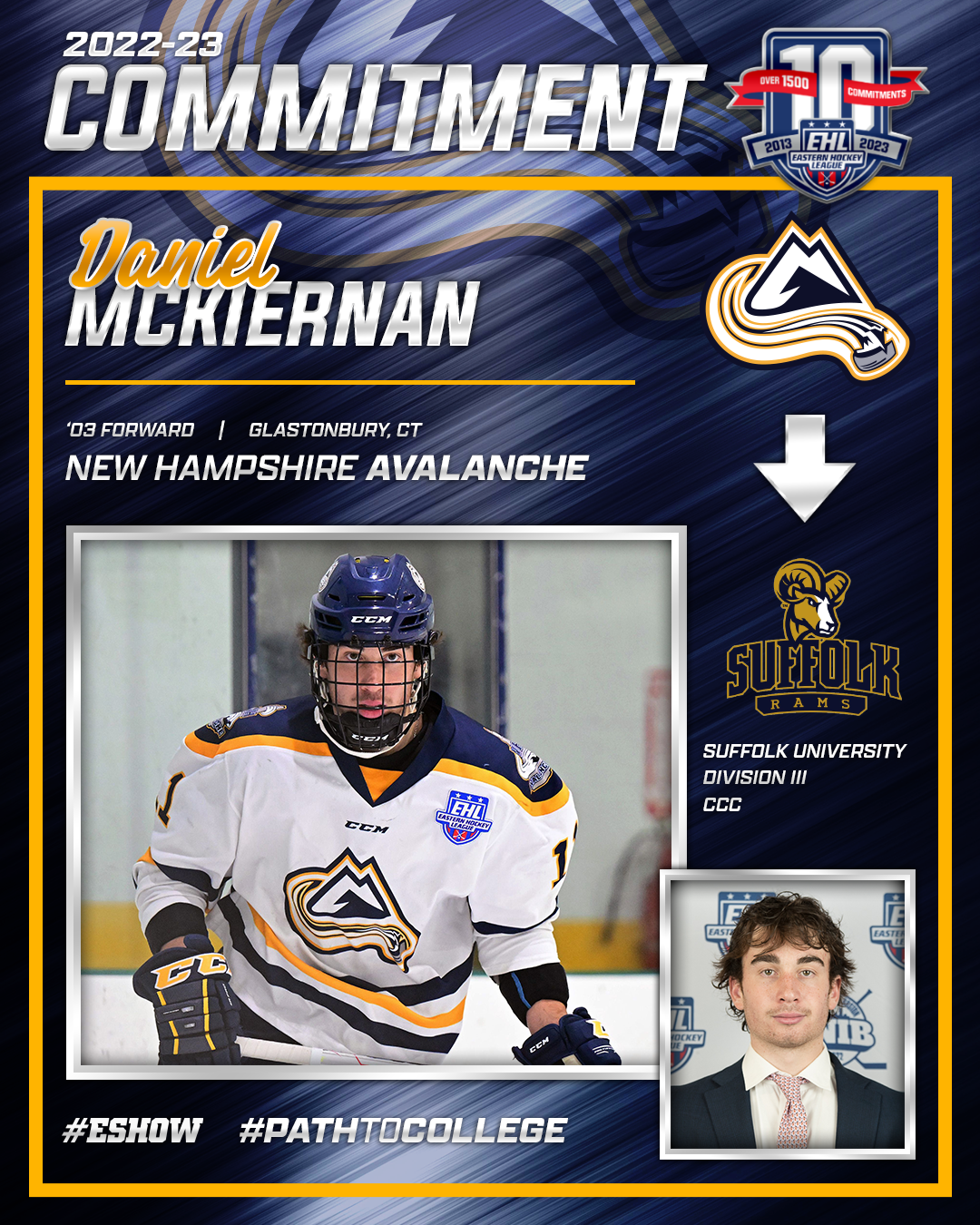