LACONIA, NH -- Trevor Joule, a goaltender for the New England Wolves, has committed to SUNY Brockport for the fall of 2023.

The '02 native of Staten Island, NY is in his second season with the Wolves program, and through 25 career starts in the Eastern Hockey League (EHL), Joule has racked up 13 total wins to his credit.

Overall this season, Joule currently owns a mark of 7-2-1 to go along with a 2.48 GAA, a .926 save percentage, and one shutout. The hot start to his age-out campaign was a big reason why Joule was selected to the EHL All-Star Team that took on Nazareth College and SUNY Brockport back in October.

“I am very happy for Trevor to accomplish his goal of playing college hockey," said Wolves head coach Tim Kunes. "Brockport is getting a terrific player and a great person. Trevor has worked extremely hard and has had a great team attitude since he joined our program last year. I couldn't be happier for him and his family."

Joule is the latest example of a player committing to a school that he faced-off against during the EHL All-Star College Series. Fittingly enough, he's the third goalie to accomplish the feat, as he joins a list that includes current Brockport goalie Nolan Egbert who played for Team EHL back in the fall of 2017.

Brian Dickinson is the Head Coach at Brockport and has heavily recruited the EHL since the league's inception back in 2013.

"It was great to hear from the Wolves and hearing about how much Trevor liked the experience back in October," said Dickinson. "We had a couple of great conversations over the weekend and he’s a phenomenal kid. We’re very impressed with Trevor’s character and overall level of play as a goaltender."

Joule extends the EHL's streak of committing at least one player to Brockport in all 10 seasons since the league was formed, and he also locks himself in as the 39 player to commit to the Golden Eagle program in league history

Learn more about the Wolves on the team's official website, and check out the full 2022-23 NCAA commitment list. 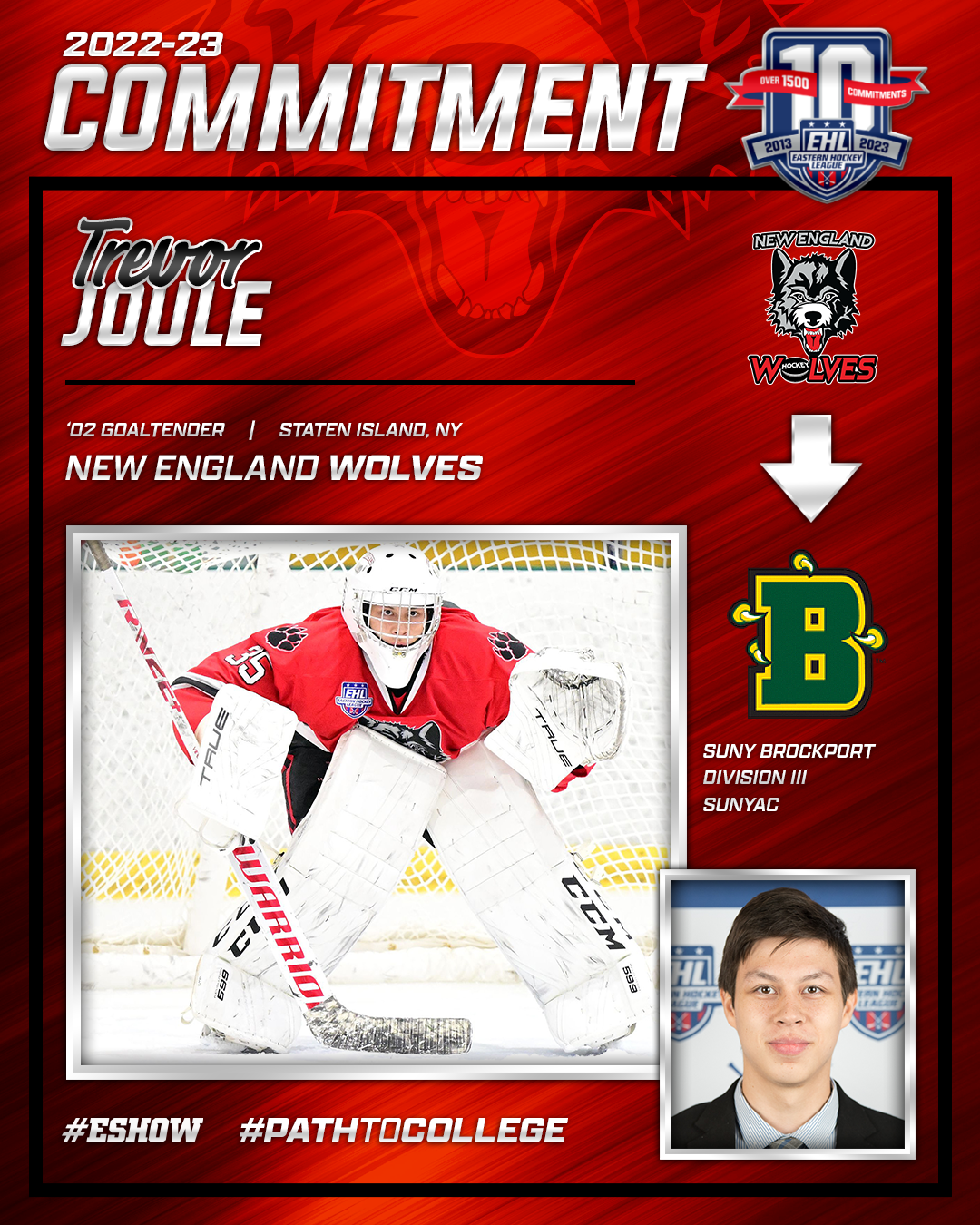