NORWALK, CT -- Christian Nawrocki, a defenseman for the Connecticut RoughRiders, has committed to the Massachusetts College of Liberal Arts (MCLA) for the fall of 2023.

The '02 native of Darien, CT first made his junior hockey debut back in the 2018-19 season with the New Jersey Renegades in the Eastern Hockey League Premier (EHLP). As the years have progressed, Nawrocki has continued to develop and improve, as he is currently in the middle of his second full season with the RoughRiders in the Eastern Hockey League (EHL).

“Christian has become a reliable defenseman for the RoughRiders and plays with a physical edge, shutting down the opposing team's attack," said RoughRiders head coach and general manager Eric Lind. "He also has improved his shot power and accuracy and gets pucks to net front situations in the offensive zone. He also demonstrates solid leadership traits on the ice and in the locker room, bringing his teammates together.”

Nawrocki is actually one of two RoughRiders players that have chosen MCLA so far this season, as he will remain teammates with fellow defenseman Walter Brown V when he arrives on campus next fall.

Nawrocki, Brown V, and the RoughRiders are enjoying the holiday break right now, as they rest up and prepare for the stretch run of the 2022-23 season. Coming out of the break, Connecticut will return to game action on Friday, January 6th, when they travel to take on the New York Apple Core at Noon.

Learn more about the RoughRiders on the team's official website, and check out the full 2022-23 NCAA commitment list. 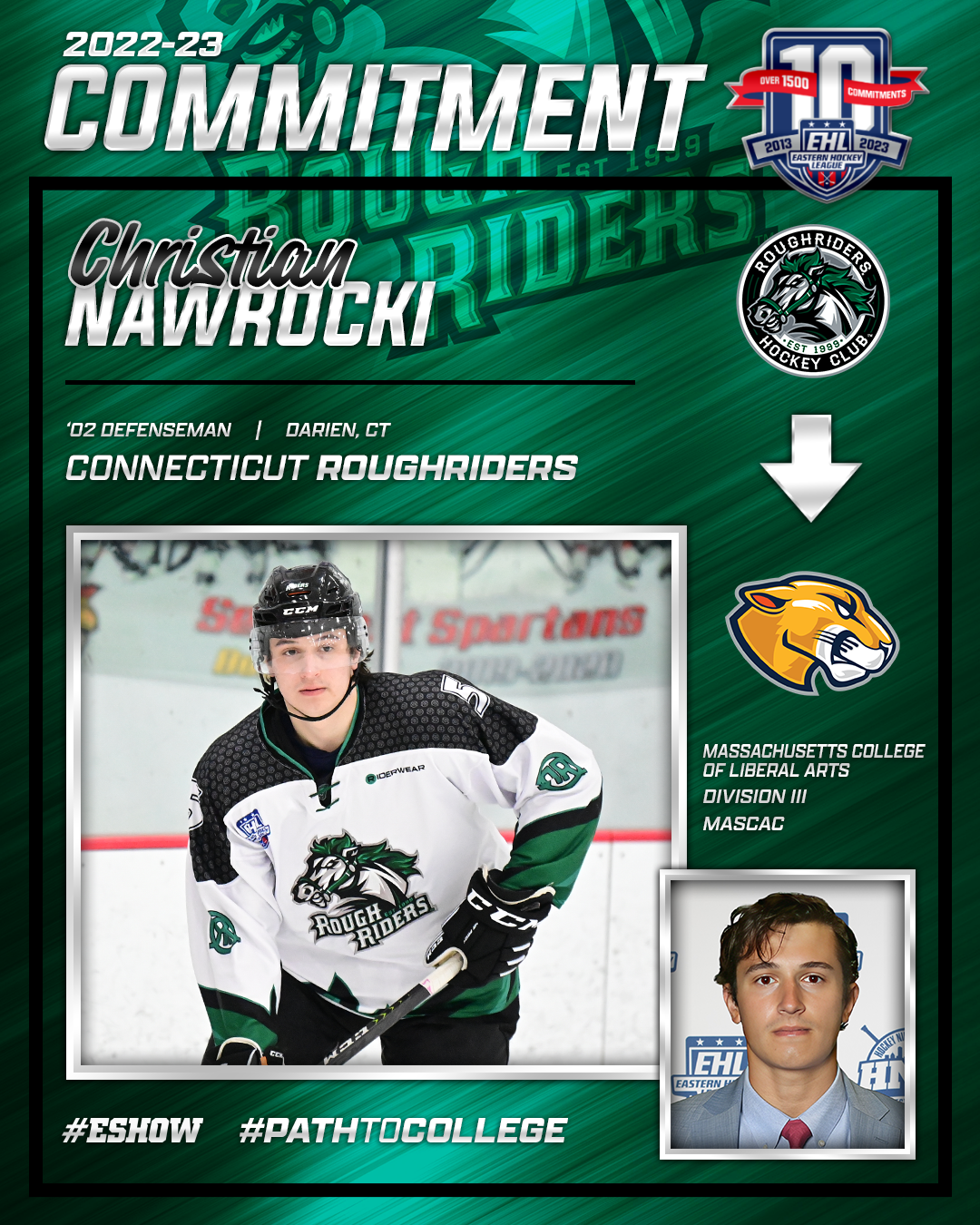