WALL TOWNSHIP, NJ -- Ian Lindberg, a defenseman for the New Jersey 87's, has committed to Lebanon Valley College (LVC) for the fall of 2023.

Lindberg is in his second season with the 87's program, after finishing out this past year at the Eastern Hockey League Premier (EHLP) level. The '02 native of Denver, CO still got in some time with the 87's in the Eastern Hockey League (EHL) last year, but has returned as a full-time guy at the top level of the program this year. Overall to date, Lindberg has five points across 54 career games in the EHL and eight points through 12 total games in the EHLP.

“Ian is the epitome of what we talk about in terms of hard work and 'coachability'," said 87's head coach and general manager Adam Houli. "He worked very hard in his first year but still needed to make strides in the offseason. He took everything we said to heart and applied himself. He came back and was unbelievable for us. I am so happy for him; he is a fantastic player and an even better human.”

That hard work that Houli referenced was quickly recognized when Lindberg was named to the South All-Star Team that took on LVC back in late October. It's safe to say that the veteran defenseman caught the attention of the LVC coaching staff that night, and he's beyond excited to join the Dutchmen next fall.

“It feels great," said Lindberg. "I’m really excited to spend my next four years at Lebanon Valley, I’m really impressed with the coaching staff they have and their great facilities. I definitely couldn’t have done it without the 87’s and Adam [Houli], he’s been great at pushing me to the next level and helping me continue to get better as a hockey player.”

Lindberg went on to talk about the exhibition matchup at Hershey Park Arena, and already knowing one of his future teammates in Dylan Gutierrez, a former member of the 87's.

“I spoke with Dylan during my visit there and he had nothing but good things to say about Lebanon Valley, and it’s great because you get a little bit of an insight about the transition from juniors to the college level,” added Lindberg. “I’ve grown in terms of trusting the process and basically trusting my coaches. I feel that I have developed in terms of seeing the puck and seeing the ice differently and playing a smarter game. That’s what I want to do; continue that growth heading into Lebanon Valley.”

Learn more about the 87's on the team's official website, and check out the full 2022-23 NCAA commitment list. 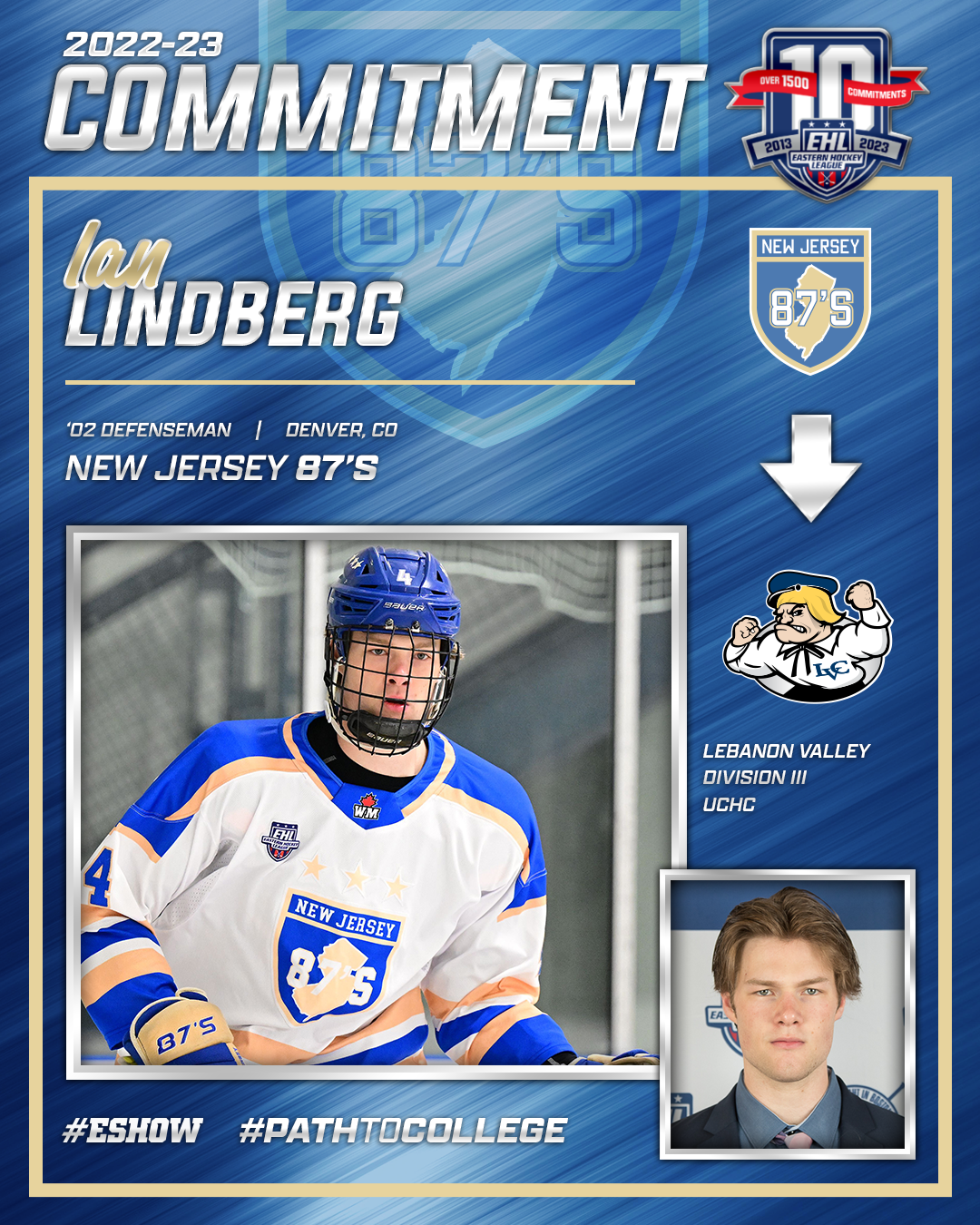