WALPOLE, MA -- Christian Howanitz, a forward for the Express Hockey Club, has committed to Worcester State University for the fall of 2023.

The '02 native of Boulder, CO chose the Eastern Hockey League (EHL) for his final season of junior hockey, and through 25 total games to date with the Express, Howanitz has tallied 10 points to his credit.

"His passion and work ethic, both on and off the ice, has a huge effect on our whole group," said Express head coach Nic Cota. "This is one reason why he was selected as assistant captain. I’m excited to see what Christian brings to the table in the second half of the season, as he always is looking to be more effective. We have been lucky to have him and so will his next stop!”

Upon arrival this season, Howanitz was quickly recognized with this election the EHL All-Star Team that took on Nazareth College and SUNY Brockport back in late-October. That experience helped further expose Howanitz to NCAA coaches at the next level, and ultimately helped lead to this commitment to the Lancers' program.

“I’m extremely excited to play at Worcester State for the next four years," said Howanitz. "I can’t thank Coach Cota and the Express enough for helping me achieve my dream of playing college hockey.”

With this weight now off of his shoulders, one of the leaders of the Express can now turn his focus towards helping his team extend what's currently the longest active winning streak in the league at five games.

Howanitz and the Express will look to make it six victories in a row, when they return to action on Saturday against the Vermont Lumberjacks.

Learn more about the Express on the team's official website, and check out the full 2022-23 NCAA commitment list. 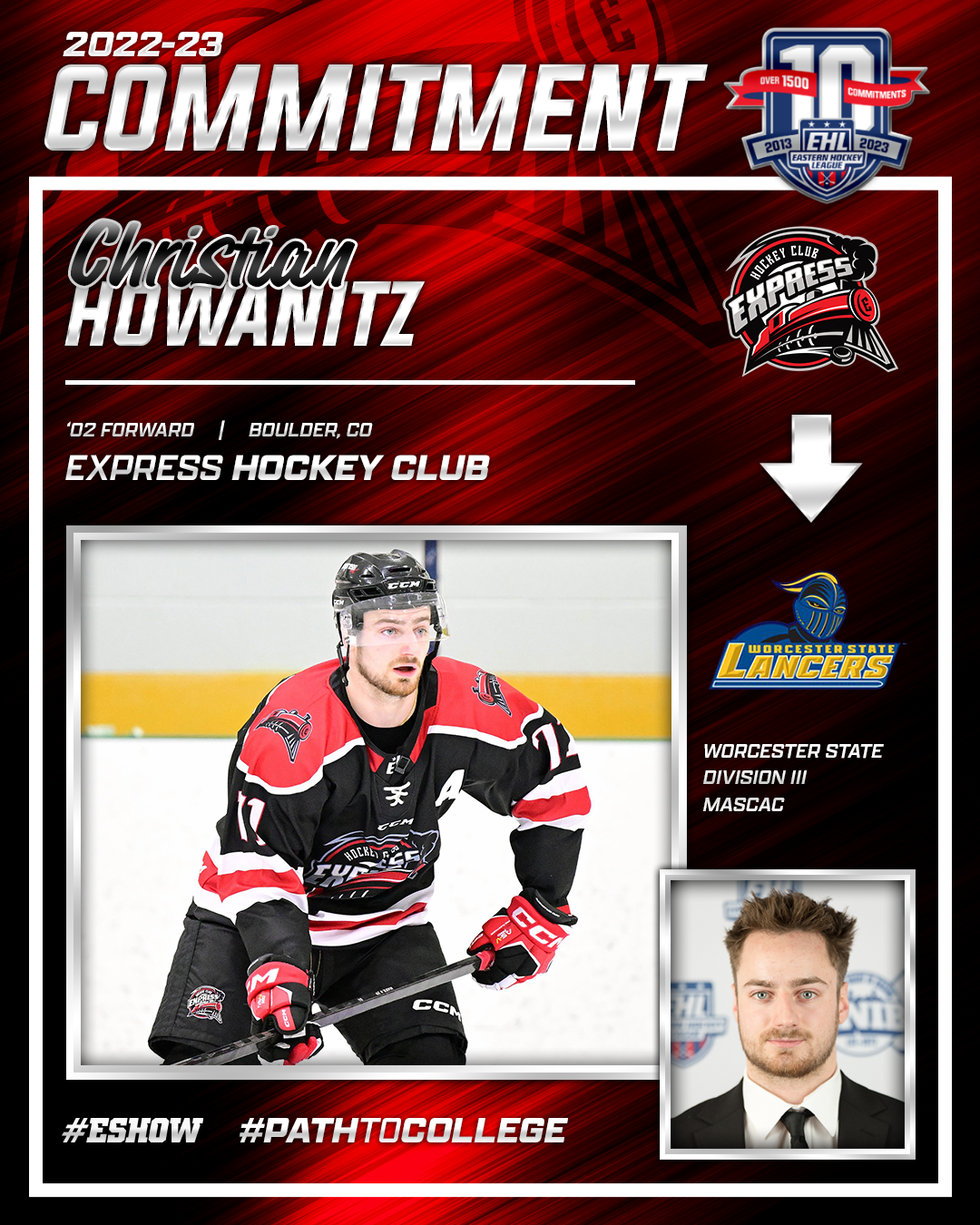