WALL TOWNSHIP, NJ -- Hayden Watson, a defenseman for the New Jersey 87's, has committed to Saint Anselm College for the fall of 2023.

The '02 native of Mercerville, NJ is in his third season in the Eastern Hockey League (EHL), and second year with the 87's program. Watson broke into the league with the Protec Jr. Ducks back in the 2020-21 campaign, and overall, the 6'4 defenseman has hit the ice for 124 career games in the EHL.

“We have a good track record there and Hayden has been a guy for us over the last two years and has done well, it’s certainly exciting to get his college career started with a great program that they have there," said 87's head coach and general manager Adam Houli.

As Houli mentioned, the 87's have helped place previous players into the Hawks program, including 2021-22 captain Matt Herrick. Herrick and Watson were part of last season's strong defensive core that helped lead New Jersey to their first-ever EHL Championship. Watson took a moment to talk about what the reunion means to him.

"I'm just excited to play NCAA hockey, and it’s a bonus because I’ll get to play with one of my buddies that I played with last year in [Matt] Herrick,” said Watson. “It makes things so much easier; it makes me more comfortable and I feel like I’ll fit right in.”

Watson went on to talk about his time with the 87's program, and how it all led to this moment.

“I feel like I’ve grown a lot over the last two years,” added Watson. “Adam [Houli] helped me do that, whether it was playing the systems right or listening to him and what he has to say and it just made me a better hockey player.”

Along with the EHL Championship on his resume, Watson also hit the ice at the 2021 EHL All-Star Classic and was selected to the South All-Star Team that took on Lebanon Valley College back in October. It's a stacked resume, but with this weight now off of his shoulders, Watson would undoubtedly like to add at least one more Frozen Finals appearance to his name before the season comes to a close.

Learn more about the 87's on the team's official website, and check out the full 2022-23 NCAA commitment list. 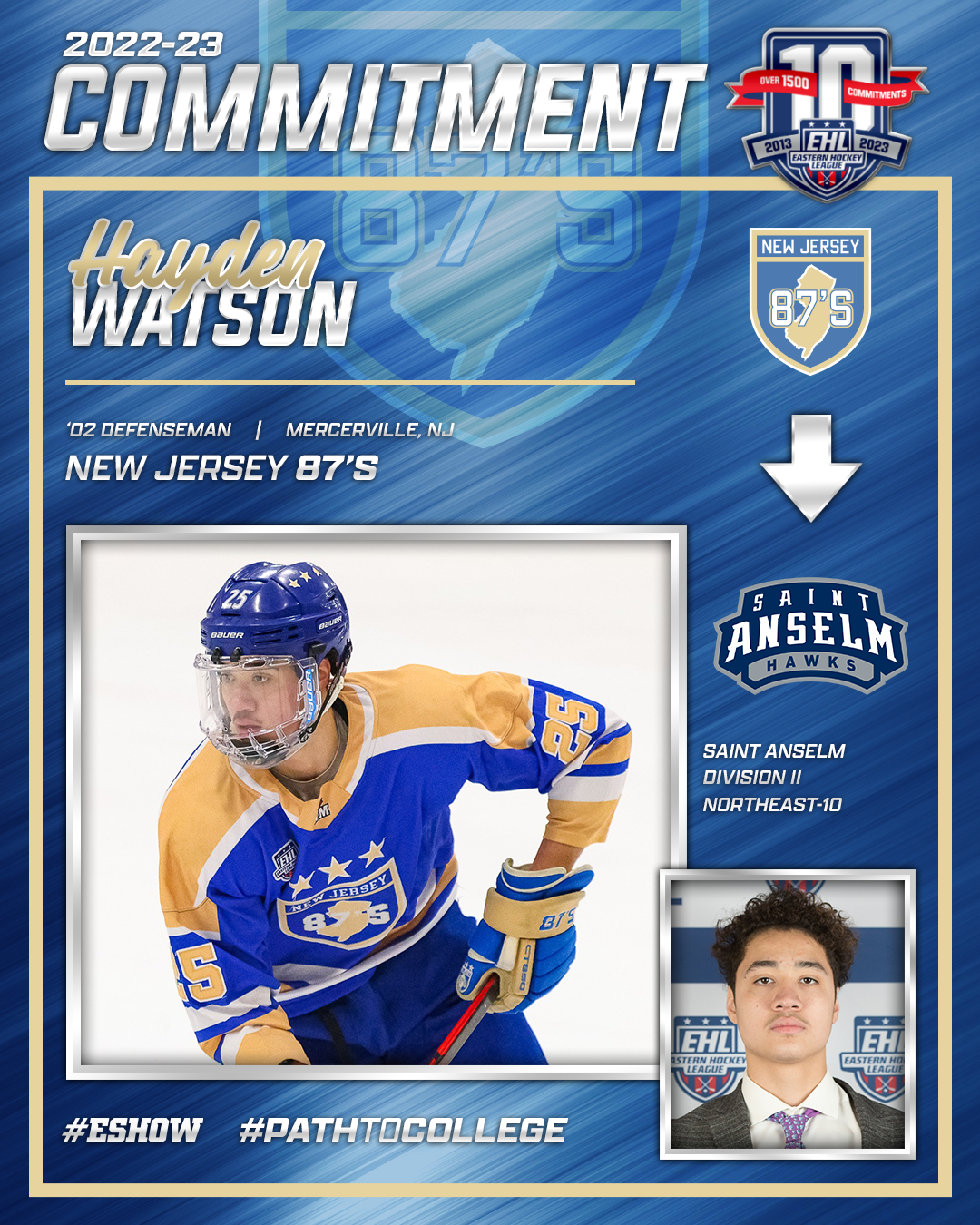