BOSTON, MA -- The Eastern Hockey League is pleased to announce this year's annual award winners for the following honors:

Each award was voted on by all of the head coaches in the Premier Division.

We begin breaking down this year's award winners with Richard McCartney of the Philadelphia Revolution. After tallying 74 points in the regular season, the '96 forward skates away with the Most Valuable Player and Forward of the Year awards. McCartney was the offensive force for the Revolution this season, as he scored seven game winners and racked up 24 points while playing on Philadelphia's top special teams units (power-play and penalty-kill).

McCartney's speed and skill help set him apart from the rest of the league, and were also a key factor in him tallying his 100th EHL point this season. While the Revolution's season ended sooner than they had hoped, the future is bright for one of the top scorers in the history of the EHL.

"The EHL congratulates Richie on being named the MVP of the Premier Division," said Neil Ravin, the EHL's PR Director. "Richie has been with the Revolution for a couple years now, and we're looking forward to following him throughout the next steps of his hockey journey." 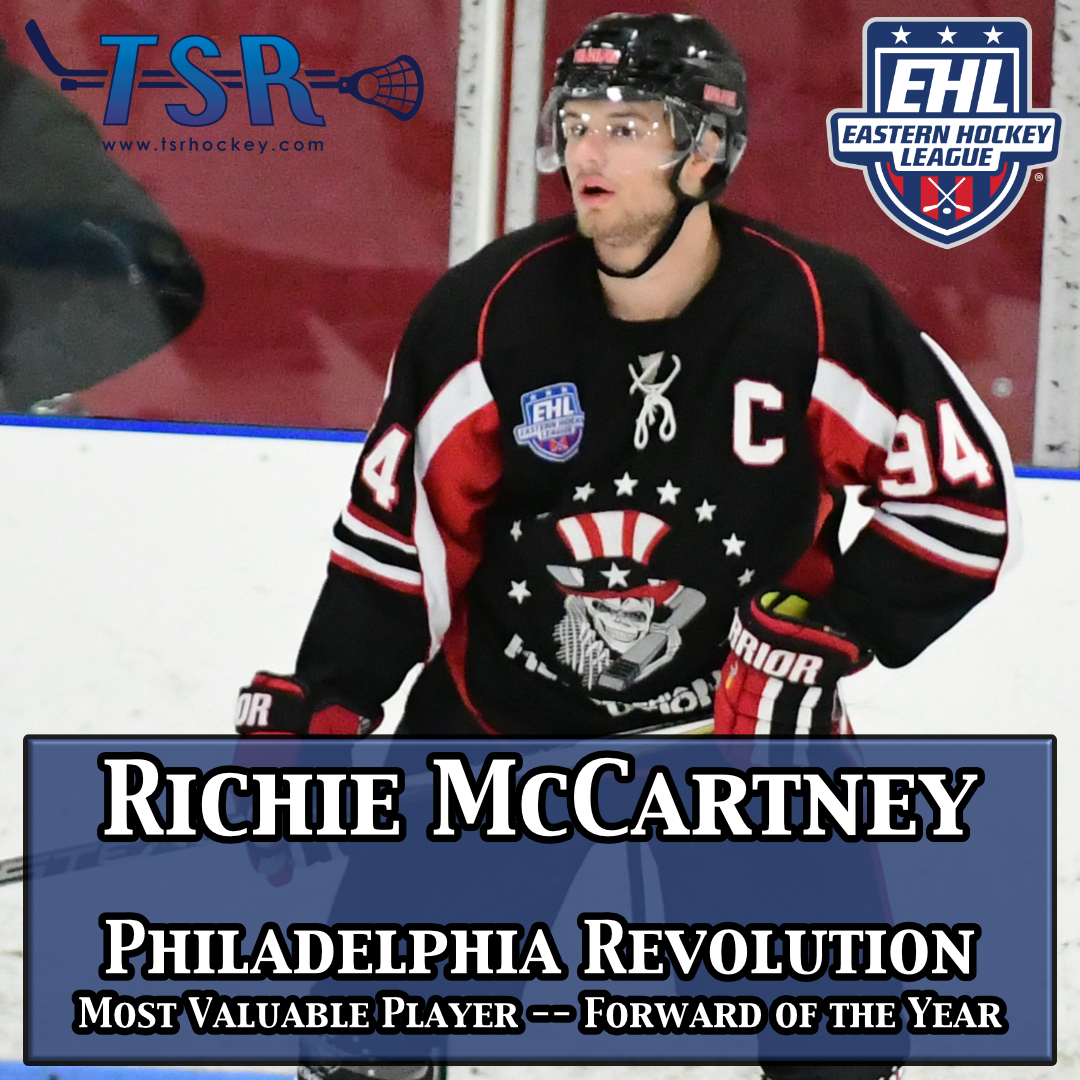 In his 1st season in the EHL, Dylan Carabia proved to be one of the top scoring defensemen in the entire league. The native of Florida racked up 40 points while playing in every single game for the Walpole Express. The big defensemen uses his size well, and possesses lethal passing and shooting ability. Carabia will continue to improve while taking his impressive skill set to Salve Regina this Fall.

“Dylan came to us from AA hockey in Florida and transformed into a big time hockey player," said Walpole Express head coach Jon Lounsbury. "His work ethic on and off the ice has made him the player he is today. Dylan is going to be incredibly difficult to replace. I want to thank Dylan for everything he has done for this program.” 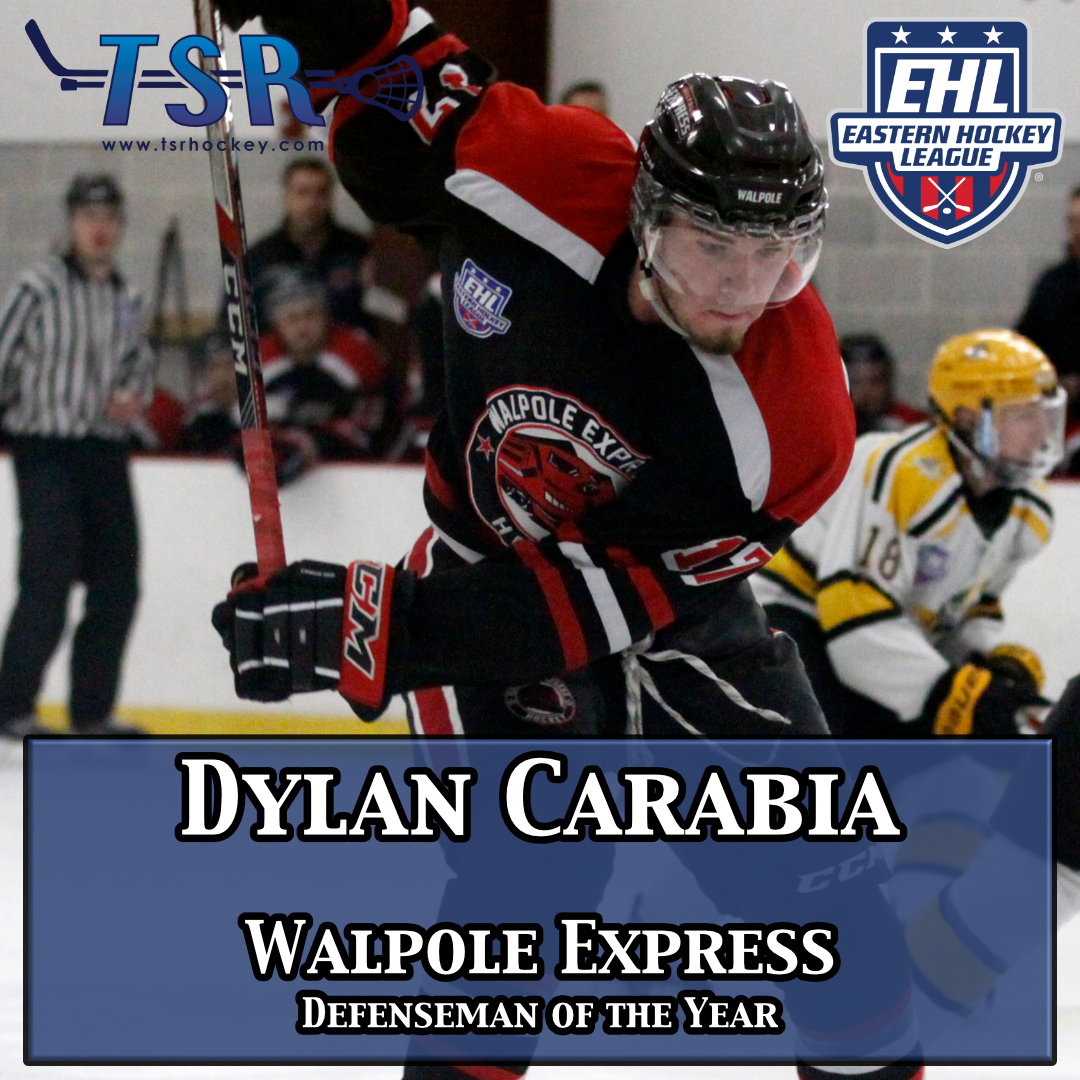 The battle for goaltender of the year was the tightest of all the awards, with Samuel Kany (Philadelphia Little Flyers) winning the honor. In his 2nd season with Philadelphia, Kany finished the regular season with a record of 21-3-2 to go along with a 1.32 GAA and 5 shutouts. Steady would be the best word to describe Kany, as he has proven to be incredibly reliable between the pipes for the Little Flyers.

Little Flyers head coach Rocky Russo, spoke about Kany and his counterpart Joe Giacobbo. "Both goaltenders have been a calming influence for our team. They have consistently made a big save when we needed it and managed to avoid soft goals. Both guys respect the natural competition that having two good goaltenders creates and that has allowed them to compete with each other throughout the season. Sam and Joe have developed a great relationship on and off the ice." 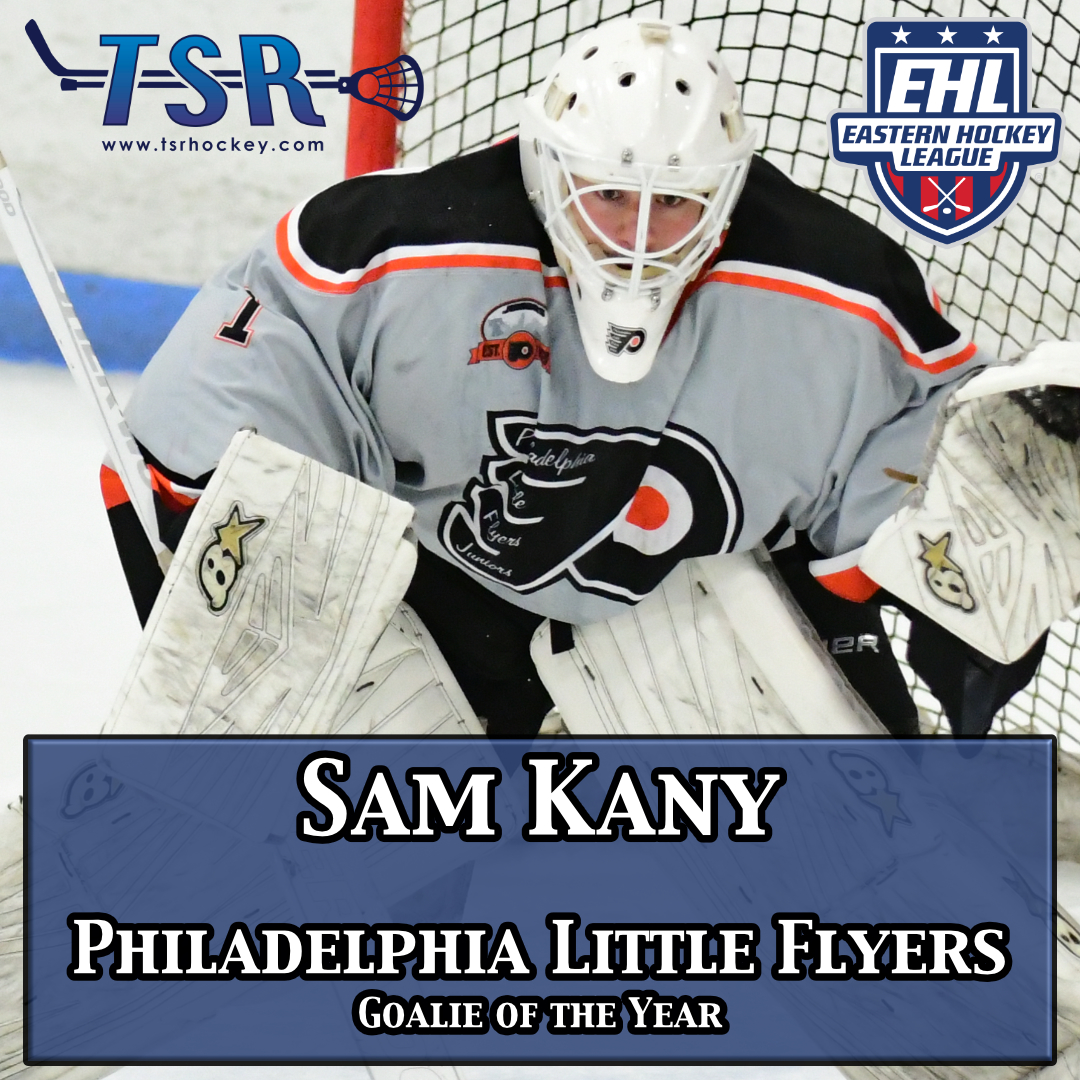 Last, but not least, this year's Rookie of the Year is Matthew Brown of the New Jersey Rockets. To qualify for the award, players had to be a '98, ’99, ’00 and in their 1st season in the EHL. In Brown's rookie year, the '99 forward tallied 51 points in 44 regular season games, and so far has added 12 playoff points in his first 4 postseason games. The native of New Jersey simply has the scoring touch, as he averages 1.31 points per game.

"This was my second year coaching Matt and I'm yet to find a player as dedicated to wanting to get better. He truthfully loves the game, to play and train and his hard work paid off in a very productive first season in an extremely difficult league to play in," said Rockets head coach Sean Cromarty. 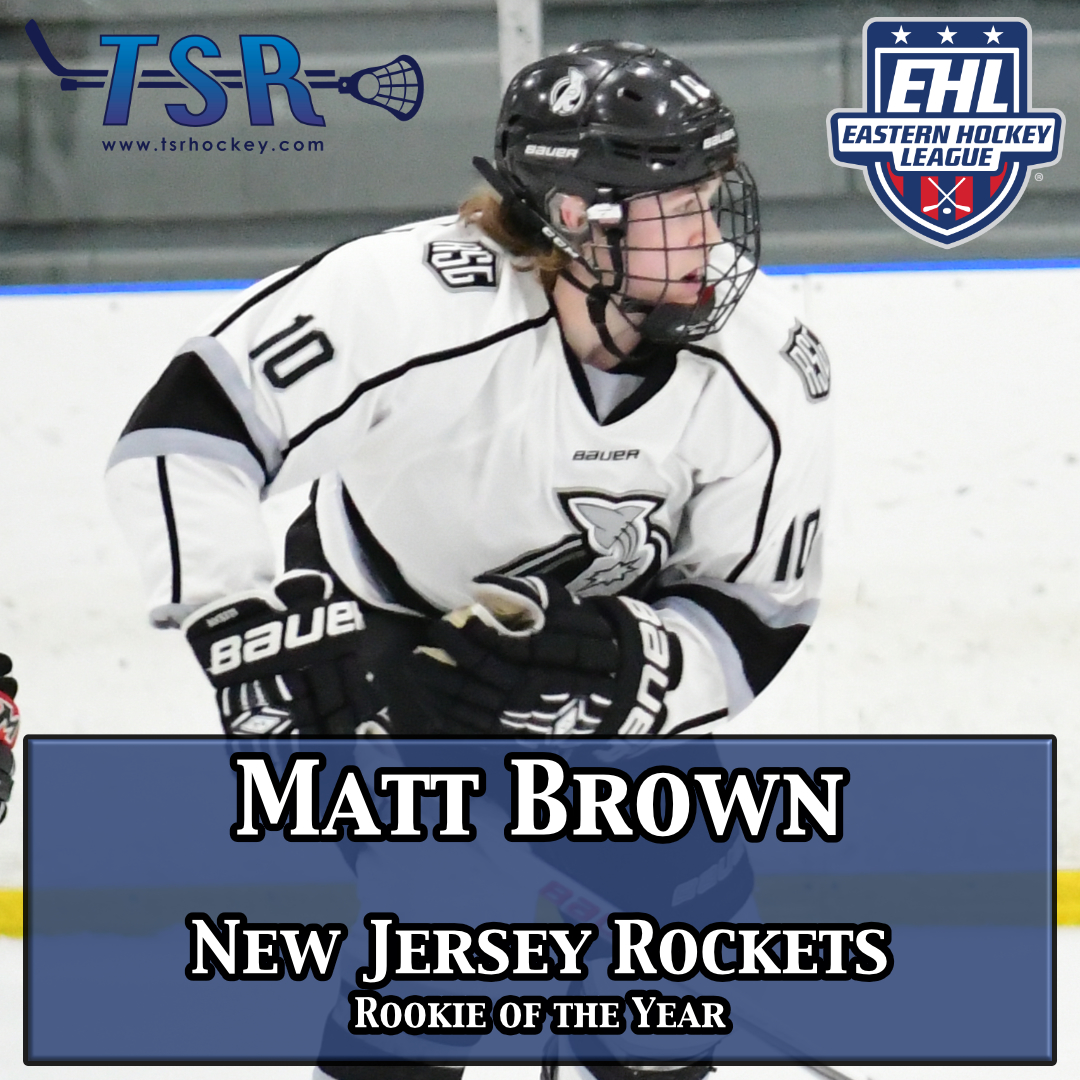