NORWALK, CT -- Thomas Green, a forward for the Connecticut Oilers, has committed to King's College for the Fall of 2017. In his third season with the Oiler's Premier team, Green served as one of the team’s alternate captains, and continued to be the same hard working player  he has been, throughout his junior career. His dedication has helped him gain the opportunity to play at the collegiate level.

“Being a local player, I am extremely pleased with Tommy’s development throughout his years in the Oilers organization,” said Oilers head coach Eric Lind. “Tommy will be bringing his experience on and off the ice to King’s College next season.”

Green will be joined by his teammate Michael Cosentino with the Monarchs next season, as well as the following three EHL players:

Read the full commitment story on the official website of the Connecticut Oilers, and check out the full list of 2017 NCAA Commitments. 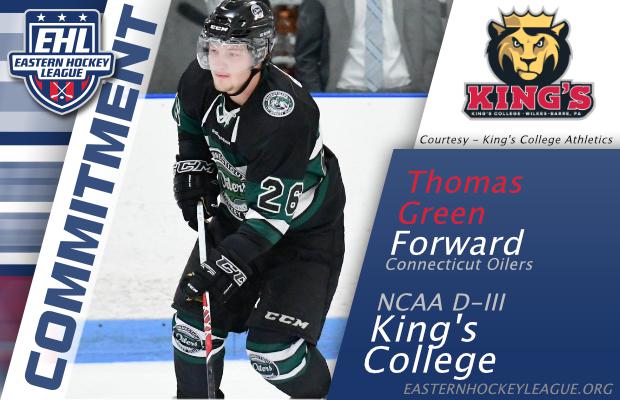