"Our organization is honored to have been a part of Ben’s journey to play college hockey and wish him the very best," said Lumberjacks head coach Doc DelCastillo. "It will be exciting to follow his college career beginning in the Fall of 2017.”

Lau spent two seasons with the Lumberjacks and continued to develop every time he stepped on the ice. The native of Kentucky is thankful for the time he spent in Vermont, and took some time to say thanks to those who helped him.

"I am excited to announce my commitment to Trine University," said Lau "I would like to thank my family for helping me and supporting me throughout my junior career. I would also like to thank Coach Doc and the Vermont Lumberjacks organization for helping me develop as a player and a person." 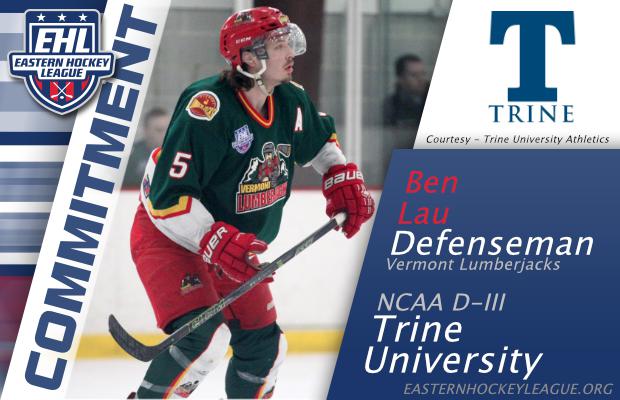