WEST CHESTER, PA -- Dennis Ruppe, a forward for the Philadelphia Jr. Flyers, has committed to Becker College for the Fall of 2018. The '97 spent two seasons in the EHL, tallying 30 total points in 77 career games.

"Dennis came to us two years ago, and in his first year he played a solid role as a 3rd line center and supplied great defense with some timely scoring," said Jr. Flyers head coach and general manager Jerry Domish. "In his second year he took his game to the next level and became a very good scorer who could help carry a team. His poise with the puck, vision, and hockey sense really developed. We really missed his presence after he was injured. He was a great leader from an on-ice example, to the locker room, where he showed the rookies what it takes to become an elite player in this league. He is now a complete player and I feel they [Becker] are very lucky to have him. He is not just a great player who will do whatever is asked of him, but he is a great young man who any team would be lucky to have in their program."

As Domish mentioned, Ruppe's 2017-18 campaign was unfortunately cut short due to injury, but he is still very proud of all he accomplished during his junior career. The native of New Jersey took some time to reflect on the 2016-17 EHL Championship and all he learned during his time with the Jr. Flyers.

"My two years with the Jr. Flyers came with a lot of ups and downs," said Ruppe. "My first year I came in and got hurt pretty early in the season, but was able to come back and be part of an EHL Championship run that I'll never forget. That group of guys was incredible, and it'll be hard to replicate that ever again. My second year didn't go as planned, ending early with another injury, but I learned a lot last year. The Jr. Flyers have been very supportive of me as a person and player the last two years. I wouldn't trade my time there for anything. All of the coaches have been great for me the past two years. Jerry [Domish] broke everything down for us, my first two weeks on the team. Basically, he taught us how to play all over again. I learned more in those two weeks then I had in two years before that. The biggest thing I learned about my time with the Jr. Flyers as a hockey player, was to play within yourself. Know who you are as a player and stay in that role, don't try to be something you're not.”

As is the same for many players, the junior hockey journey would not be possible if it wasn't for the support back home as well. Ruppe made sure to give thanks to this special group of people.

“I have to thank my parents," said Ruppe. "Thanks for all the sacrifices you've made to get me to this point, allowing me to follow my passion even though it wasn't always easy. I want to thank all my coaches over the years, from my youth days with the New Jersey Rockets to Jerry [Domish], Jerramie Domish, and Jason Kilcoyne here with Jr, Flyers. Thanks for believing in me and giving me a chance to compete every day. To all my friends and teammates, thanks for all the memories over the years. I want to thank all my teammates over the past two years for helping me get to this point today. To the championship team, thanks for creating memories that will last a lifetime. Thanks to Cody Murch who I billeted with my first year and kept me sane while I was rehabbing my leg. To this year’s team, I need to mention Drew Platt, Dakota Delbridge, and Marko Bohatiuk, you guys became brothers to me and we'll be friends for a very long time. To the rest of the team, I'm sorry it didn't go as planned, but we became a family and I'd do anything for you boys.”

Learn more about the Philadelphia Jr. Flyers on the team's official website, and check out the full list of 2018 NCAA Commitments. 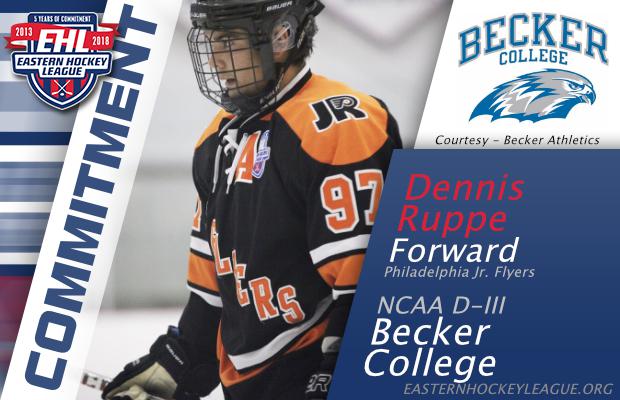 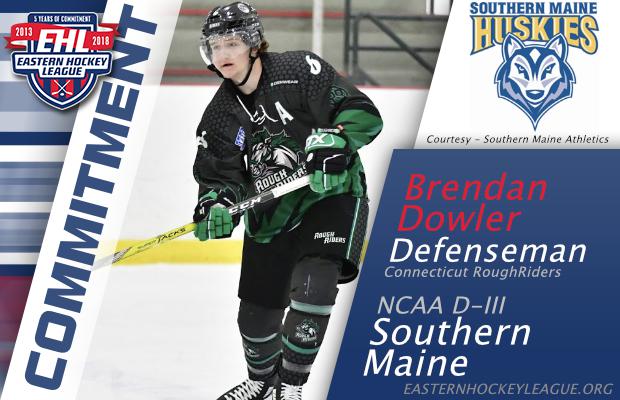