RoughRiders Continue to be Guiding Light for Development

NORWALK, CT -- Mitch Parsons played only one season for the Connecticut RoughRiders, but the experience proved to be invaluable to him. Headed to the College at Brockport this fall, Parsons can’t say enough about his time with the team.

“It was a great experience playing for Eric Lind and Steven Brown. It was the best thing to happen to me,” Parsons said. “They do such a great job of developing players. They like to win, but a lot of focus is on improving as a player and the fundamentals. I learned a lot from the experience.”

Connecticut takes pride in getting players to the next level, promoting its program as ‘The best way to college hockey’ – 12 players, including Parsons, committed to NCAA schools this year.

Brown, an associate head coach with the team who has been with the program since Day 1, said while some players look for a team where they have a chance to win right away, the RoughRiders bring in players who are determined to put development first.

“We want players who want to work on development,” Brown said. “There are players who can go play for a great team and maybe even win a championship, but they might not play as much for that team. We emphasize development. The more we develop players, the more success we see when it comes to placement with college teams,” he added. “Our objective is to move guys on to NCAA hockey.”

“In six years, we’ve had under 12 transactions,” Brown said. “Most of those players have left because they were homesick or once in awhile you run into a discipline issue.”

Brown said the team would rather keep a player than let him go, giving that player an opportunity to improve his game.

“We’d rather have a player that needs work and work with that player, rather than have a player we may move unless he turns it around after a couple of bad games,” Brown said. “You look at a lot of teams and they treat it like pro hockey where they have 42-50 transactions a year. Last year, we had zero transactions, and we are proud to say that.”

Parsons speaks to how big development was in Connecticut.

“We’d spend at least three days a week doing something fundamental wise,” Parsons said. “You need to have that repetition to become good at something.”

Brown agrees, which is why he and Lind spend so much time with repetition.

“We go through a lot of game film, too, and point out things from a technical and tactical standpoint,” Brown said. “We might see a player who wasn’t able to stop an opponent because he was lunging, or he crossed his feet over while skating backwards and got burnt. Those are things we repeat over and over again in order to master it.”

With a lot of competition for junior hockey talent, the Roughriders attempt to set themselves apart behind their reputation for developing talent.

“The junior landscape can be so insane and confusing. We try to explain to players why there is a good reason to be with us,” Brown said. “We tell them we will develop you first and the team will fall into place from there. We also do a lot of work with players on team building.”

Fine-tuning a player’s skill set is key to development, and it starts with learning how to be a great skater.

“Skating fast is one thing. Being able to skate and turn off a wall or move and pivot is paramount,” Brown said. “Eric is one of the best skating instructors in the world as far as I’m concerned, and I’ve been coaching for 37 years.”

Parsons won’t argue with that.

“All the stuff Lind taught me is what helped me the most,” Parsons said. “I never knew so much about skating until I got to Connecticut.”

Brown expects the off-season to be a busy one, but in terms of what is going to change, it appears the RoughRiders will keep doing what they’ve always done, and that’s develop talent and win games along the way.

“The objective is status quo,” Brown said. “We’re happy with what we’ve done here, and we know what we need to continue to do. We will keep learning as coaches, attending clinics and keeping up with new developments with on-and off-ice training, and we want to continue to keep our focus on development. That is important to us.”

Parsons is thankful for what he has learned while in Connecticut and feels ready for the next step in his career.

“I feel ready for college, more ready than I think I would be if I didn’t play here,” Parsons said. “I know I still have a lot of work to do, but they have prepared me as best as they could and I can’t thank them enough.” 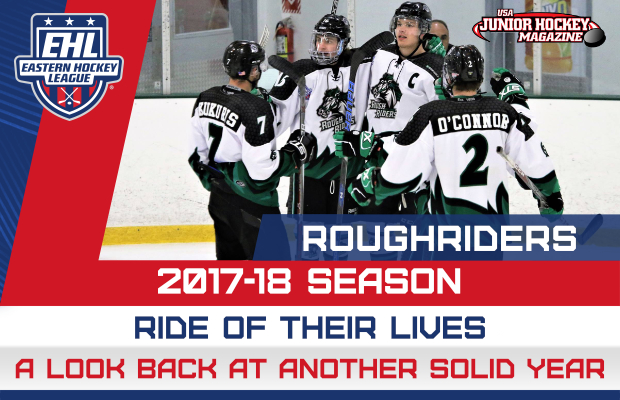 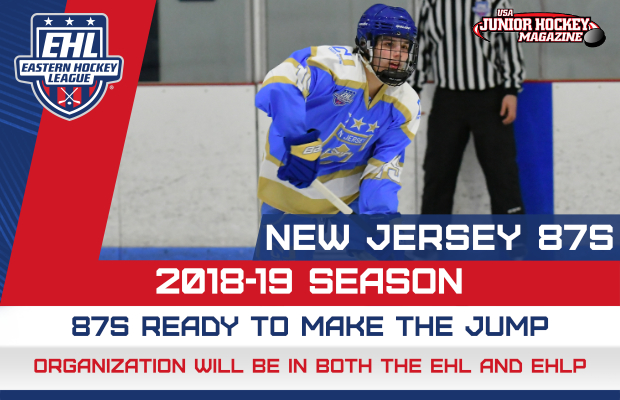