BOSTON, MA -- On Tuesday, the North American Hockey League (NAHL) held its annual draft, as the hockey calendar turns over to the upcoming 2018-19 season. In total, four former Eastern Hockey League (EHL) players were drafted, led by Dylan Schuett who was selected 6th overall by the Brookings Blizzard. The 2017-18 EHL Rookie of the Year is honored to have been selected towards the very top of the draft, and he took some time to talk about how valuable his time in the EHL was towards his development.

RAVIN - "Before the start of the 2017-18 season, were you nervous about being one of the youngest players in the EHL?"

SCHUETT - "Before the season began, I was definitely a little nervous going from playing against guys my age or a year younger at Edge, to playing against guys up to 3 years older. However it provided me with extra motivation to prove that I belonged with the older boys and could fit in with their speed and size and more mature game. I think being the youngest also took some pressure off because there were no expectations for me to live up to, especially as a new player and rookie, at the start of the season, which changed quickly."

RAVIN - "At what point last year did you realize you belonged on the same ice as all these players that were at least a couple years older than you?"

SCHUETT - "I would say it was when [Devin] Panzeca showed up around the 10-game mark; that's when I realized I belonged. It helped that I scored the first goal of the year for the Wizards, as I got that monkey off my back right away. However, when Panzeca arrived around the 10-game mark, things just took off from there. It was when he took me under his wing that I really started to excel and realized I could not only keep up, but perform with the older guys."

RAVIN - "Looking back on the year as a whole, what areas of your game were you able to improve that helped you go #6 overall in the NAHL draft?"

SCHUETT - "I don’t think it was any one part of my game that improved, but rather my game as a whole. Freddy and Kory gave me the opportunity to play in all aspects of the game, whether it was even strength, penalty kill or even power play. I became relied on for key face-offs and important situations in the game. Freddy, Kory and Adrien spent a lot of one-on-one time with me as well. On the ice it was little things, like puck control, fluidity, and hand placement on my stick. Of the ice, Adrien spent a lot of his time with me in the gym to get bigger and stronger, and to improve my strength and physicality on the ice. I gained 12 pounds throughout the season, which is more than I ever have before, and I know it was due to the the intensity of the training with Adrien."

While Schuett was the first EHL player selected in the draft, he wasn't the only one. Hayden Taylor was part of the Philadelphia Jr. Flyers that won the 2016-17 EHL Championship, and he was selected by the Lone Star Brahmas with the 21st overall pick in the draft.

Later on, Niks Krollis of the New Hampshire Avalanche was selected by the Amarillo Bulls, and Bryce Witman of the Philadelphia Revolution was taken by the New Jersey Titans. 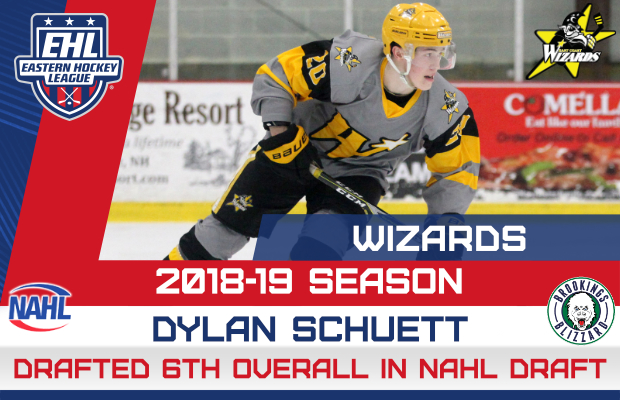 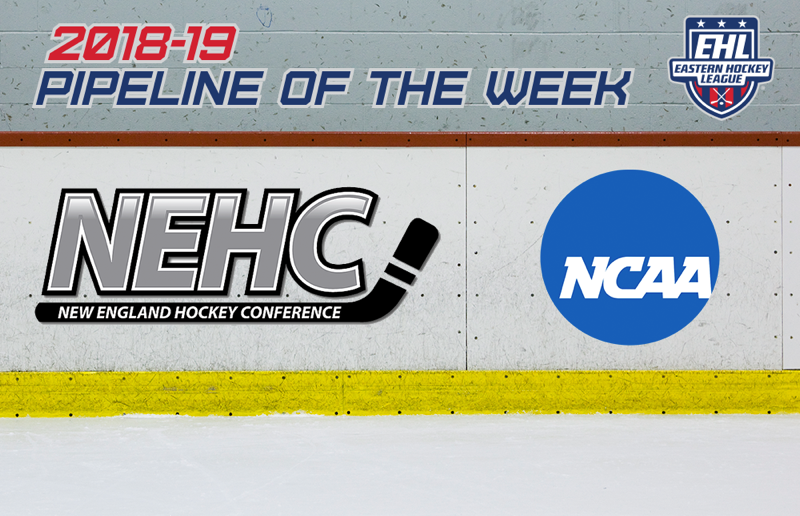 EHL Pipeline of the Week - The NEHC