This former BC High defenseman has a bright future in college hockey, largely thanks to development with the EHL's Walpole Express.

WALPOLE, MA -- Players who are 6-foot-3 and can skate don’t grow on trees. Fortunately for Walpole Express coach Jon Lounsbury, he was able to mentor one such player this season.

After graduating from BC High last spring, Ryan Campbell decided he wanted to play a year of junior hockey before matriculating to college.

The decision to skate in the Eastern Hockey League turned out to be beneficial for both player and organization.

“Coach Lounsbury has been an unbelievable coach. I couldn’t be happier with my experience with him and the Walpole Express,” said Campbell.

Campbell was a captain and a standout defenseman for BC High, but there were areas of his game that needed improvement to earn a college commitment. While the raw physical tools had always been there, adjusting to a higher pace and learning the mental aspect of the game weren’t quite where they needed to be to play at a higher level.

“Ryan is a thoroughbred. He has amazing athletic ability. He’s a great skater. He had all the tools. He can make plays. He can skate like the wind. He’s very physical,” said Lounsbury. “For him, it was decision-making. The game happens a little faster than what he was used to.”

Read more on Ryan Campbell on the official website of the New England Hockey Journal. 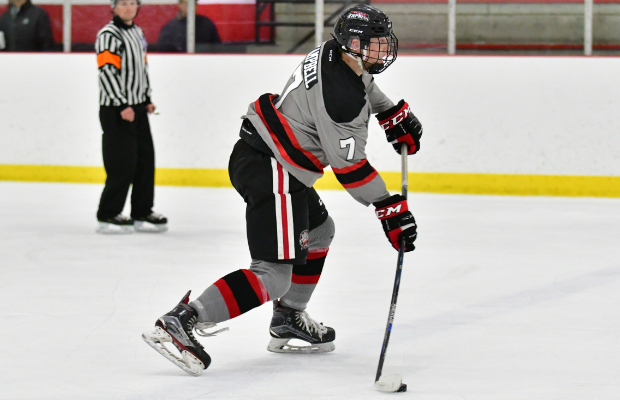