BOSTON, MA -- The Eastern Hockey League (EHL) is set to host its 2nd showcase of the season this upcoming Sunday and Monday at the Paul T. Gilmartin Memorial Arena (Haverhill, MA). Looking back at the 1st showcase, and the Mid-Atlantic Conference won 10 of the 13 cross-conference matchups against the New England Conference. The teams up North will be looking to turn the tables this time around.

We've got a 2018 EHL Playoff rematch, as the RoughRiders and Little Flyers face-off for the first time this season. Since Philadelphia bounced Connecticut in the Second Round of last year's EHL Playoffs, the RoughRiders have moved over to the New England Conference. Despite the switch, the RoughRiders will still be looking for some revenge on Sunday afternoon. These 2 teams will meet for the 2nd and final time in the regular season, during the January Showcase at Rodman Arena.

Below you'll find the full weekly schedule through Monday, and remember, next set of TSR Hockey Stars of the Week will be released following the conclusion of the showcase. Be sure to catch the #Eshow all season long on HockeyTV. 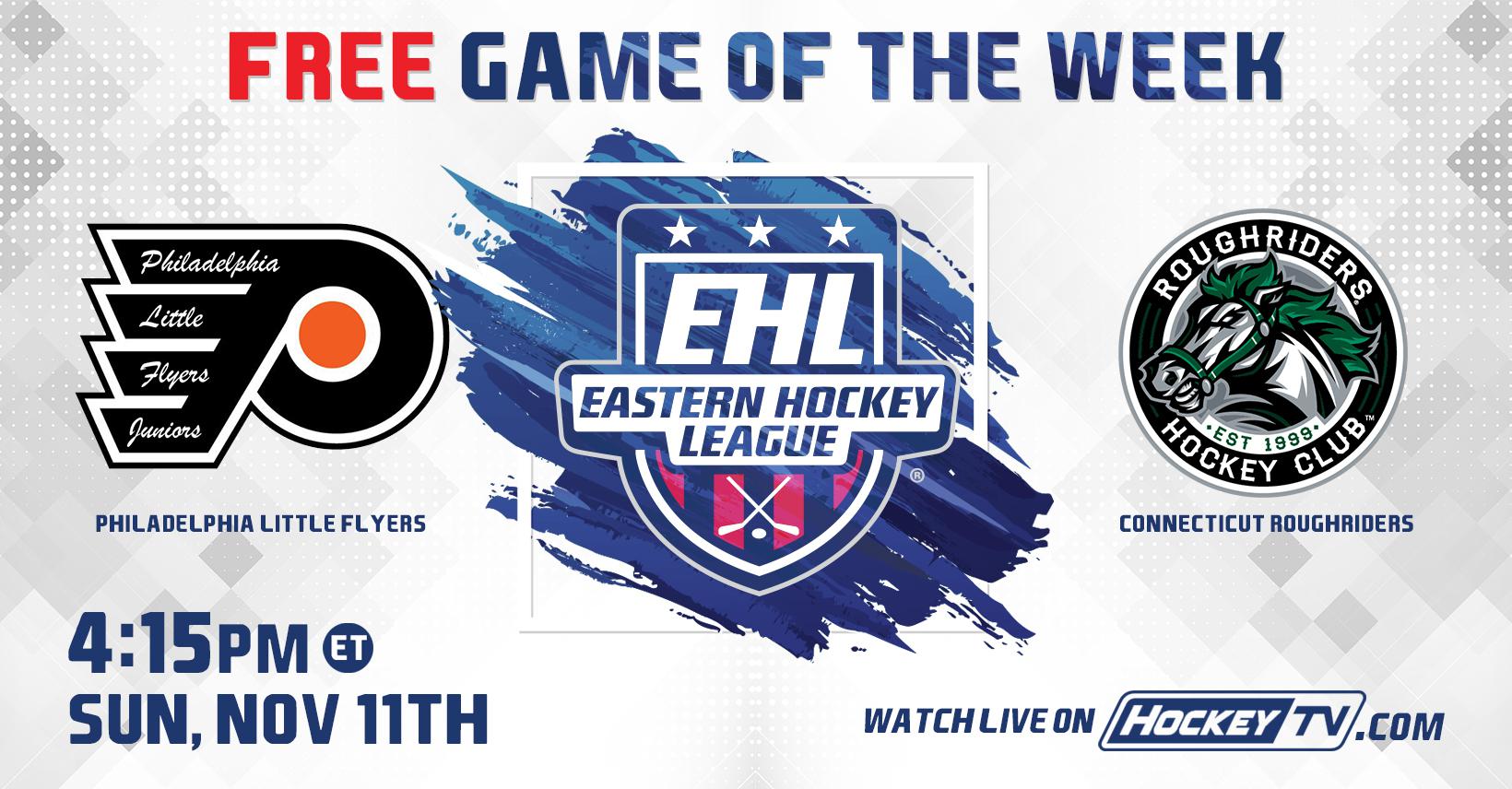