HOOKSETT, NH -- Kyler Harding, a defenseman for the New Hampshire Avalanche, has committed to Plymouth State University for the fall of 2019.

The EHL All-Star is in his first season in the league, and to date, he's tallied 19 points in 21 total games. Harding's best stretch of the season came in October,  when he tallied 13 of his points in just 10 games, and he was named the Defenseman of the Month in the EHL.

"Kyler has done a good job so far this season and he has a ton of upside," said Avalanche head coach and general manager Chris Cerrella. "He had a lot of choices, because many different schools had him on visits. I think he did it the right way by going on those visits, and then made a decision he was most comfortable with. I know he is going to be a solid addition to Coach Russell's lineup, and a great addition to the Plymouth State community. I am happy for Kyler and his family and wish him the best of luck next season."

As Cerrella mentioned, Harding had plenty of options to choose from, and a big reason why Plymouth State was on on the table was due to the chance he had to play against the Panthers during EHL All-Star Weekend. Harding and the rest of Team EHL may have lost both games that weekend, but the group of young men represented the league with tremendous class, and made it a weekend to remember for all involved.

Looking back, Harding is beyond grateful for that experience, along with all the opportunities he's already earned in his first season in the EHL.

"I am very honored to be joining Plymouth State next season," said Harding. "I felt really at home on my visit and realized it was the place I wanted to be for my academic and athletic career. I would like to thank Coach Russell and his staff for believing in me as an inspiring student-athlete and giving me this opportunity. I would like to thank Coach Cerrella, Mario Martiniello, and the rest of the New Hampshire Avalanche organization. The Avalanche run a first class organization that cares about their players achieving their goal of playing college hockey. I am glad that I made the decision to play for them this season. I would like to thank Neil Liston and my billets, the Forbes Family, for everything they have done for me over the years. I would like to also thank my parents, as without their overall support none of this would have ever come true for me. Lastly, I want to thank my teammates, without you all helping me and pushing me every day I would not have found the individual success I am having this season. Thank you to everyone who has helped me along the way. I am looking forward to finishing my season with the Avs and heading to Plymouth State next fall."

The Avalanche have 3 games left before the holiday break, starting with matchups against the North Carolina Golden Bears and the Philadelphia Little Flyers at this week's showcase. New Hampshire will then close out the first half at home, next Wednesday against the Vermont Lumberjacks. 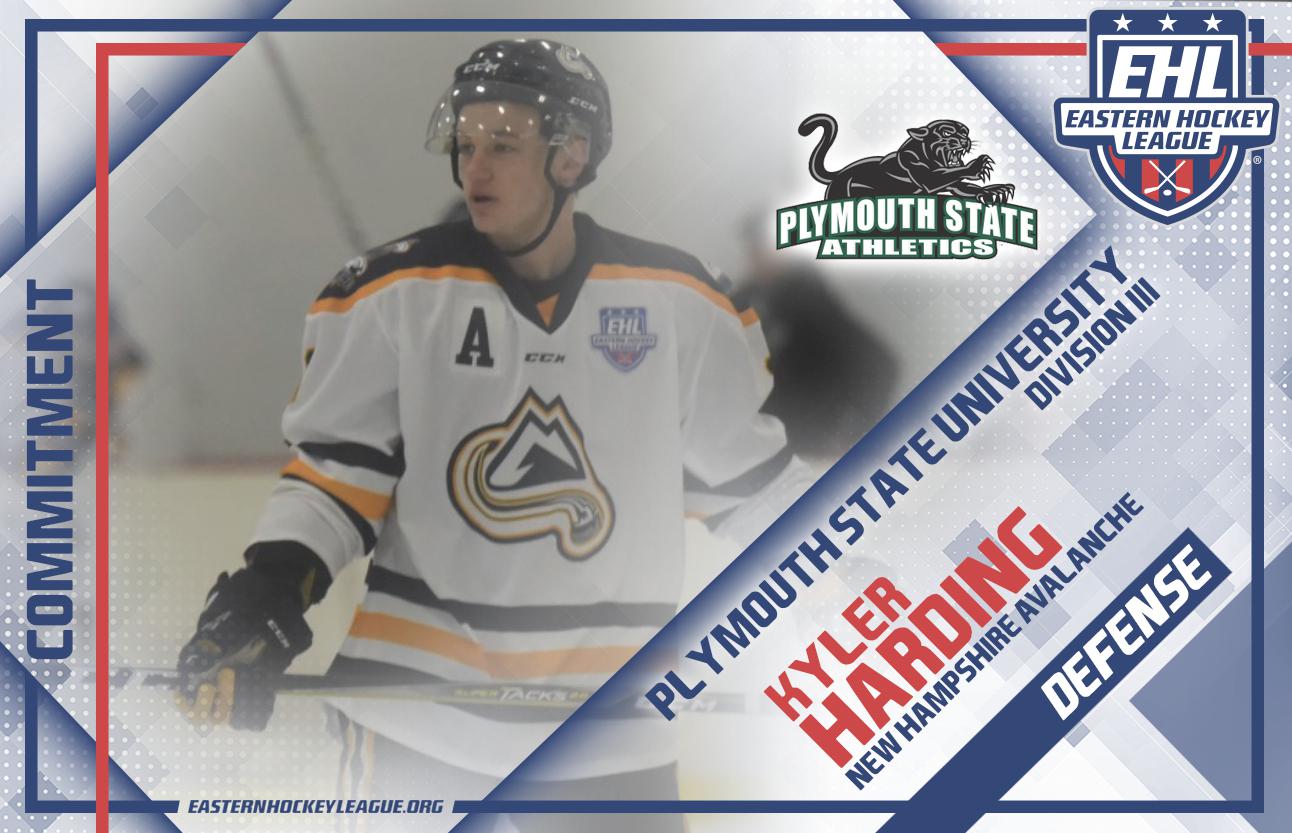