87s Forward Set to Join Dutchmen for 2nd Half

MIDDLETOWN, NJ -- Alex Borowiec, a forward for the New Jersey 87s, has committed to Lebanon Valley College for the 2nd half of the 2017-18 season.

Borowiec joined the 87s in mid-October, and took full advantage of his short stint in the Eastern Hockey League (EHL). The '98 played in 17 games for New Jersey, and during that time, he scored four goals and dished out 18 assists. The 22 total points that Borowiec amassed were spread throughout 14 different games, as the talented playmaker was only held off of the scoresheet three times.

"It's bittersweet," said 87s head coach and general manager Adam Houli. "It is our job to get him to the next level; we got him here and he really embraced trying to develop his game as best as he could. His play has been tremendous in the last three weeks, and now he will take it into the college game in January."

As Houli mentioned, Borowiec was beginning to hit his stride in the EHL, which will hopefully transfer right over to the collegiate game. Not many players have the opportunity to commit and join a program midway through the season, and for that reason, Borowiec is very grateful.

"I came here in October and Coach Houli gave me an opportunity to play here," said Borowiec. "I had a couple of different colleges to choose from, and Lebanon Valley is a great fit for me and I'm excited to jump right into it, and help them compete for a championship this year. Adam and Matt have done a great job here in Middletown. I've been given the opportunity to come here and be a top guy, and I was able to work very hard with all of my linemates. It was great working with those guys, and they were great to me, and I think I've become a much better hockey player since coming here."

Looking ahead, Borowiec will get the chance to jump right into the action as Lebanon Valley is set to face-off in the Boston Landing Collegiate Invitational, on January 4th and 5th.

As for the 87s, New Jersey will begin the 2nd half as the #2 seed in the Mid-Atlantic Conference, with a record of 22-5-0. The schedule is tough throughout the rest of the year, starting back up again with a pair of matchups against the East Coast Wizards (January 4th and 5th). 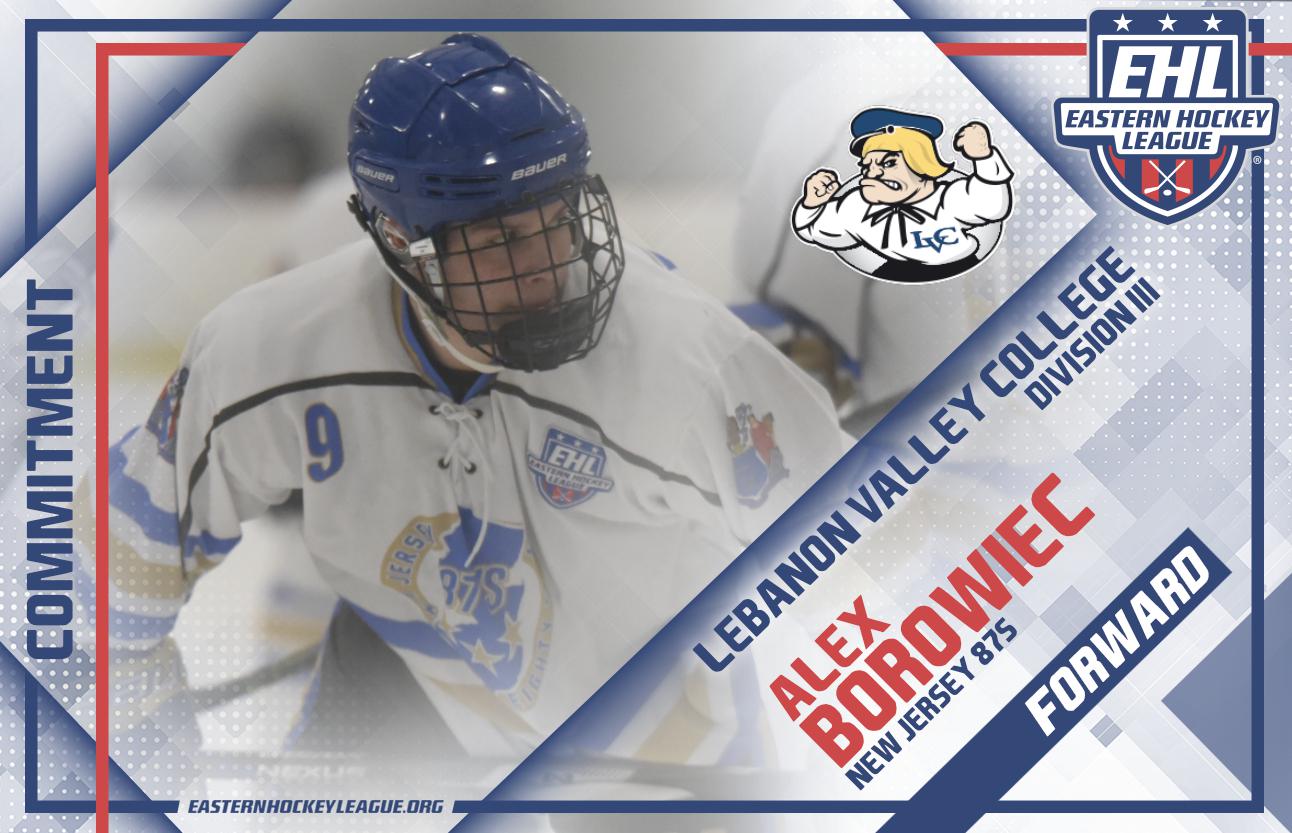