HOOKSETT, NH -- Conor Leach, a forward for the New Hampshire Avalanche, has committed to Western New England for the fall of 2019.

The '98 native of Latham, NY is in his second season with the Avalanche, and to date, he's tallied 30 points in 46 career games in the Eastern Hockey League (EHL).

"To play college hockey you need grit, speed, and hockey awareness, and Leach has a combination of all of those aspects," said Avalanche head coach and general manager Chris Cerrella. "He is one of the hardest working and most dedicated players I have ever coached, and I think he has set the mark for what being an Avalanche player is all about. He believed in the process, kept his head down, and has earned this opportunity to not only play hockey at Western New England, but to also be part of their very competitive engineering program. Conor is going to do a great job on the ice and in the classroom, and is a fantastic addition to the WNE community. I know Coach Heffernan is excited to be adding Conor to his locker room, and I could not be more proud of Leach.  He will be hard to replace, but he has set a mark for all the players in the future that get to wear the Avalanche jersey. I wish Conor and his family nothing but the best."

As Cerrella mentioned, Leach has just kept working throughout his time in the EHL. After playing in 22 total games last year, Leach strived for more this year. By November 12th he had already surpassed his point total from the previous season, and he has continued to develop as the year has progressed. Leach is a big reason why the defending EHL Champions are 21-4-0 through their first 25 games, and they've got their eyes set on Providence once again.

"It almost feels surreal to finally achieve the one goal I have been chasing for the past three years," said Leach. "I want to thank Coach Cerrella and the entire Avalanche organization for all the support on and off the ice. I want to thank all of my teammates for always pushing me along my journey. Most of all, I want to thank my family for giving me the opportunity to continue doing what I love. I am very excited to spend the next four years at a school that fits me as well as Western New England."

Looking ahead, Leach and the Avalanche will return from break on January 9th, for a matchup with the Connecticut Chiefs. Following that game, New Hampshire has 19 games left to solidify their seed in the EHL Playoffs. 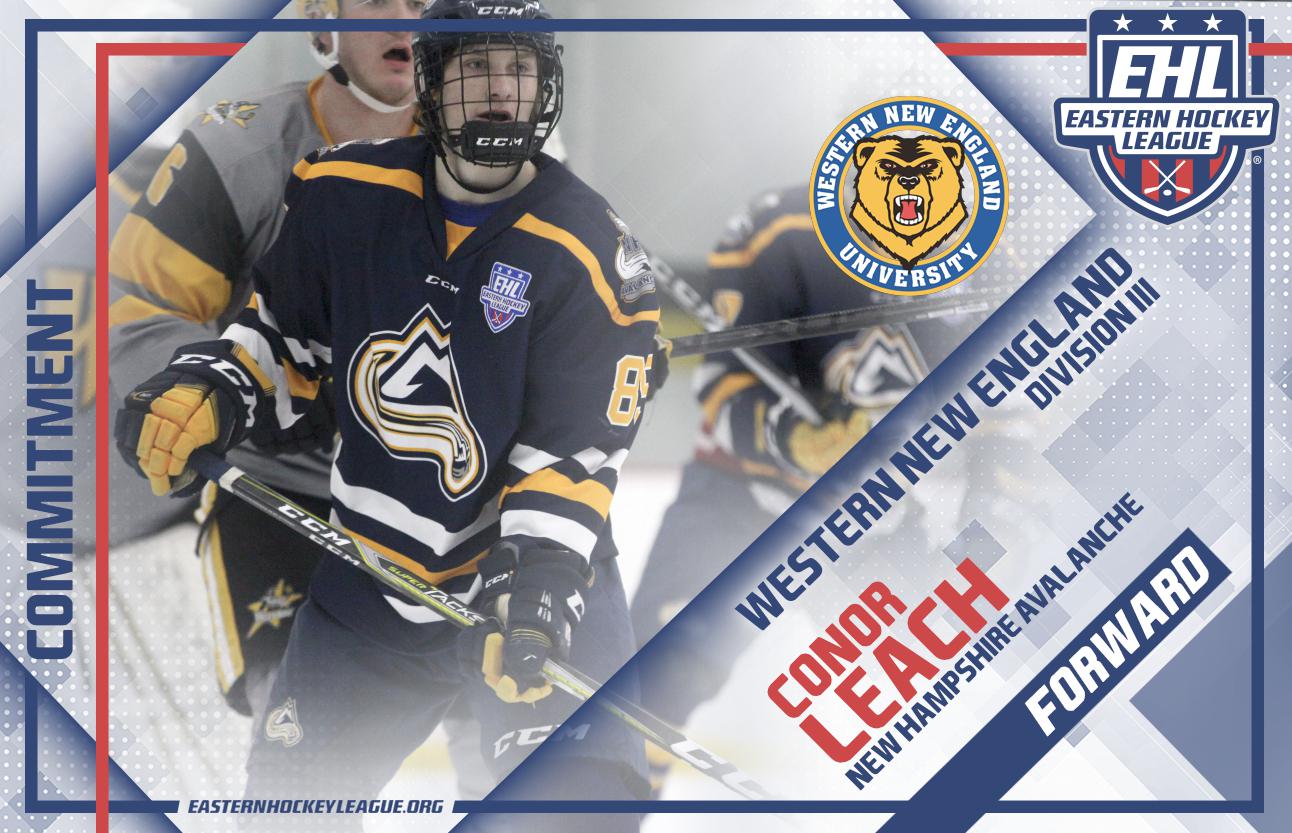