RoughRiders Travel to Vermont for the GOTW

BOSTON, MA -- The fourth and final showcase of the 2018-19 season is now officially in the rearview mirror, and all the focus turns towards the upcoming Eastern Hockey League (EHL) Playoffs. A total of 129 games remain to determine who's in and who's out of the postseason.

The RoughRiders and Lumberjacks hit the ice for the first time as New England Conference opponents. Saturday's matchup is a potential playoff preview, with the second and final meeting of the regular season scheduled for February 24th at the SoNo Ice House.

Below you'll find the full upcoming schedule through Tuesday the 22nd, and the next set of TSR Hockey Stars of the Week will be released that afternoon at 4:00pm. Remember to catch the #Eshow all season long on HockeyTV. 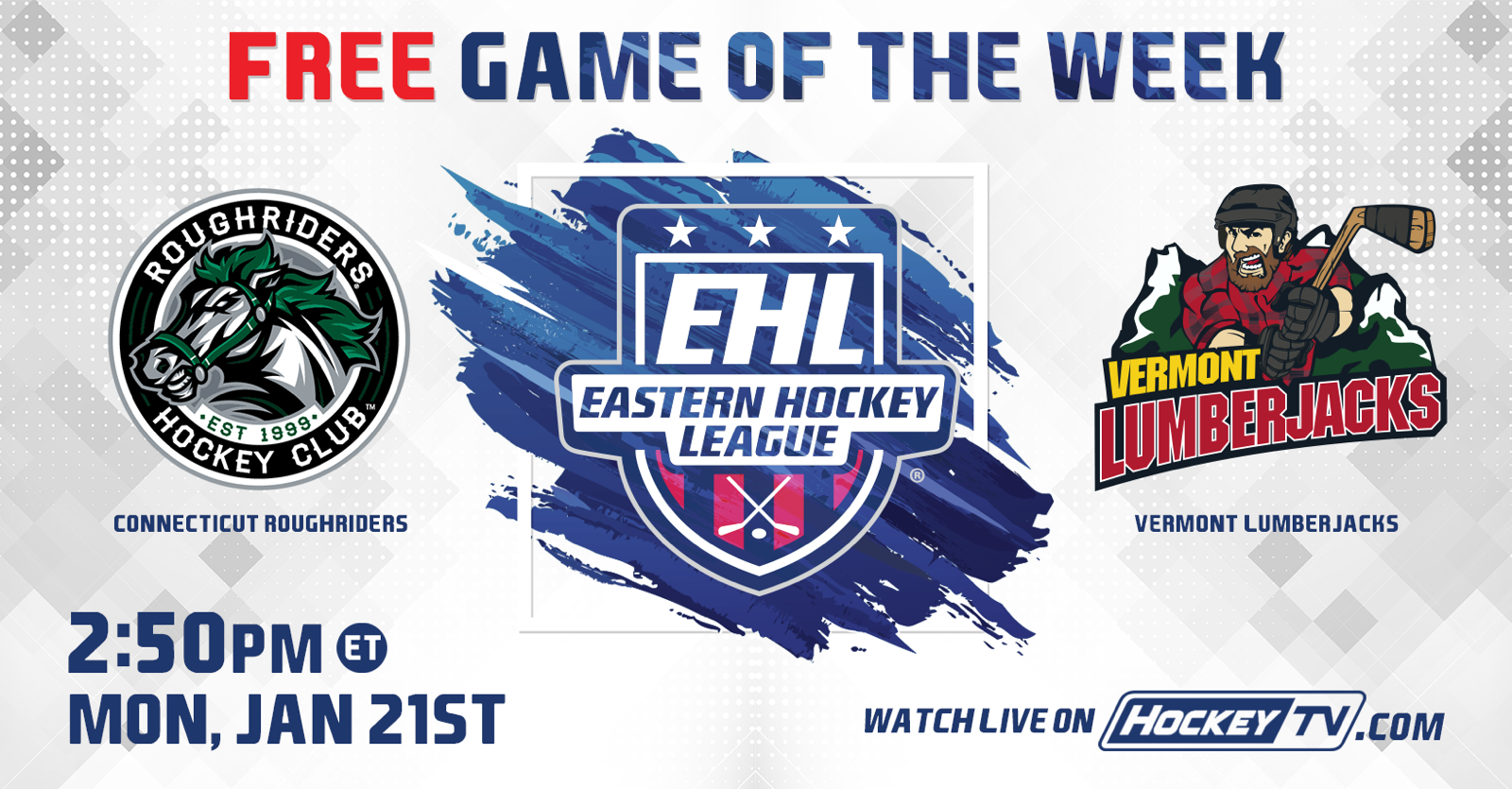