WEST CHESTER, PA -- Michael Houlihan, a forward for the Philadelphia Jr. Flyers, has committed to Nazareth College for the fall of 2019.

The '98 native of Anchorage, AK is in his first season with the Jr. Flyers, and to date, he's tallied 40 points in 30 total games in the Eastern Hockey League (EHL).

"He has come in and worked really hard to be the player he is," said Jr. Flyers head coach and general manager Jerry Domish. "He is always asking me questions and trying to get better every day. He has improved defensively and has become better at using all the players around him instead of being one dimensional. I think he will be able to be a top six forward from the start. He will be able to provide lots of offense for Nazareth while he adjusts his game to the next level. I know he will be very successful.”

As Domish mentioned, Houlihan has gotten better as the season has progressed, and he's proven to be the offensive catalyst for his team. With this being his first season in the EHL, the veteran forward gives a lot of credit to both his team and the league.

“It has been a great experience playing for the Jr. Flyers, all of the guys clicked right away," said Houlihan. "It was like walking into the locker room halfway through a season. That really helped me elevate my game to where it is now, because I knew they had my back since day one. Also, Jerry [Domish] has helped me on the ice as well to make me a better hockey player. On the ice, I’ve learned how to read the play faster which in turn helps with making quicker decisions. I’ve also been pushing myself to go as hard and fast as I can in practice, so I am challenging myself every day and making myself a better player. I’ve been living with three of my teammates instead of a billet this year. I realized life is all about hard work as well as smart work. I have been working at the rink three days a week for five hours a day, so I am at the rink until around 9:00pm most nights. It has taught me how to plan for my whole day instead of just worrying about hockey. It is similar to having two jobs, with hockey being the first of course. In the gym, the team trainer Austin has taught me how to eat healthy and keep my weight during the season, which has been a struggle for me in the past. He has also made me a stronger and faster player on the ice.”

Looking forward, Houlihan is working his way back from an injury, but knows the future is still very bright. His ultimate goal was always set towards NCAA hockey, and now he's made that a reality. 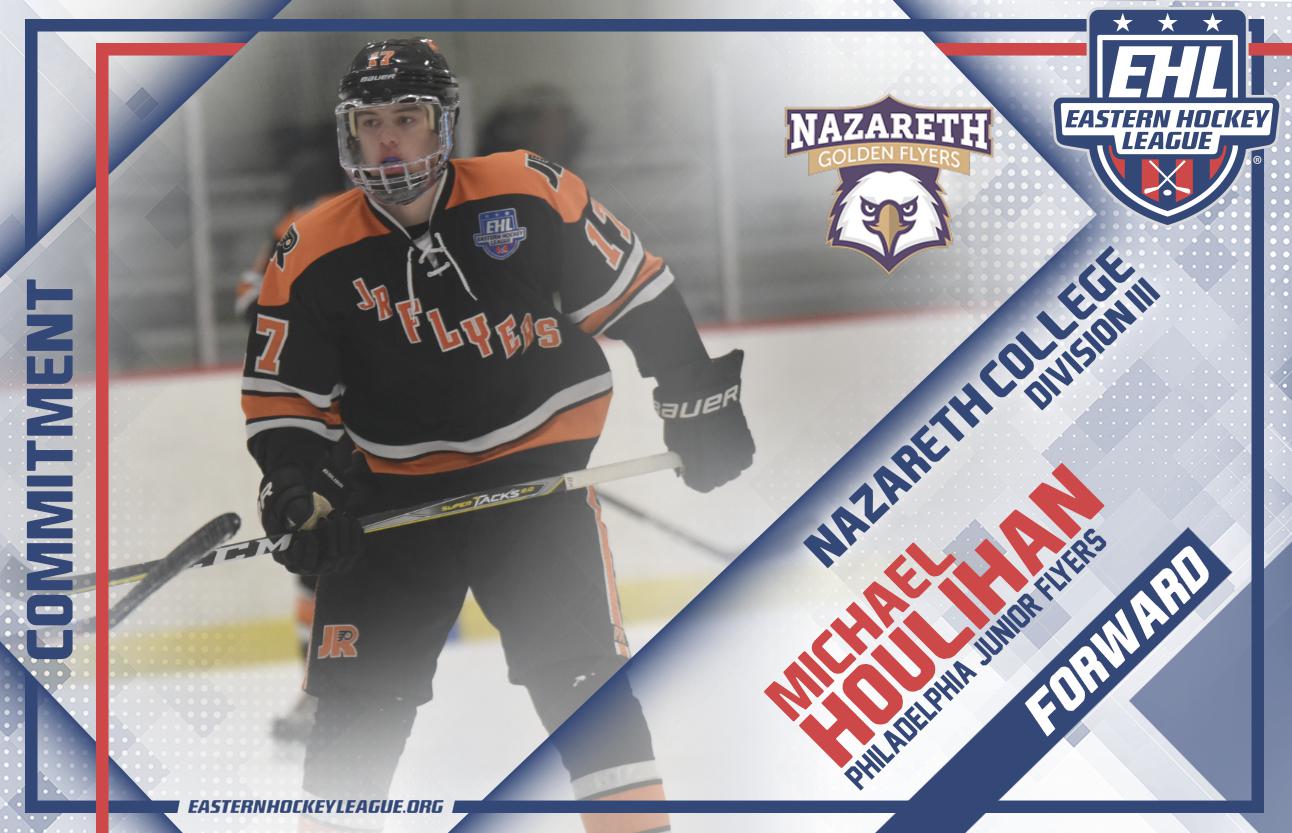