BOSTON, MA -- We've reached the final 36 games of the 2018-19 regular season in the Eastern Hockey League (EHL). The 12 postseason teams have been determined, but the final seeds for the EHL Playoffs have yet to be officially clinched. With action on every day the rest of the way, the intensity will crank up to another level.

Back-to-back week's in the spotlight for the Lumberjacks, as Vermont hits the road for a big matchup in southern Connecticut. In the second to last weekend of the regular season, these two points are key for both teams in the New England Conference.

Below you'll find the full upcoming schedule through Monday the 25th, and the next set of TSR Hockey Stars of the Week will be released that afternoon. Remember to catch the #Eshow all season long on HockeyTV. 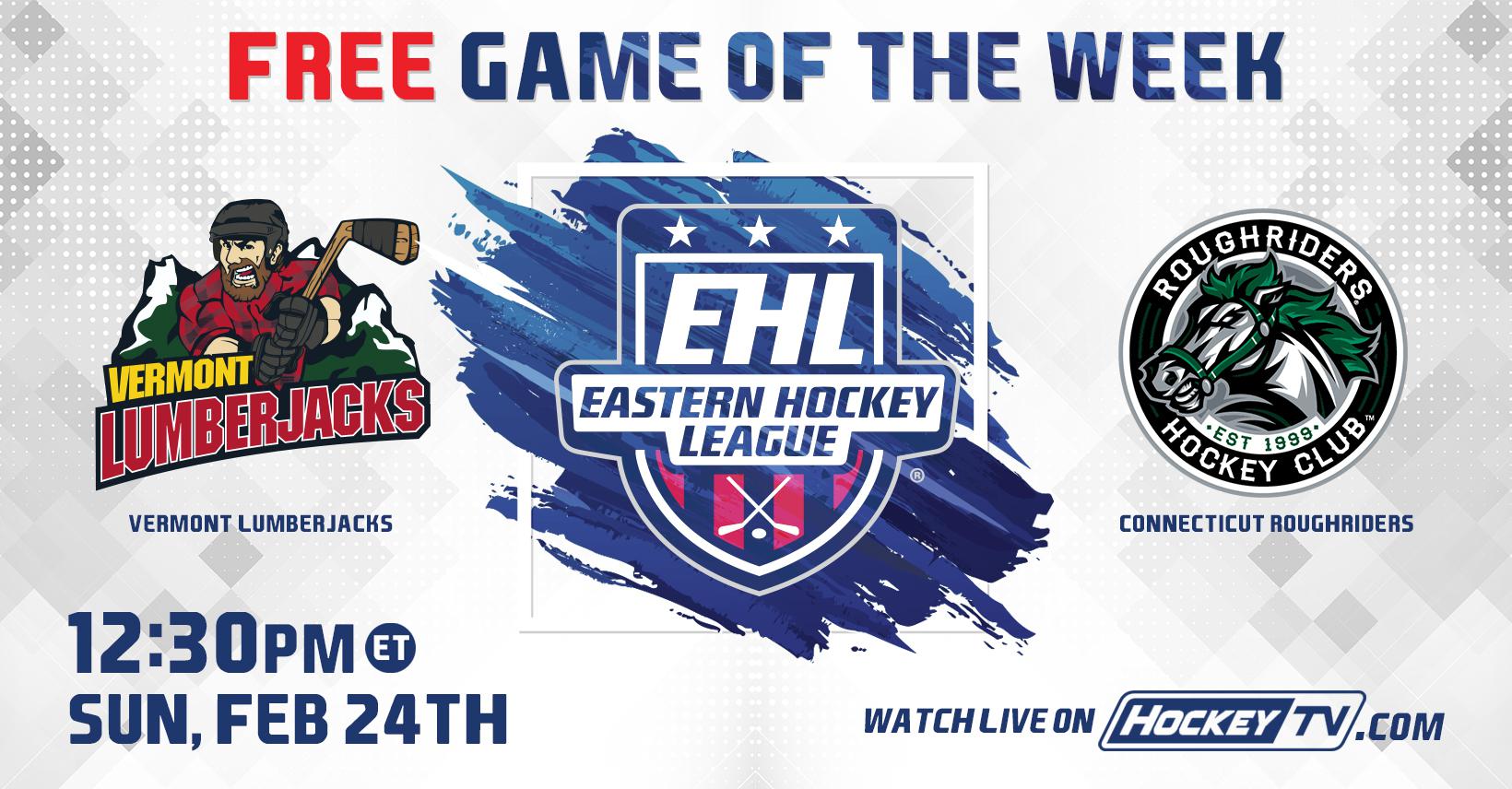