BREWSTER, NY -- Connor Woolley, a forward for the New York Applecore, has committed to Salem State University for the fall of 2019.

The '98 native of Goshen, NY is in his first full season with the Applecore, after joining the club during the month of November last year. Overall, dating back to a pair of games he played during the 2015-16 campaign, Woolley has tallied 47 points in 71 career games in the Eastern Hockey League (EHL).

Woolley is set to join his teammate, Race Bennett, who made the same decisionas him this past week. Woolley and Bennett are Vikings' commits #9 and #10 for the EHL since the league was formed back in 2013, and they also bring the grand total up to 125 in terms of players that have moved on to programs within the Massachusetts State Collegiate Athletic Conference(MASCAC).

Looking ahead, the Applecore would be the #6 seed in the Mid-Atlantic Conference if the playoffs started today. They will look to improve on that position with home matchups this weekend against the New Jersey 87s and the Wilkes-Barre/Scranton Knights. 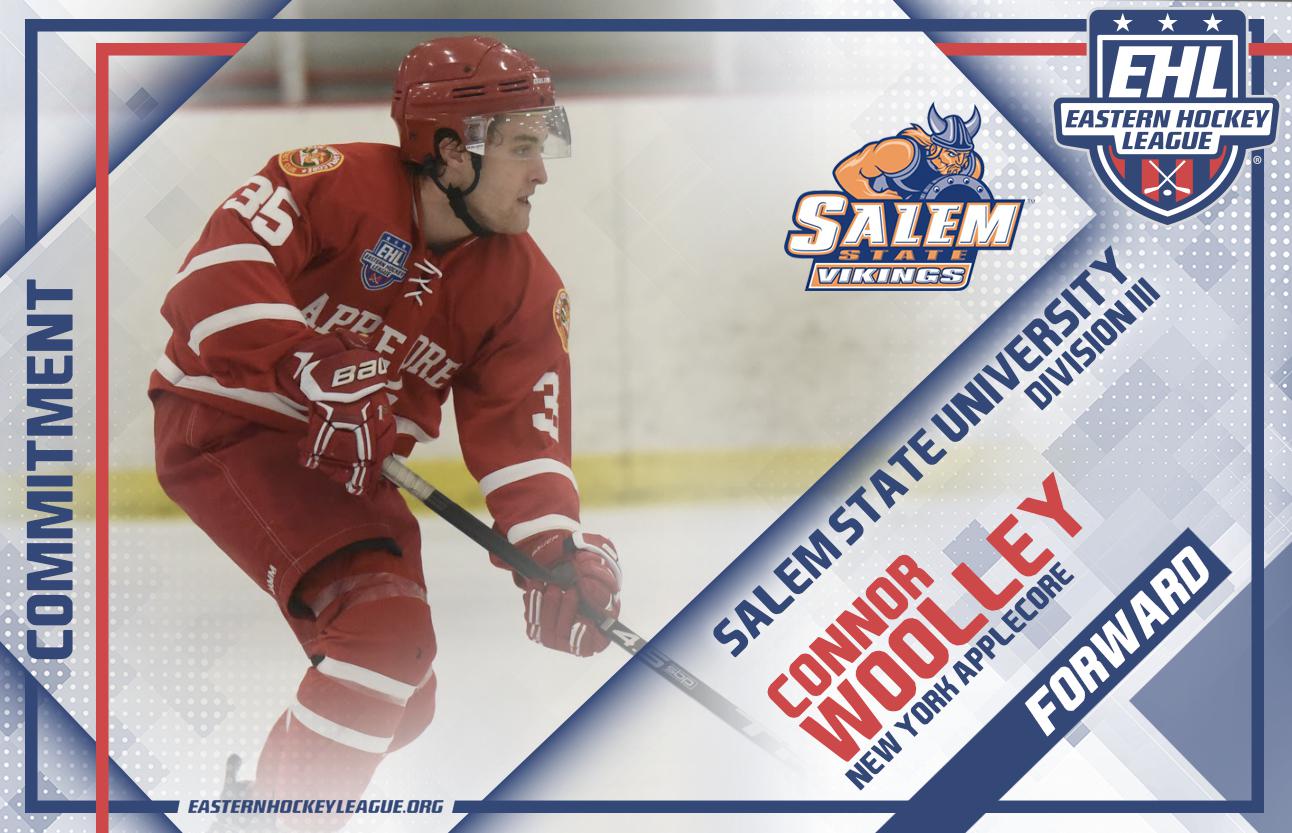