WALPOLE, MA -- Nick Terry, a forward for the Walpole Express, has committed to Worcester State University for the fall of 2019.

"Nick has gone above and beyond for his team this season," said Express head coach and general manager Jon Lounsbury. "His ability to adapt to his role and situational play has been second to none. We had some injuries early on to our D-core and Nick stepped up and transitioned to defense. In my opinion, this transition has made Nick more valuable to playing at the next level. I have no doubts that he will have a great college career."

Overall, Terry has scored a pair of goals to go along with five assists so far this season. Those numbers don't truly show how well Terry has played defensively, but the 47 points he tallied last year at the EHLP level shows just how well-rounded of a player he really is. Terry is beyond grateful of his time in Walpole, and he took some time to show his appreciation.

"I'm very excited to be attending Worcester State University in the fall," said Terry. "I would like to thank my family, friends, and teammates for all the support throughout my journey to playing NCAA hockey. I can't thank Coach Lounsbury enough for the support he has given over the past two seasons. Go Lancers!"

Terry and the Express have just a pair of games remaining this season, tomorrow against the Connecticut Chiefs and next Friday against the Valley Jr. Warriors. 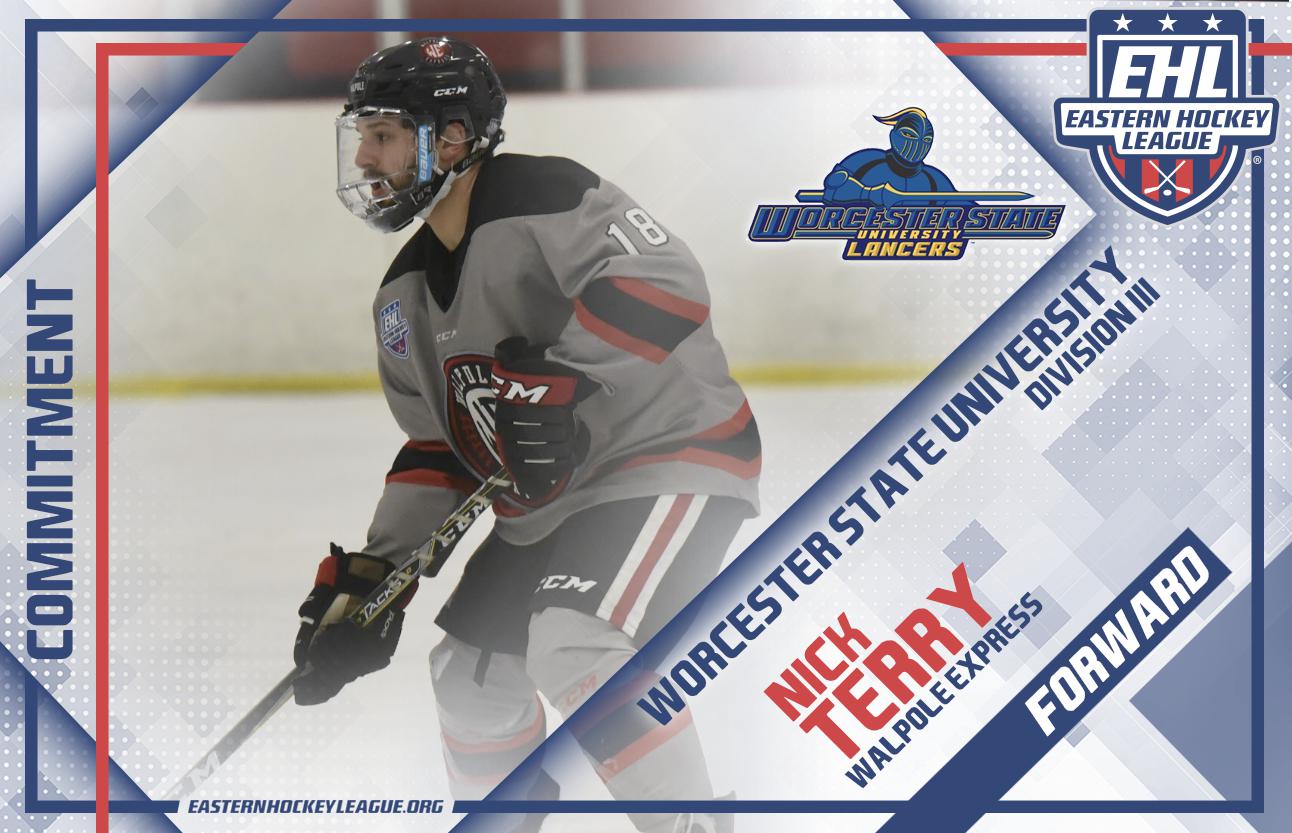