Avalanche Forward Heading to the NESCAC this Fall

HOOKSETT, NH -- Wiggle Kerbrat, a forward for the New Hampshire Avalanche, has committed to Wesleyan University for the fall of 2019.

The '98 native of Laguna Niguel, CA is in his second season in the Eastern Hockey League (EHL), and his first full year with the Avalanche. After joining the club in early February this past season, Kerbrat tallied 11 points in 14 games (regular season and playoffs). To date this season, the talented scorer has been one of his team's offensive catalysts, with 64 points in 40 total games.

"Wiggle has been great this season, not only for us, but for the EHL," said Avalanche head coach and general manager Chris Cerrella. "He is an outstanding young man and a very good student, and his goal was to play in the NESCAC, it was just figuring out where was the key. After visiting Wesleyan it became a top choice for Wiggle as he wanted to go to a school not only with a strong hockey program, but also high end academics; he achieved both of his goals choosing Wesleyan. Wiggle is going to be a great addition to the Wesleyan community. I could not be happier for him and his family and wish them nothing but the best."

As Cerrella mentioned, Kerbrat has been a great player in the league this season, both for the Avalanche as well as for the EHL as a whole. Kerbrat was a member of this year's EHL All-Star team that made the three days in October a weekend to remember for the league. Kerbrat is beyond grateful to have received this opportunity, and he took some time to show his appreciation.

"I would like to thank my teammates, coaches, mentors, and Coach Cerrella and the New Hampshire Avalanche organization for helping me achieve my goal of playing college hockey," said Kerbrat. "I would also like to thank my parents for all of their support through this process, as it has been a long road. I am excited to attend Wesleyan University with its rigorous academic standards, and be a part of its competitive hockey program."

Kerbrat and the Avalanche have clinched the North Division of the New England Conference, and thus earned a bye in the First Round of the EHL Playoffs. Looking ahead, New Hampshire will look to stay hot on their way to the postseason, with five total games remaining in the regular season. 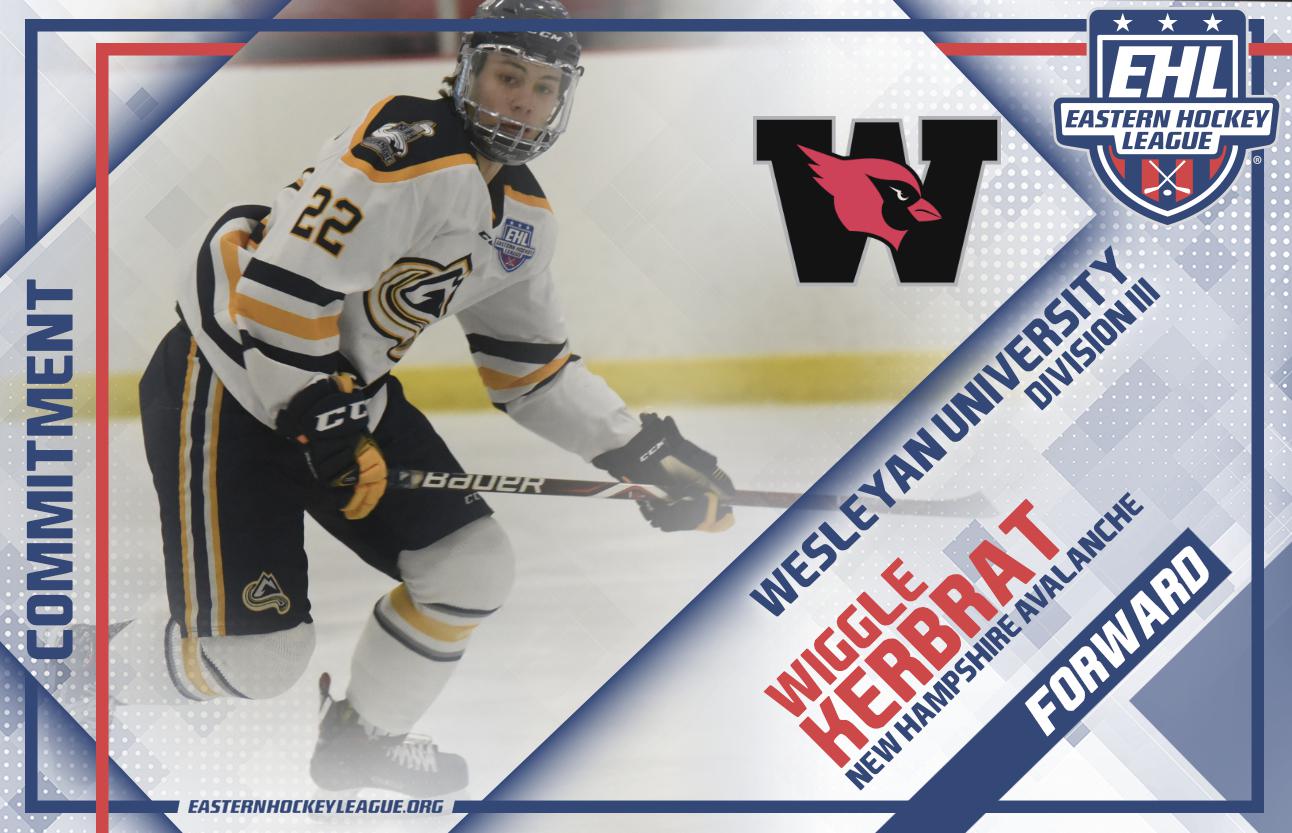