DENNIS, MA -- Kolton Smith, a forward for the Seahawks Hockey Club, has committed to Framingham State University for the fall of 2019.

The '98 native of Tomah, WI is in his second season with the Seahawks, and to date, he's tallied 47 points in 92 career games in the Eastern Hockey League (EHL).

"Kolton has been an iron man for the Seahawks since entering the EHL, meaning he has not missed a game since the conception of the Seahawks Hockey Club," said Seahawks head coach and general manager Bill Zaniboni. "Kolton is a true warrior, both on and off the ice. He can play both forward and defense and has played a big role in building the foundation of the Seahawks. We are very excited for Kolton and his family."

As Zaniboni mentioned, the Seahawks have relied heavily on Smith, ever since the team kicked-off their inaugural season this past fall. Smith is traditionally a forward, but he's also dropped back to the blue line this season, especially as of late when his team has needed him most. Overall Smith is the 20th player in league history to commit to join the Rams, and the 126th player to choose a program in the Massachusetts State Collegiate Athletic Conference (MASCAC).

"I am excited to announce that I will be furthering my education and hockey careers at Framingham State University," said Smith. "I would like to thank Coach Bill for helping me develop as a player and as a man over the last three seasons. I would also like to thank my family for everything they've sacrificed to make this possible."

Looking ahead to March, the Seahawks will enter the postseason for the first time in franchise history, and they will seek to sure up the home-ice advantage with four road games remaining in the regular season. 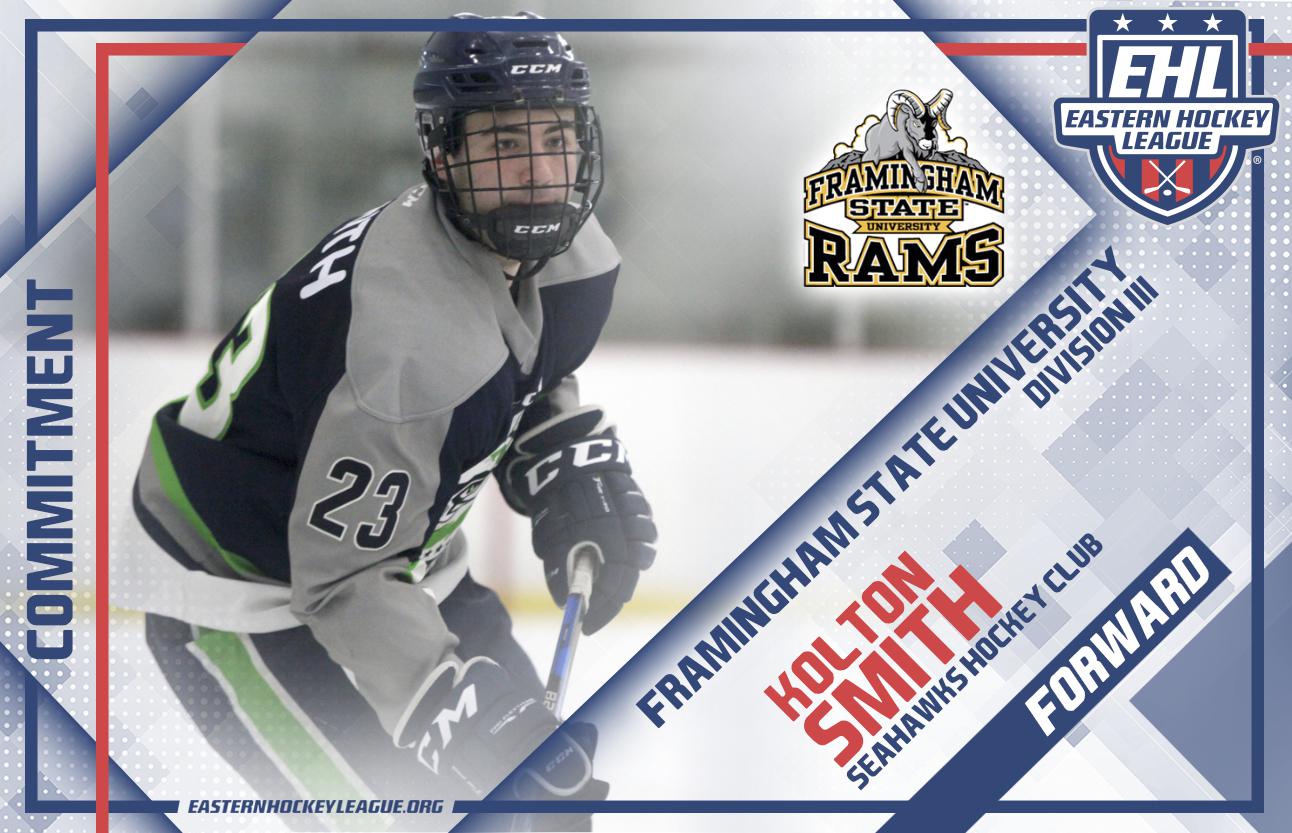