The '98 native of Freeport, ME is in his second season with the Express, and to date, he's tallied 29 points in 91 career games in the Eastern Hockey League (EHL).

"Sam has been a lead by example player for us the past two seasons," said Express head coach and general manager Jon Lounsbury. "His work ethic and drive to get better has never wavered and he is willing to do whatever it takes to be successful. I'm incredibly proud of Sam and his decision. I couldn't think of a better fit and he is certainly going to be very difficult to replace."

Johnson is the first EHL player to commit to Saint Michael's College this season, and the 12th player to make this decision since the league was formed back in 2013. Overall, Johnson gives a ton of credit to Lounsbury and the Express organization.

"I am very excited to be attending Saint Michael’s in the fall. I would like to thank my family, friends, and teammates for all the support throughout my journey to college hockey," said Johnson. "I would also like to thank all my coaches, especially Coach Lounsbury and the Walpole Express for the endless support along the way."

Walpole has just one game left this year, as the team's captain will look to lead the way on Friday against the Valley Jr. Warriors at Noon. 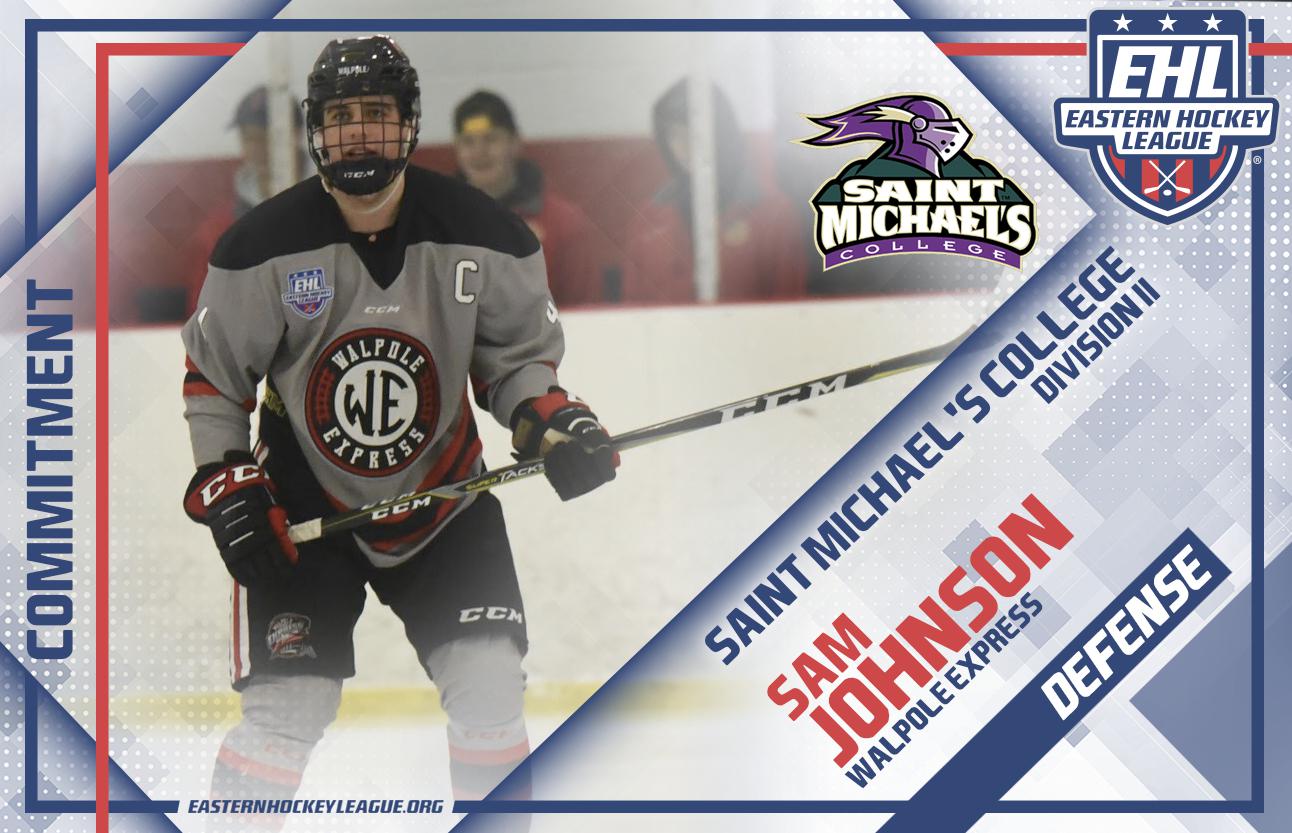