NORWALK, CT -- Andrew Ray, a forward for the Connecticut RoughRiders, has committed to Southern New Hampshire University (SNHU) for the fall of 2019.

The '98 native of Cumberland, ME is in his second season with the RoughRiders, and to date, he's tallied 44 points in 87 career games in the Eastern Hockey League (EHL).

"Andrew is a hard-working forward who plays a consistent game," said RoughRiders head coach and general manager Eric Lind. "Offensively, he has a solid shot and keen playmaking ability, too. He is speedy skater and is a danger on the rush.”

When Ray arrives at SNHU this fall, he will join a pair of his 2017-18 teammates in Gustaf Arfelt and Alex Ring. Ray is the first EHL player to commit to join the Penmen this season, and the 22nd player to make this decision in league history. SNHU has always heavily recruited the EHL, and with Ray's commitment, the streak has been extended to at least one player per season since the league was formed back in 2013.

Looking ahead, Ray and the RoughRiders would be the #6 seed in the New England Conference if the playoffs started today. However, Connecticut still has one game left in the regular season, and it's a huge matchup for the team on Saturday against the Boston Jr. Rangers. The game could very likely determine which team is home in their upcoming First Round series in the EHL Playoffs. 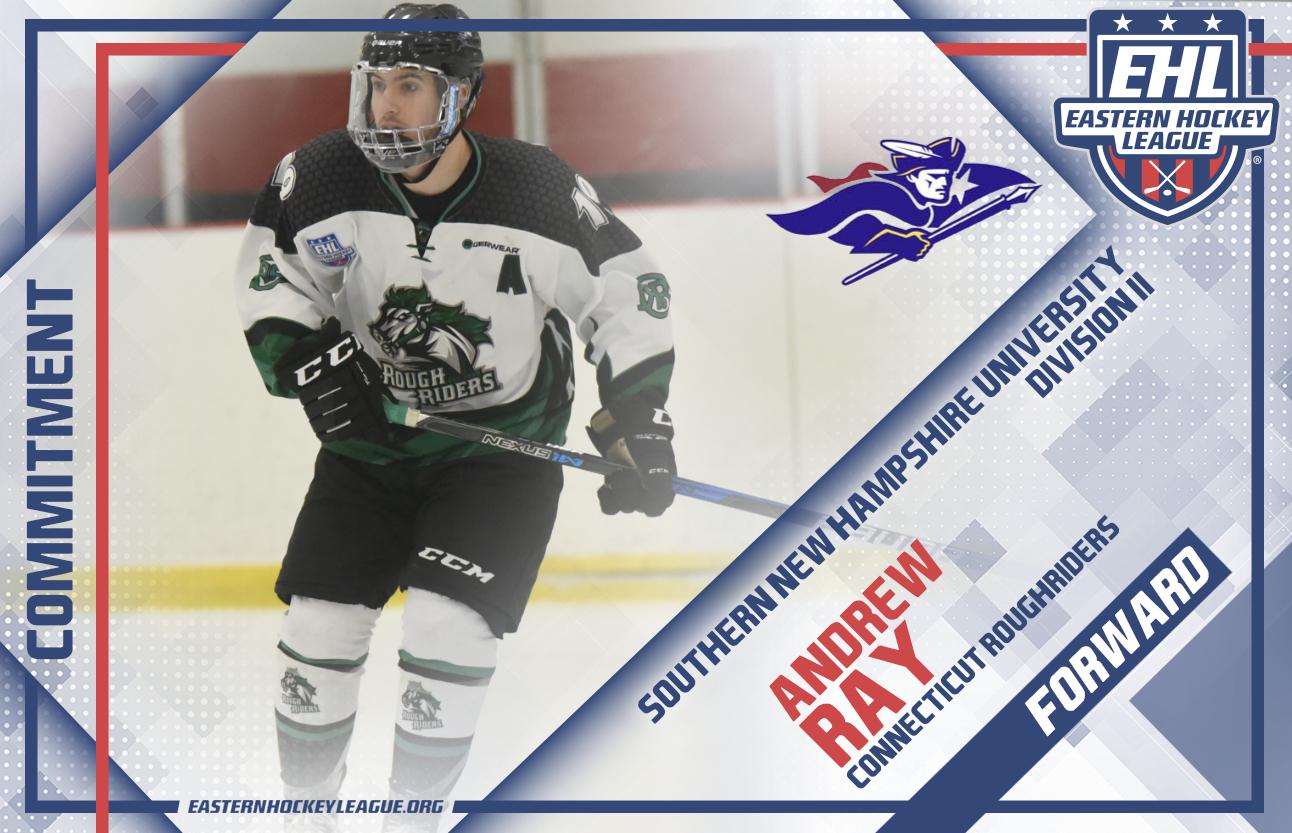