MIDDLETOWN, NJ -- Ryan Gilroy, a forward for the New Jersey 87s, has committed to Albertus Magnus College for the fall of 2019.

The '98 native of Wilmington, DE is an alumnus of the Eastern Hockey League Premier (EHLP), where he tallied 14 points during the 2016-17 season. Gilroy then made the jump up to the Eastern Hockey League (EHL) level this past year, splitting the 2017-18 campaign between the Walpole Express and the Philadelphia Jr. Flyers. Now in New Jersey, Gilroy has hit the ice for just under 70 career games in the EHL, tallying 11 total points during that time.

"Ryan has been in the junior game for a few years now, has taken his bumps and bruises, and came here with a goal in mind, and that was to get to that next level," said 87s head coach and general manager Adam Houli. "He's put in the work and now he gets a chance to go in the fall and see what he can do at the NCAA level. He was a very raw player coming in, he bought into our system and our work ethic, and it has shown. Albertus will get a player that can walk in, give it his all, and adapt to their systems. He's very versatile in that sense, and it showed this year as an 87 and now as a future NCAA athlete."

As Houli mentioned, it has been a long, but rewarding road for Gilroy. Looking back on the single season he spent in the EHLP, and Gilroy developed that year with the Walpole Express. At the time it was the forward's second season of junior hockey, and it helped prepare his game for the top level of the EHL. Gilroy took some time to talk about the new weight off of his shoulders, as well as how happy he is to have ended his junior career with the 87s.

"There's a lot of pressure going into your 20-year-old season to find a commitment," said Gilroy. "Once you do it, it lifts a weight off your shoulders, and I couldn't be happier in joining a school like Albertus Magnus. This is definitely the best team I've been around. The hockey knowledge, the speed of the game picking up, and being able to think faster rather than just taking your time to make plays; it's been fun and I've been learning a lot. I think the team has done a great job preparing me for the college level."

Gilroy will now look to continue to help push the 87s in their first year in the EHL. New Jersey has just one game left in the regular season, before they get a well-earned rest in the First Round of the EHL Playoffs. We're still a long ways away from learning who the 87s will face-off against in the Second Round, but Gilroy and his teammates are ready for the challenges that are set to arrive in the postseason. 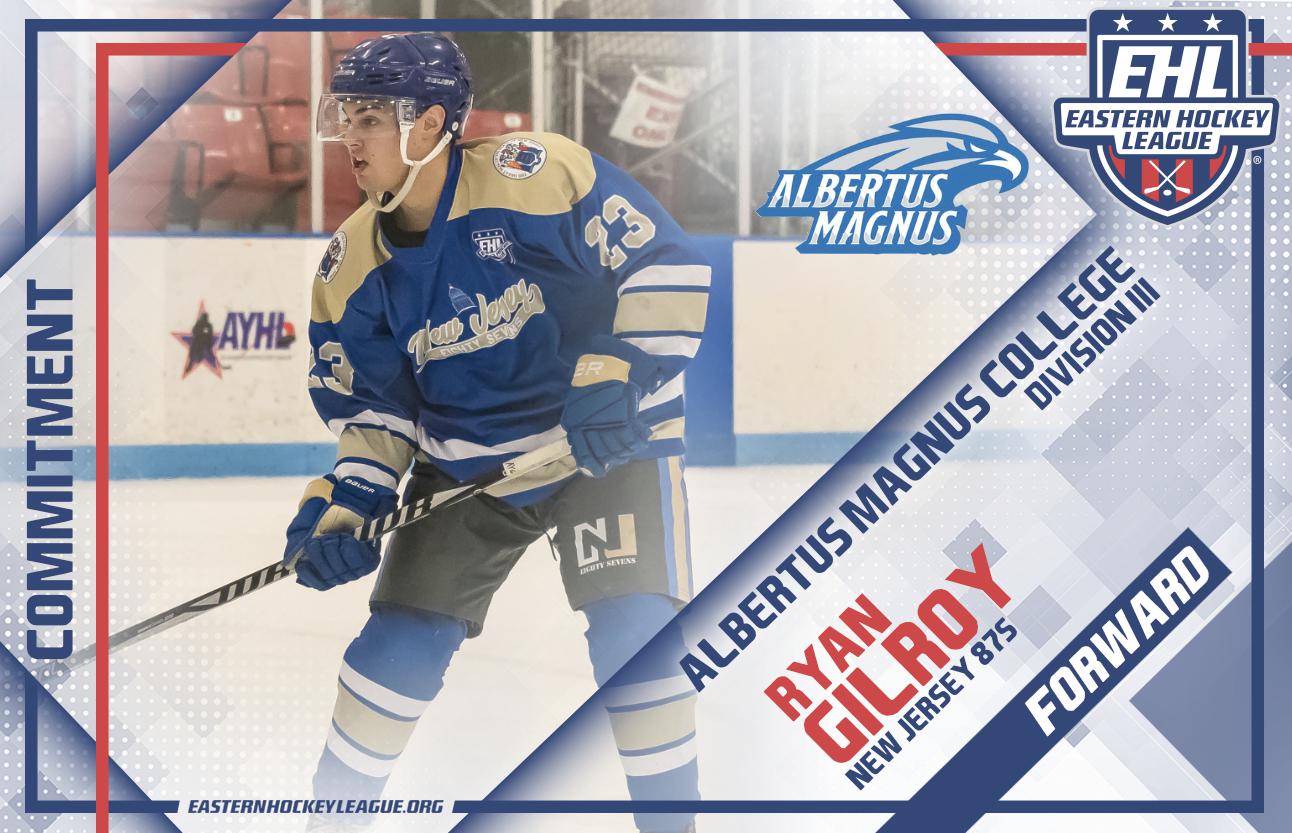