ASTON, PA -- Kyle Scott, a forward for the Philadelphia Little Flyers, has committed to Lebanon Valley College (LVC) for the fall of 2019.

"Kyle came to us from AA hockey and joined our Premier team last year and made us a competitive program, he helped us tremendously by joining the team," said Little Flyers head coach and general manager Mark Catron. "He had such a good season, he got the full time call-up after Christmas break to the EHL team. He didn’t get the most ice time when he made the jump, but he gained a world of experience being on that team with those players which really translated to this year. He’s been tearing it up this season, and if he didn’t suffer an injury early in the year, he’d be right up there with the leading scorers in the league. Even despite the injury, Lebanon Valley has always been interested in Kyle; he’s got speed, good hands, and he attacks the net well, and everything they are looking for. He’s a '99 so he has another year of junior eligibility, but they wanted him bad and he’s made the decision to go to college in the fall. It’s great for Kyle to be a local kid who just worked his way up from AA hockey through the junior system and is now going to be an NCAA Student-Athlete, so we couldn’t be any prouder of him."

Looking back on Scott's time with the Little Flyers, and Catron was spot on in describing the forward's play in the EHLP. In 27 EHLP games last season, Scott scored 32 goals and added 20 assists. As Catron went on to mention, Scott then dressed in 24 total EHL games down the stretch, and gained a ton of experience from last year's team. The three EHL points he tallied last year was clearly not indicative of his talent, as he's notched 32 points this year in 29 total games to date. Overall, Scott is very grateful and appreciative of his time with the Little Flyers.

With his NCAA Commitment now official, Scott will turn his full attention towards the upcoming EHL playoffs. The Little Flyers recently clinched the 2018-19 Regular Season Championship, and now they are looking to earn some playoff revenge on their road back to Providence, RI. 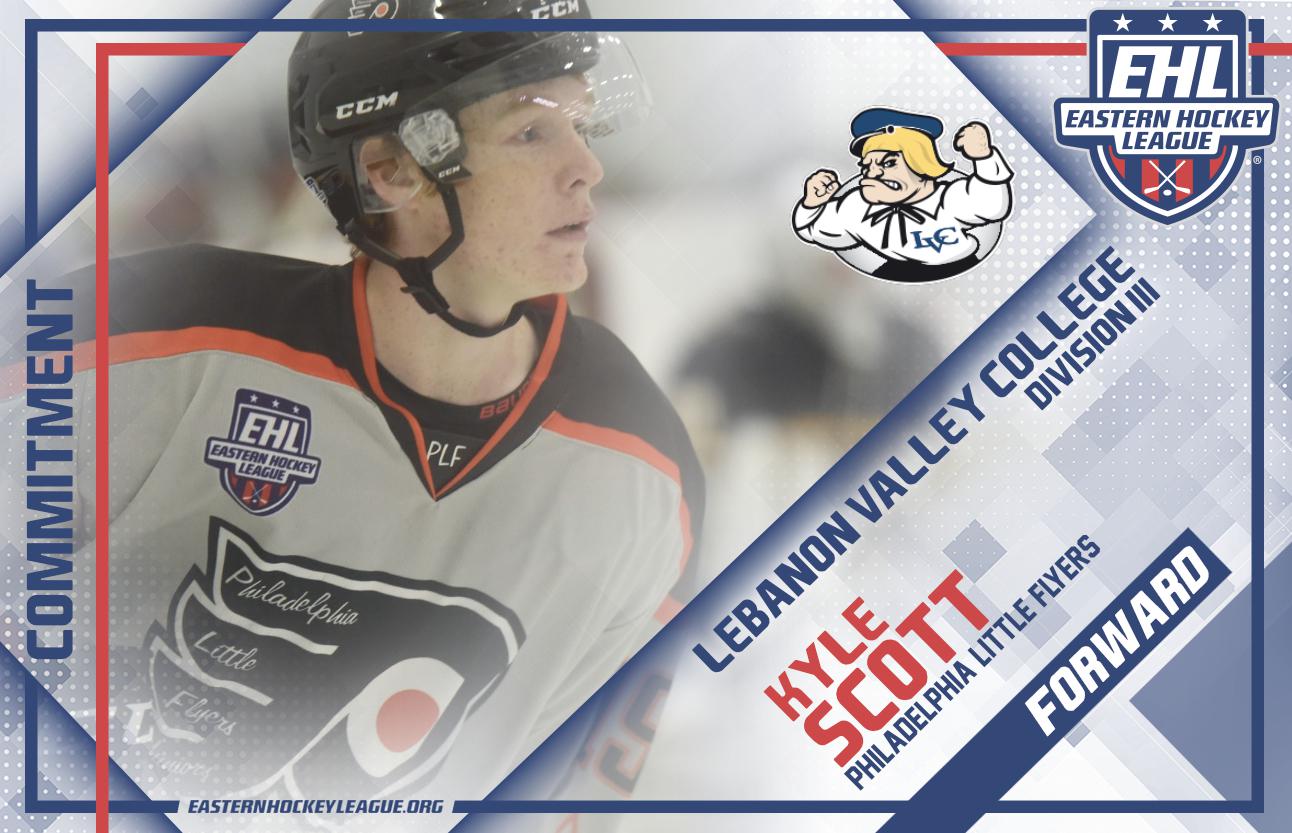