The '98 native of Warwick, NY is in his second season with the Applecore, and to date, he's tallied 40 points in 86 career games in the Eastern Hockey League (EHL). Lieth and the Applecore hit the road tomorrow afternoon, as they get set to begin their three-game First Round playoff series against the Wilkes-Barre/Scranton Knights.

The Knights are looking for revenge in this year's EHL Playoffs, as Lieth and the Applecore took last year's playoff series between the pair of Mid-Atlantic Conference rivals. New York will lean on their All-Star defenseman throughout the weekend, with the hopes of advancing to the Second Round, which would earn the team a matchup with the Philadelphia Little Flyers.

As for Lieth's 2018-19 regular season, the veteran defenseman tallied 20 total points, which is the exact total that he reach in his first year in the EHL (2017-18). As we mentioned before, Lieth represented the Applecore on the league's All-Star Team, and he's now the 14th player in EHL history to commit to join the Bears.

Lieth will look to contribute the second he arrives on campus this fall, but for now, his first goal is to help his team make some noise in the postseason. 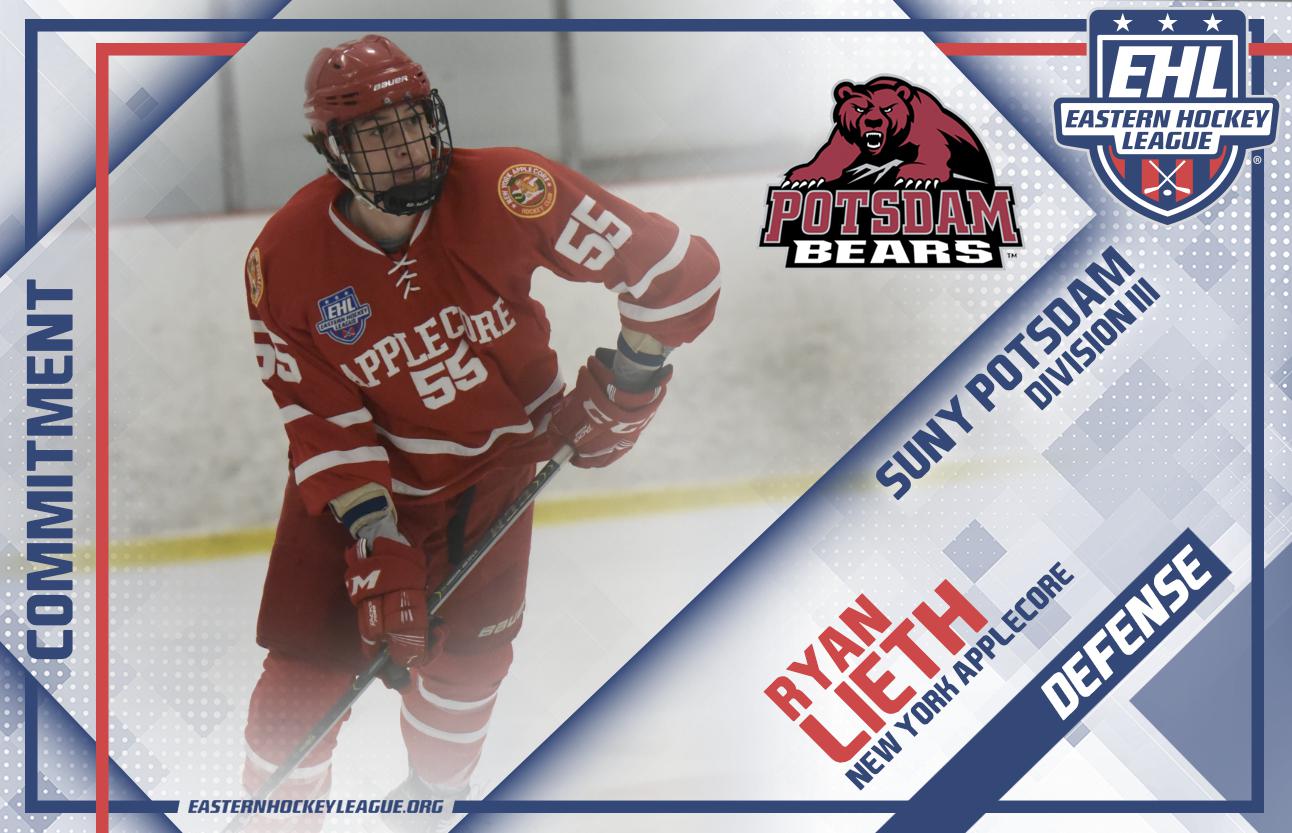