DENNIS, MA -- Ariel Kapulkin, a forward for the Seahawks Hockey Club, has committed to the Wentworth Institute of Technology (WIT) for the fall of 2019.

The '98 native of Ramat Gan, Israel just finished his second season in the Eastern Hockey League (EHL), and his first full year with the Seahawks. In 71 career games in the EHL, Kapulkin scored seven goals and dished out 21 assists.

"Ariel had a very big summer in development and showed he is always looking to get better," said Seahawks head coach and general manager Bill Zaniboni. "His determination to never settle showed in his numbers this season; last year producing 3 points at the EHL level, and this year tallying 25 points before seeing his season cut short. To see a player take the summer and make sure they are accountable is a big part of the maturity and readiness for college hockey, and seeing Ariel in training camp this year we knew he was going to be a college player."

As Zaniboni mentioned, Kapulkin saw his season end sooner than he had hoped, with an injury that kept him out of the lineup for the team's First Round series with the Boston Jr. Rangers. Despite missing the postseason, the veteran forward made a huge jump this year, and he's ready for the next level.

"I am very excited to be joining the Wentworth Institute of Technology as a student and athlete," said Kapulkin. "I have finally earned an opportunity to play NCAA hockey and I am very thankful that the coaching staff at WIT has offered that to me. I would like to thank Coach Zaniboni and the entire Seahawks Hockey program for everything they have done for me over the past two seasons. I want to thank my teammates for believing in me as a player and a teammate. I want to send a special thank you to my family, as without their constant support throughout my hockey career, this would have not been possible. Lastly I would like to thank the EHL for developing me as a player and giving the players of the league a chance to showcase their skills in front of all the college coaches on a daily basis."

Kapulkin is the second player to commit to join the Leopards next season, joining Matt Ernster of the New Hampshire Avalanche, who made the same decision back in early February. Prior to this year, Wentworth had committed 15 total EHL players in the first five seasons of the league. 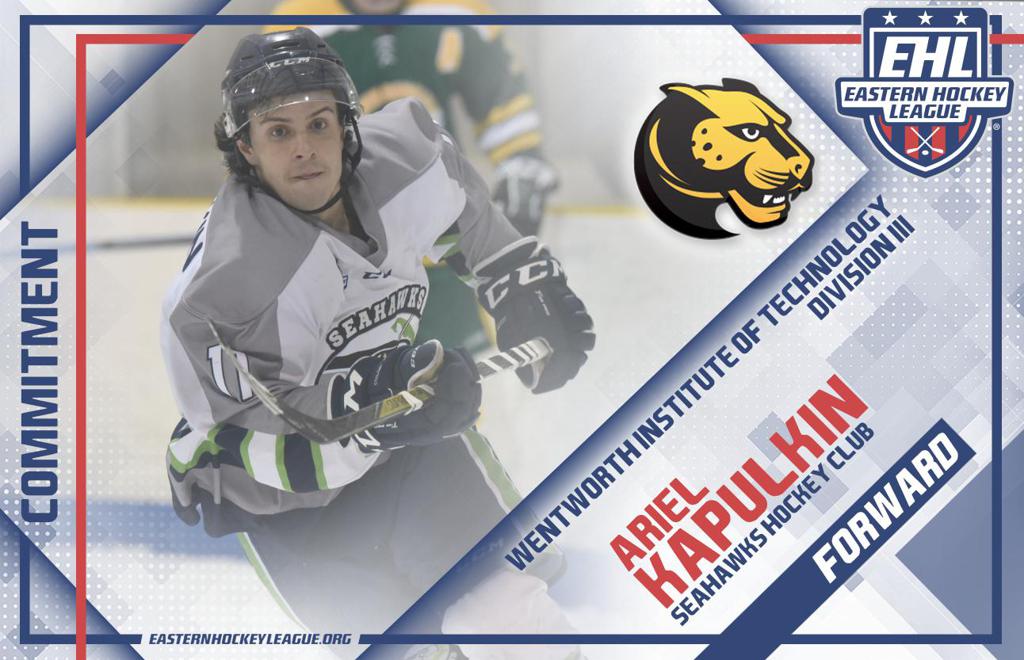