WEST CHESTER, PA -- Justin Weinbrenner, a forward for the Philadelphia Jr. Flyers, has committed to Neumann University for the fall of 2019.

The '98 native of Allison Park, PA just finished his second season in the Eastern Hockey League (EHL), and his first full year with the Jr. Flyers. After joining the team in December of 2017, Weinbrenner finished off his junior career with 47 points in 74 career games in the EHL.

"Justin improved a lot in his time here," said Jr. Flyers head coach and general manager Jerry Domish. "His skating is much better, he understands his game and now plays like a power forward; his physical play has continued to improve and now he is an offensive contributor. He has a great work ethic and character, and because of that, he gets the most out of himself and others.”

Currently at Neumann, the Jr. Flyers have three alumni on the roster, including a pair of former EHL Champions in Tommy Dougherty and Barry Kneedler. Domish went on to talk about how Weinbrenner will gel with those players in particular.

“I think Justin will fit in instantly with those guys," added Domish. "His physical presence will help him at the beginning while he adjusts to the level of play. I think he will define the power forward role and he has been a late bloomer, so I think he has a lot of growth in his game left. It has been a real pleasure to coach Justin and our program will definitely miss him. I can’t wait to get out to the games next year to see all of our alumni at Neumann.”

The Neumann University Knights play all of their home games out of the IceWorks Skating Complex, which is also the home of the Philadelphia Little Flyers. Weinbrenner is looking forward to staying in the area, and he's beyond grateful for his time with the Jr. Flyers.

“I love it here, and it’s part of the reason why I chose Neumann because I want to be involved with the Jr. Flyers in the future," said Weinbrenner. "I had a great time here, even though we had a roller coaster ride this season, I’m proud to be a Jr. Flyer and I always will be. I want to thank my parents and family for all their support, and everyone who has been part of my hockey career. Thank you to Coach Domish for all the help he has given me over the past two seasons. I want to thank my 18U Coach, Kevin Quinn, he really turned me into the player I am now, and I learned a lot of lessons from him. He believed in me and he is the reason why I am here today. Thank you Jerry [Domish] for all the extra focus to help me improve my game and be a better player.” 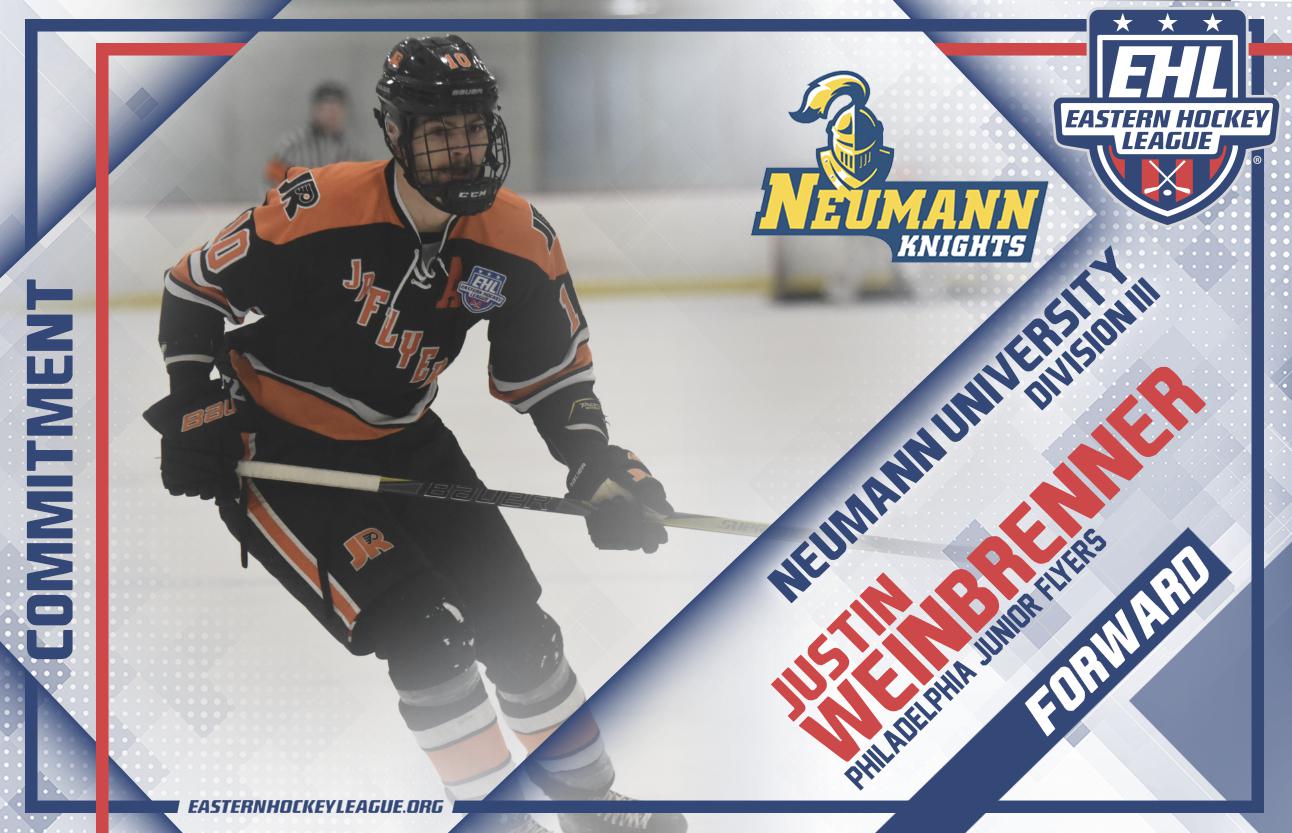