The '98 native of Lititz, PA just finished a three-year junior career with the Revolution, that started out at the Eastern Hockey League Premier (EHLP) level back in the 2016-17 season. Pelletier won a championship that season with Philadelphia, and then put together a pair of solid years (2017-18 and 2018-19) at the Eastern Hockey League (EHL) level.

“Pelletier is the ultimate competitor," said Revolution head coach Jon Rogger. "He just wants to win. I rarely had to worry when he was on the ice. He plays an honest game and plays the right way.”

Pelletier is now set to join a new program at Albertus Magnus, that has already committed 10 EHL players so far this season. The big defenseman is excited to be joining this class, and took some time to reflect.

"It was a long road to get to this point and there were some challenging times. I can’t thank my teammates and coaching staff enough," said Pelletier. "They stuck by me in tough times and supported me throughout my time at the Revolution. It truly is a family.”

Pelletier went on to discuss his decision to join the Falcons in their inaugural season.

“I really felt welcomed by the coaching staff and it is a beautiful campus," added Pelletier. "I was excited for the possibilities of coming to a brand new NCAA program. My mom tries to be at all the games, and that support was above and beyond. The Pulleys are great. They consider the players as part of their family. They want us to succeed. We were always treated well and with respect. They also held us accountable and helped teach us some valuable life lessons."

Learn more about the Philadelphia Revolution on the team's official website, and check out the full 2018-19 NCAA commitment list. 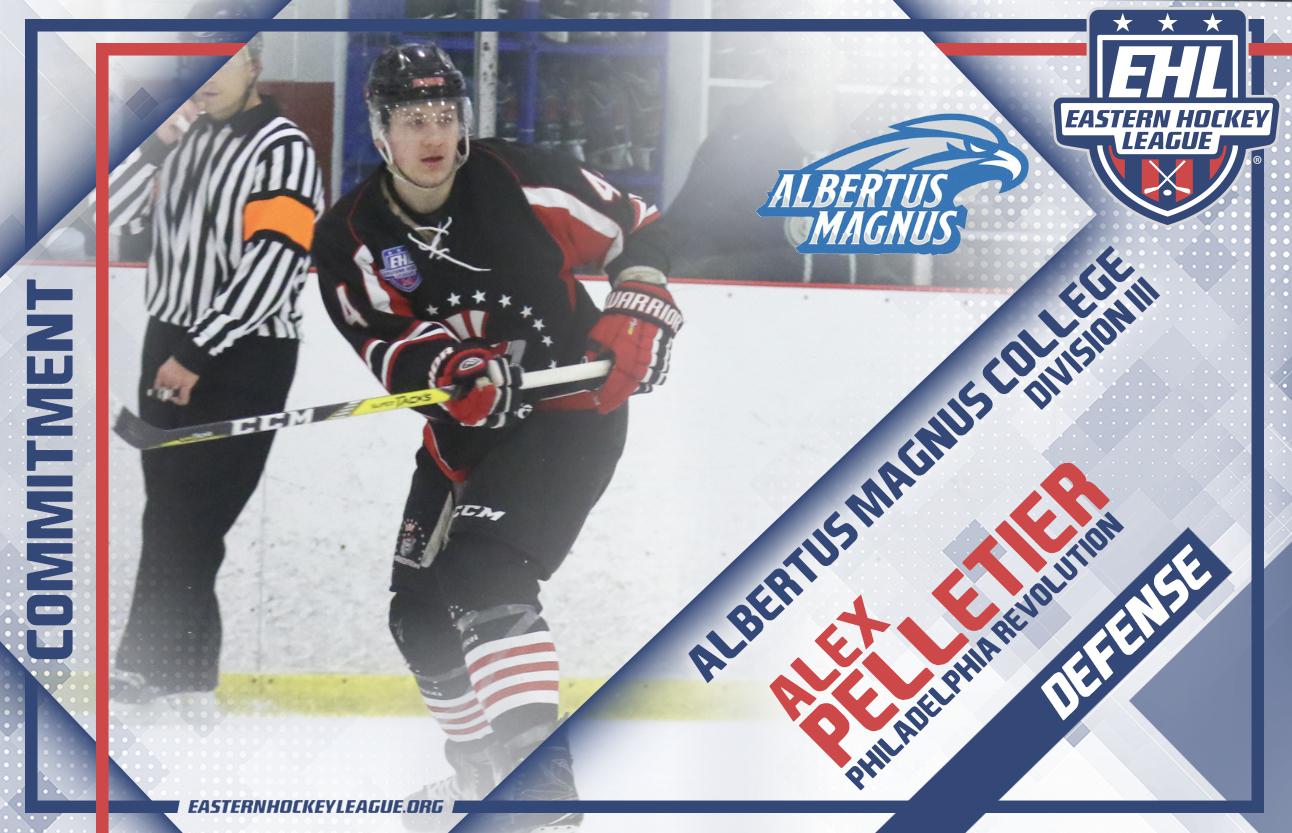