ASTON, PA -- Cade Street, a defenseman for the Philadelphia Little Flyers, has committed to Morrisville State for the fall of 2019.

The '98 native of Sun Valley, ID is in his second season with the Little Flyers, and to date, he's tallied 22 points throughout his career in the Eastern Hockey League (EHL).

"First and foremost Cade brings us great leadership in our locker room, which really helped a lot with our team, having a lot of new faces here," said Little Flyers head coach and general manager Mark Catron. "Cade overcame an injury early in the season, but has come on real strong as the year has progressed. In the second half we thought not only his point production was up, but killing penalties and in 5-on-5 situations, he has been big for the team. He’s a good-sized kid and he’s stepped up the physicality as well.  Morrisville State was Cade’s top choice all year long, so we are happy everything worked out for him and his family."

As Catron mentioned, Street is definitely a good-sized defenseman, as he uses his 6'4 frame to his advantage on the ice. Street is a defensive defenseman, but it's worth noting that his point production has tripled in comparison to his first year with the Little Flyers. Street is another great example of how the EHL develops its players, and he's very thankful for his time in the league.

"I am very excited to announce my commitment to SUNY Morrisville, to play college hockey and continue my education," said Street. "I want to start by thanking my family for their endless support throughout my hockey career. I want to thank coaches Mark Catron, Mike Narrigan, and George Lewis for giving me the opportunity to play juniors for the Little Flyers and the Giacobbo Family. Finally thank you to Coach Krogol and Coach White for giving me the opportunity to pursue my academic and athletic careers at SUNY Morrisville."

Street and the Little Flyers just knocked off the Philadelphia Revolution on Thursday, and thus earned their second consecutive trip to the EHL Frozen Finals. 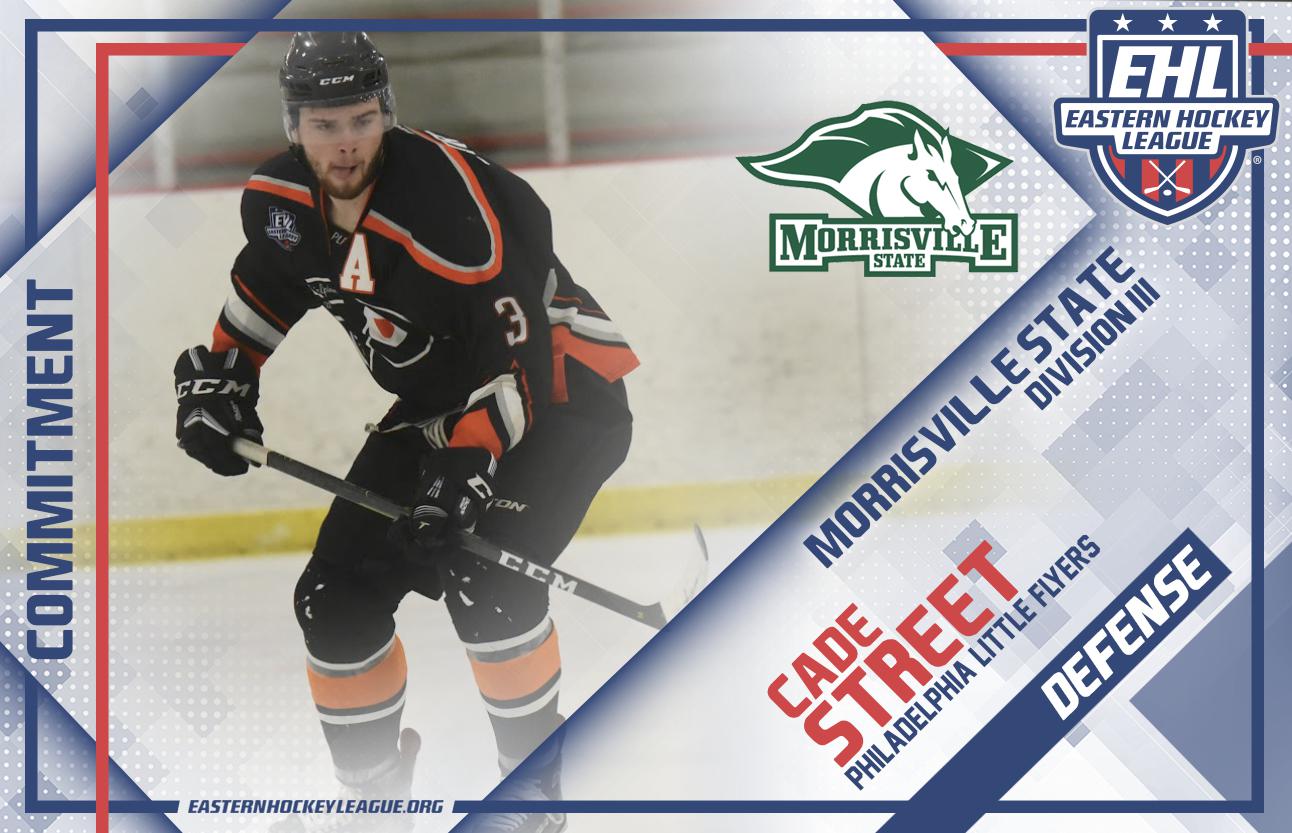