Kerbrat and the Avalanche ended their 2018-19 season in grand style, knocking off the Philadelphia Little Flyers and making it back-to-back championships for New Hampshire. In just two seasons with the Avalanche, Kerbrat played in 65 career games in the EHL, tallying 32 goals and 56 assists to his name. It was no surprise when Kerbrat was named to the 2018 EHL All-Star Team back in October, and then earned himself 1st Team All-Conference honors at the end of the year.

However, Kerbrat's skill and determination isn't just seen on the ice, as the '98 native of Laguna Niguel, CA is also a phenomenal student. Kerbrat's SAT score of 1380 and ACT score of 32, helped the multi-talented forward earn his spot at Wesleyan University, one of the most prestigious schools in the country.

"I am extremely excited to attend Wesleyan University in the fall," said Kerbrat. "My goal has always been to balance both my hockey career and my academic interests. I could not have found a better environment to challenge me both in the classroom and at the rink. I believe this experience will provide me with a solid foundation to build upon for my future."

Philippon and Lumberjacks advanced further than they ever have before in the EHL Playoffs, as they fell just one game short of the 2018 EHL Frozen Finals. The '99 native of Salem, NH arrived in Vermont, unsure of what the year had in store for him. When all was said and done, Philippon had gained the attention of a number of different colleges, after tallying 41 points in 48 total games.

“Colin Philippon came to the Vermont Lumberjacks with a chip on his shoulder,” said Lumberjacks head coach and general manager Jim Mosso. “During the middle of the summer, Colin was cut from another junior team. He was determined to give everything he had, to push himself as a player. Colin started as a bottom forward, and by the end of the year finished at the top. Coaching Colin was gratifying, as you could see him getting better and better every single day. His hard work paid off, as he received a near full scholarship to Assumption College. I know he will be a great asset to their school as well as their hockey program.”

With a 3.9 GPA and a 1310 SAT score, Philippon brings a strong academic resume with him to the Pre Med program at Assumption College. Also, a big reason behind Philippon's decision to join the Greyhounds, is the fact that he will now join his brother Brendan, who will be a senior on the team this upcoming year.

We wrap things up with another individual who excelled both on and off the ice. Matejka finished his first year of junior hockey with his first championship, as the New England Wolves went undefeated in the postseason on their way to winning their first EHLP title. Matejka was born and raised in the Czech Republic, and then immigrated to US when he was just nine years old.

Of his many talents, Matejka can speak four different languages, which are English, German, Russian, and Czech. Since immigrating, Matejka now resides in Georgia, and came to New Hampshire looking to take his hockey career to the next level.

At just 17 years old, Matejka has a very bright future ahead of him, which will start with the defenseman taking both the SAT and ACT tests for the first time in the near future. However, if his PSAT score of 1390 is any indication of what lies ahead, we have a good feeling he'll do well with the real thing.

Matejka is also set to return to the Wolves this upcoming season, ready to make the jump up from the EHLP to the EHL. Looking ahead, #27 is definitely a player to keep an eye on this year in Laconia, NH. 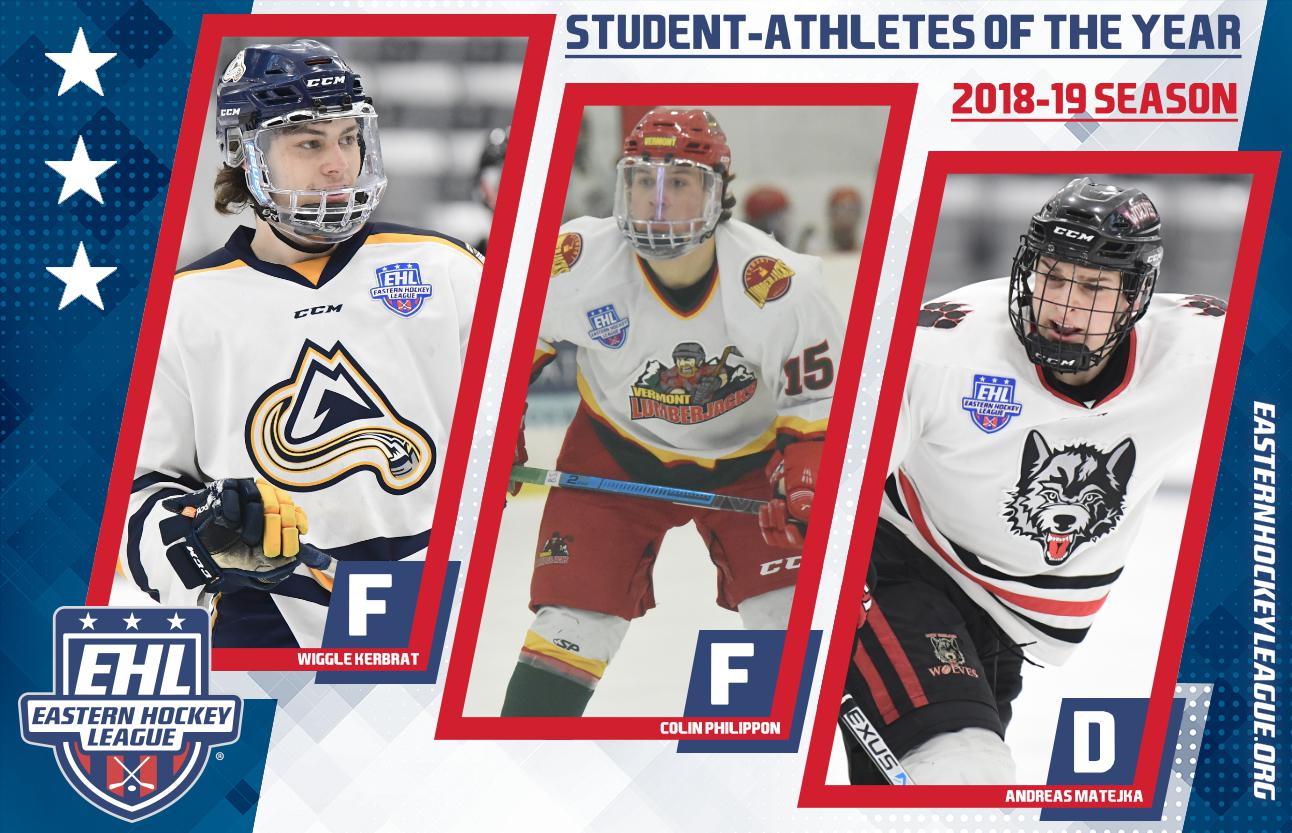