ASTON, PA -- Joseph Giacobbo, an alumnus of the Philadelphia Little Flyers, has committed to Utica College for the fall of 2019.

After spending the 2016-17 season with the Little Flyers, Giacobbo played the past couple years in the Central Canada Hockey League (CCHL). The '98 native of Deptford, NJ will now join an NCAA Division III hockey program that has brought in four other players with Little Flyers ties, over the past three seasons.

Overall, Giacobbo is very happy with his decision, and gives a lot of credit to his time spent with the Little Flyers.

“My time in the EHL with the Little Flyers organization was a great year, not only did it prepare me for Junior Hockey and my time in the CCHL, but I left with countless friendships that I still hold on to this day," said Giacobbo. "I look forward to attending Utica College in the fall, with a few of those old Little Flyers teammates, and continued success at the collegiate level."

The talented goaltender put together a stellar rookie campaign back in 2016-17, finishing the regular season and playoffs with a 22-5-1 record, to go along with a 1.40 GAA and a .937 save percentage. Giacobbo still holds the EHL record for lowest regular season GAA at 1.26, and held the league record for shutouts in a season with seven prior to this year, which was broken by Little Flyers 2018-19 goaltender Brendahn Brawley. In his rookie season in the EHL, Giacobbo finished 3rd in both the Goalie of the Year and Rookie of the Year voting, helping to kick-off what would be a solid three-year junior hockey career. 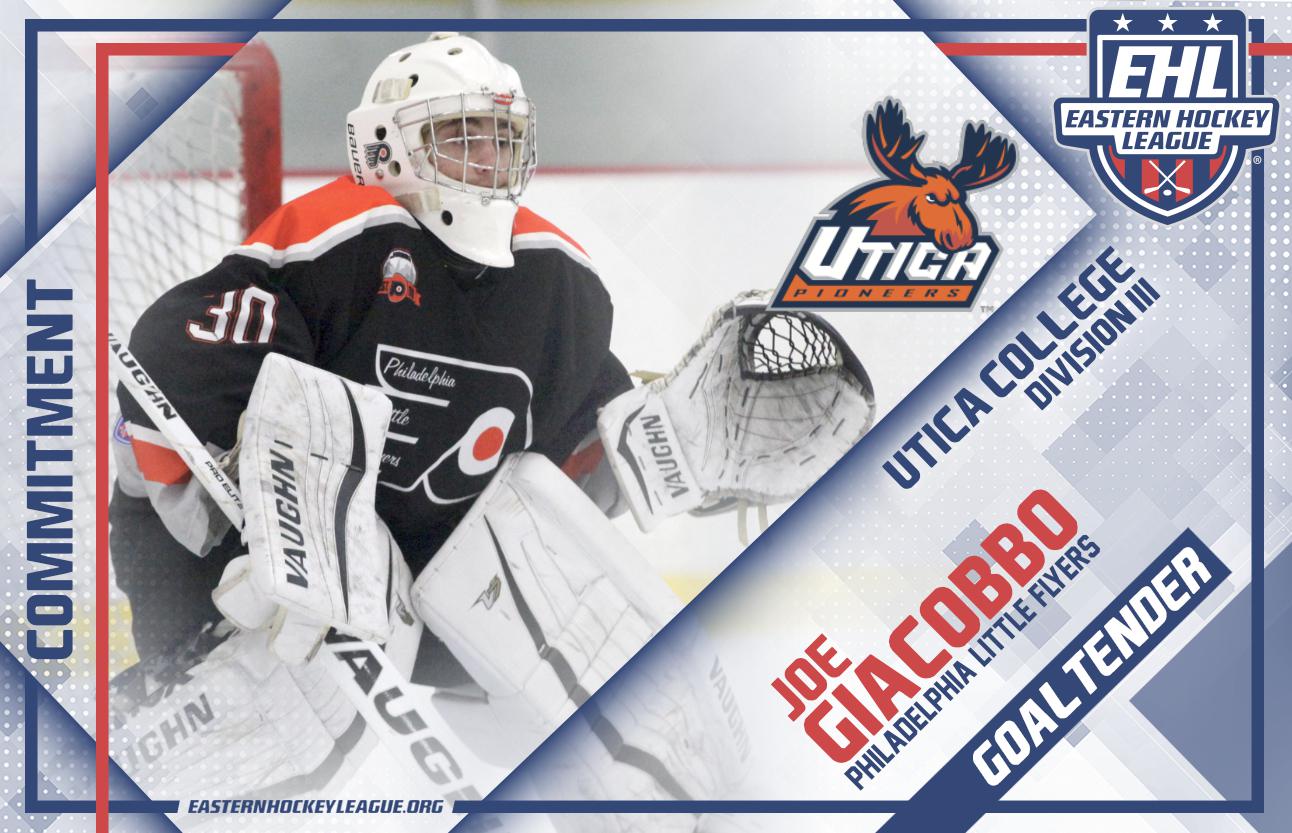