MIDDLETOWN, NJ -- Jake Ondrejko, a forward for the New Jersey 87s, has committed to Western New England for the fall of 2019.

"Jake came to us and spent a year in the EHL Premier Division, then moved up with us to the EHL, so for us, this one was personal and it certainly was a huge sign of his improvement and dedication to trust the process with us," said 87s head coach and general manager Adam Houli. "He's going to be a phenomenal get for Western New England, both on and off the ice, as a student and player."

With Ondrejko's commitment, Western New England is now set to welcome the forward in alongside Conor Leach of the New Hampshire Avalanche this fall. Together, the pair of EHL commits brings the grand total up to 19 since the league was formed back in 2013.

The Golden Bears also play out of the Commonwealth Coast Conference (CCC), whose teams have combined to commit 103 players in #Eshow History.

"It’s a great feeling knowing that I’m going to be playing college hockey," said Ondrejko. "That was my goal when I set out to play juniors, and I’m really excited to be at Western New England. Their coaching staff is great and I’m really looking forward to playing for them the next four years. I definitely left the 87’s as a much better hockey player than when I arrived. Coach Houli and Matty [Kiernan] really helped me develop my game over the past two years. They preached getting to the next level and paying attention to the small details. I am very thankful for the opportunity Houli and Matty gave me, and for helping me reach my goal of playing college hockey."

Learn more about the New Jersey 87s on the team's official website, and and check out the full 2019 NCAA commitment list. 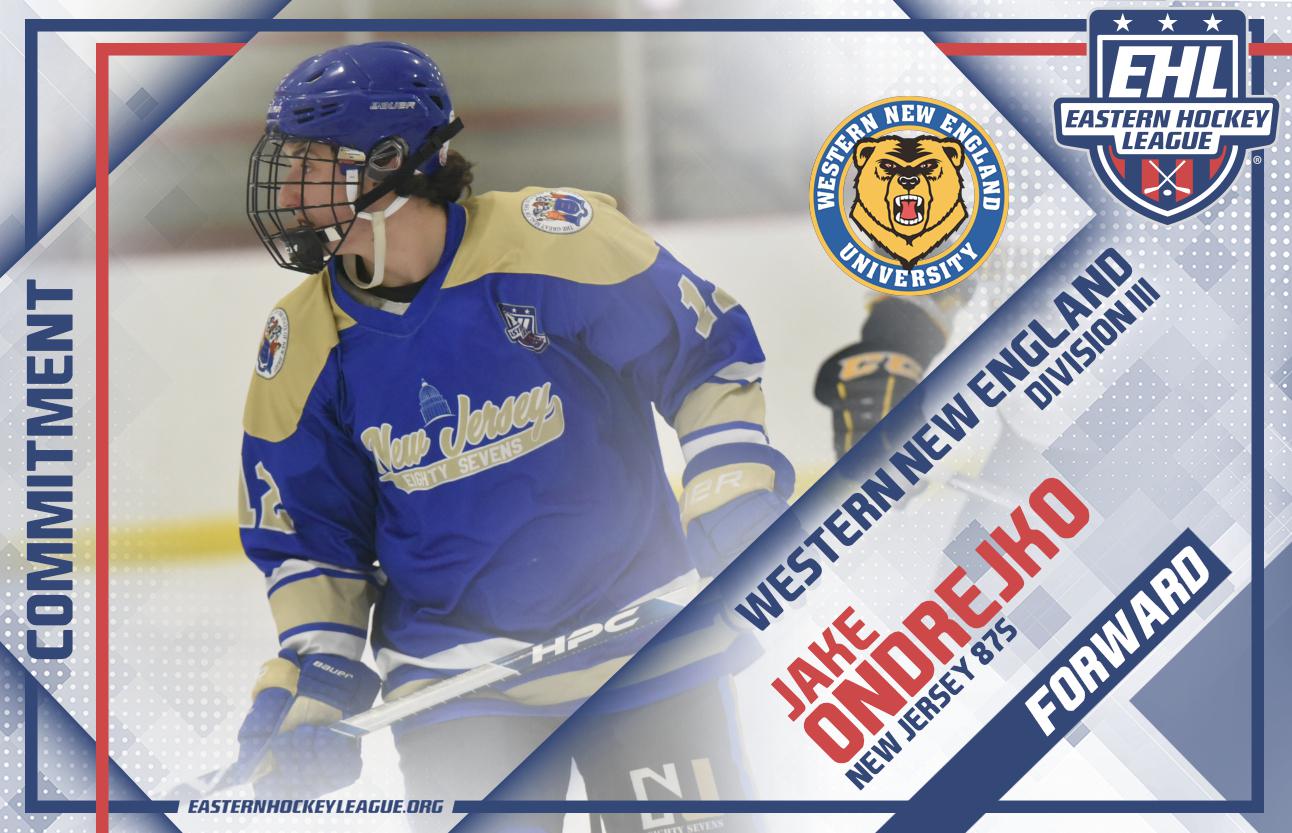