HOOKSETT, NH -- Ryan Harrigan, a forward for the New Hampshire Avalanche, has committed to Suffolk University for the fall of 2020.

The '99 native of Scituate, MA is in his first season with the Avalanche, following a year of prep school at the Tilton School.

"I am very happy for Ryan and his family. He had a good season last year at Tilton Prep, and chose to do a season of junior hockey in order to further develop his game," said Avalanche head coach and general manager Chris Cerrella. "He’s a good-size kid that skates well, and has a knack for the net. He visited Suffolk University and was very impressed what he saw both academically and athletically. It is a great fit, and I wish Ryan and his family the best of luck as he continues to prepare for college hockey with us."

Through his first 15 games in the Eastern Hockey League (EHL), Harrigan has notched an even four goals and four assists to his name. Now as a committed age-out, Harrigan feels a great weight lifted off of his shoulders, with still almost five months left to go in the 2019-20 season.

"I couldn’t be more excited to further my athletic and academic careers at Suffolk University," said Harrigan. "I would like to give a special thanks to Coach McQuade and Coach Cerella for helping me make huge improvements in my game over the past two years. I also want to thank my family for always supporting me along the way. Everyday, Coach Cerella expects us to work our hardest which prepares us for the next level. I’m excited to continue to grow as a player and a person under Coach Cerella, so I can find success at Suffolk in the fall!"

Harrigan and the Avalanche got things back on track this past weekend, with victories over the Philadelphia Jr. Flyers and Philadelphia Revolution at the November Showcase. Now, at 13-4-2, New Hampshire will look to keep the momentum rolling right into Thanksgiving break, with games remaining against the Walpole Express, Valley Jr. Warriors, and Boston Jr. Rangers. 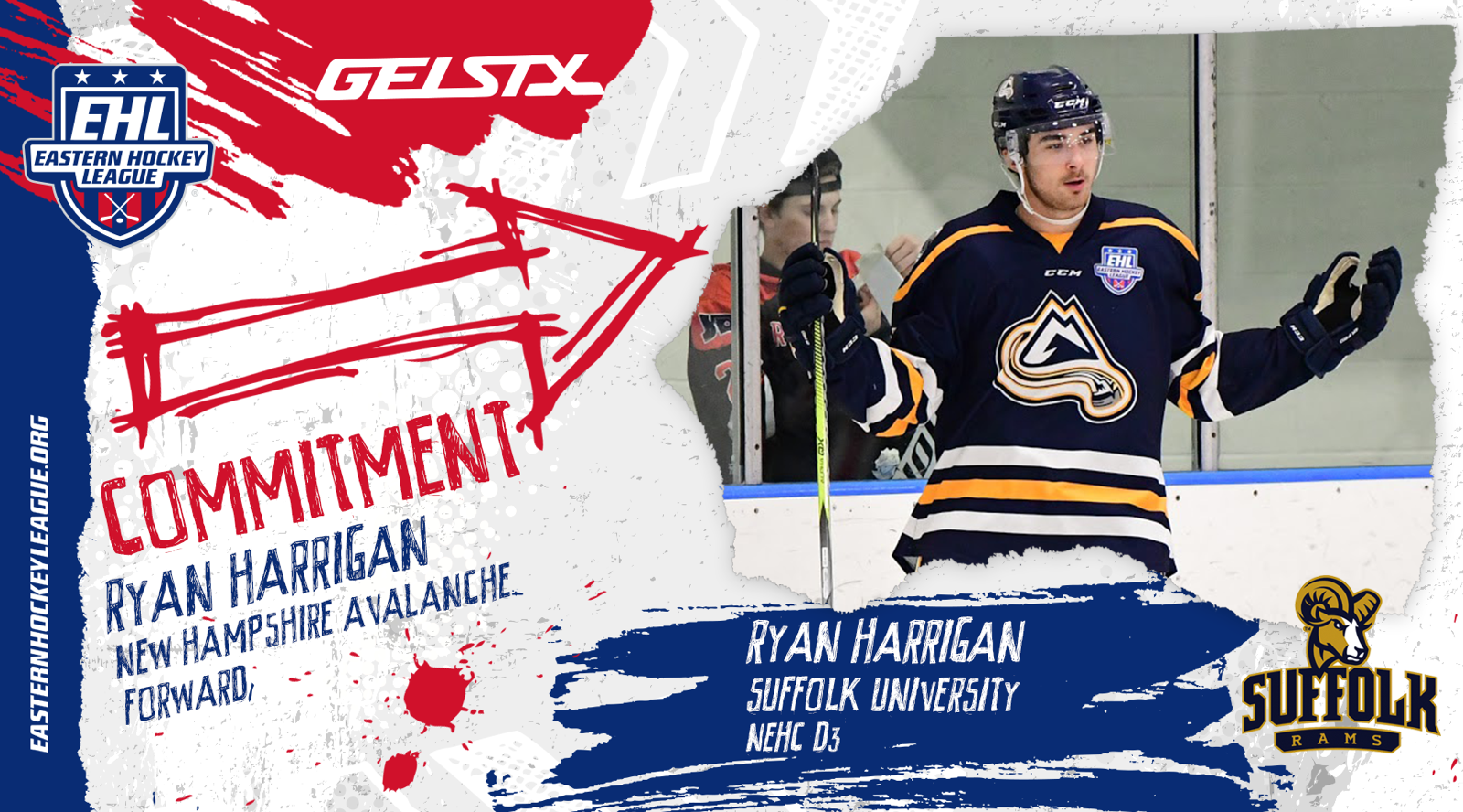