HOOKSETT, NH -- Jack Goodman, a defenseman for the New Hampshire Avalanche, has committed to Stevenson University for the fall of 2020.

The '99 native of Muttontown, NY is in his first season with the Avalanche, and he's turned heads as one of top defensive defensemen in the Eastern Hockey League (EHL).

"Jack is a player I recruited for two years," said Avalanche head coach and general manager Chris Cerrella. "A Long Island kid, I just stayed in touch with him as he went through the junior hockey process. He played last season is the NCDC than decided not to return and came to us this year. Goody is one of the best teammates I have ever coached. He works hard on his game and has great leadership skills. I am very happy he found the right college hockey and academic fit at Stevenson. I think he is going to be a fantastic college hockey player and will be a great fit for the community at Stevenson. Best of luck to Jack and his family!"

Add another commitment to the list for the Avalanche, as Goodman goes down as the 40th player in team history to choose his NCAA destination. In just their 3rd season in the EHL, the Avalanche have set a new standard for NCAA Commitments, and checked off a new program as well. Goodman is the first player in Avalanche history to commit to join the Mustangs, but he certainly won't be the last.

"I’m very excited to be joining an already talented young core of players at Stevenson," said Goodman. "I want to thank my family, teammates, coaches, and the entire Avalanche organization for their support and for this great opportunity. After stepping on campus and talking extensively with the coaches, I quickly realized that Stevenson was where I wanted to be."

Goodman and the Avalanche just completed showcase sweep in Connecticut, earning victories over the North Carolina Golden Bears on Wednesday and the New York Apple Core yesterday afternoon. Now, with just two games left before the holiday break, the Avalanche will look to keep the momentum rolling with a huge matchup against the Boston Jr. Rangers on Sunday. 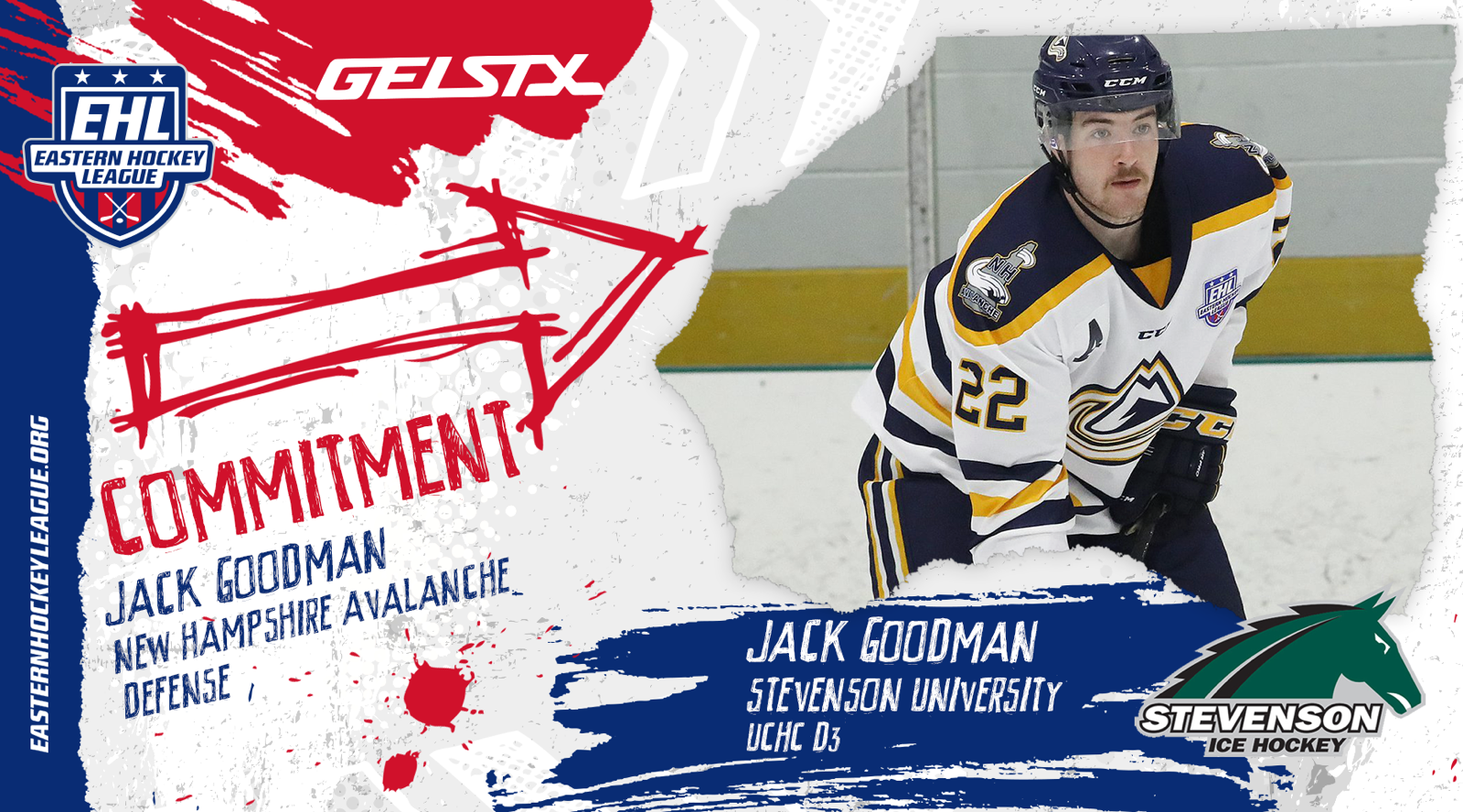