MIDDLETOWN, NJ -- Andrew Maynard, a forward for the New Jersey 87's, has committed to Tufts University for the fall of 2020.

The '99 native of Naperville, IL is in his second season with the 87s, and to date, he's tallied 67 total points in 58 career games in the Eastern Hockey League (EHL).

"To have a player committed to such a prestigious academic and athletic conference is unbelievable," said 87's head coach and general manager Adam Houli. "Andrew has been with us for two years and had his sights on Tufts from day one. He has dominated this year and has deserved every recognition he has gotten which has culminated in committing to Tufts. They are getting a great player on the ice and an even better person off the ice. I'm beyond excited and happy for Andrew."

As Houli mentioned, Maynard has shown tremendous improvement in his 2nd season, as his 43 points to date easily surpasses the 24 total points he tallied throughout the entire 2018-19 season. Speaking of recognition, alongside his teammates Justin Vickers and Tim Debord, Maynard was a member of the 2019 EHL All-Star Team. That experience, along with everything he's gained while with the 87s, has Maynard feeling prepped and ready for the next level.

"It's something I'm very thankful for, committing to a program like Tufts. I'm humbled by it, and there were so many people that have helped me along the way, and I can't thank them enough for helping me achieve my dream of playing college hockey," said Maynard. "The coaches here have done such a great job ingraining good habits that get you ready for the collegiate level. It really develops you as a player, and it shows considering this has been a really good year for me."

Maynard went on to talk about the experience of Team EHL going 1-1-1 against a trio of NCAA Division III opponents.

"The experience was absolutely fantastic. It's a great thing the EHL provides for the players and it's so great to get a taste of the college level both on and off the ice," added Maynard. 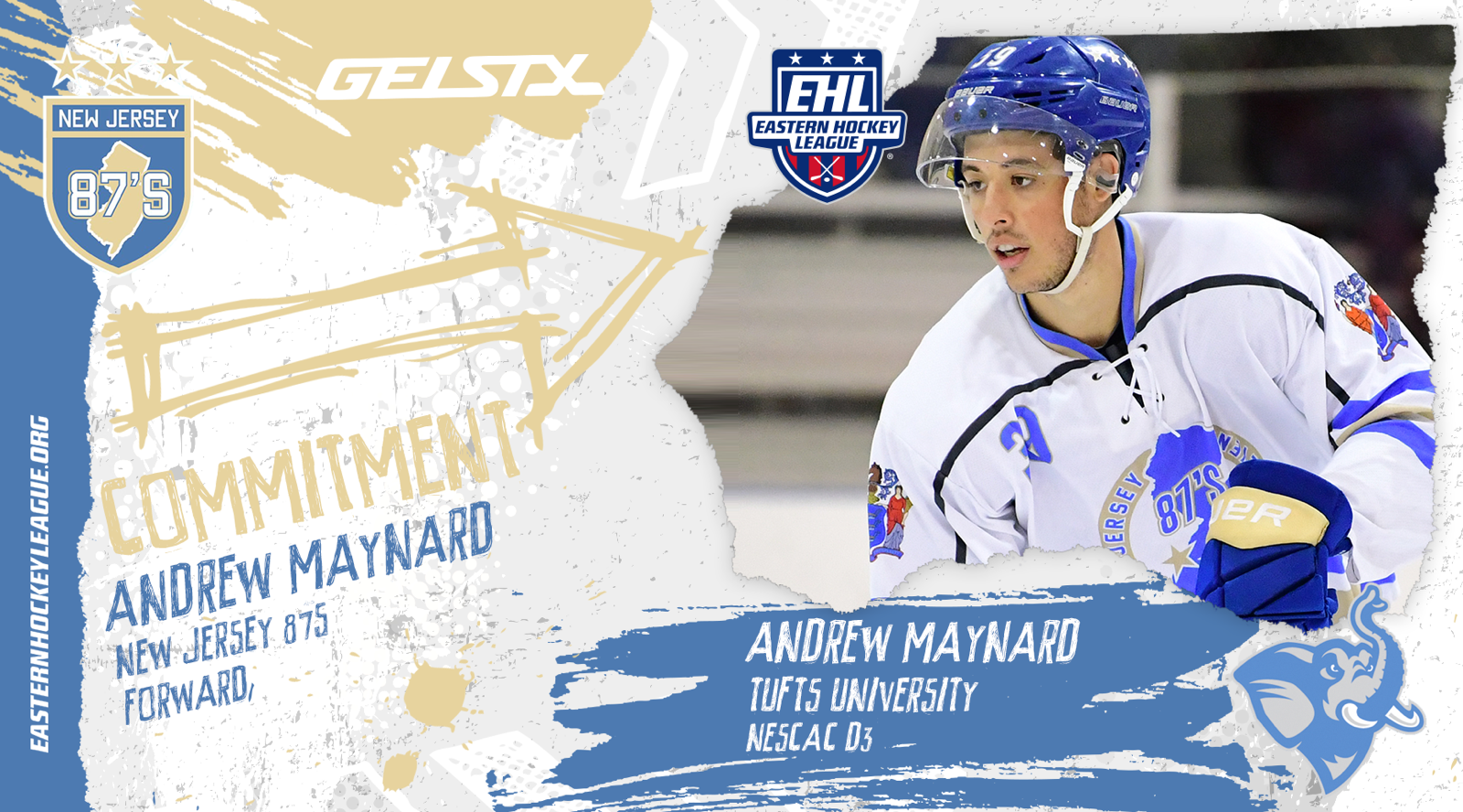