WARMINSTER, PA -- Anthony Shrum, a goaltender for the Philadelphia Revolution, has committed to Worcester State University for the fall of 2020.

The '99 native of Muskegon, MI is in his third season of junior hockey, after starting off with the Revolution at the Eastern Hockey League Premier (EHLP) level back in the 2017-18 campaign. That year, Shrum won nine games while compiling a .915 save percentage.

Fast forward to his two seasons at the Eastern Hockey League (EHL) level, and to date, Shrum has racked up 12 total wins to go along with a once-again stellar .933 save percentage.

"As a coach, it's great to see guys develop over the course of the season and from year to year,” said Revolution head coach Jon Rogger. "A year ago, Shrum was our third-string goalie who had to battle every day at practice to hope to get in a game. Now, the way he has been playing is a big reason why we are having success and have a strong chance for a championship run."

Worcester State has always been a strong recruiter of the EHL, with Shrum going in the books as the 32nd player in league history to commit to the Lancers' program. Overall, the veteran goaltender is excited to have this weight off of his back, and focus on the playoff run his coach is hoping for.

"My progression as a goalie is crazy to think about,” said Shrum. “Three years ago, when I started playing Premier I was barely a third-string goalie. They believed in me though, kept me here, and I proved that I belonged later in the season and now I’m here. I’m going to be an NCAA goalie and it is one of the greatest feelings in the world.”

While Shrum sounds shocked in a sense, it's more excitement and gratitude over a program that gave him time to develop as a goaltender.

“I think he will have a great college career because he knows what it takes to earn his spot in the lineup and he will make sure he proves to everyone that he belongs," added Rogger. "It's exciting to see where Shrum's game will be in the next couple of years, because he is only getting better.” 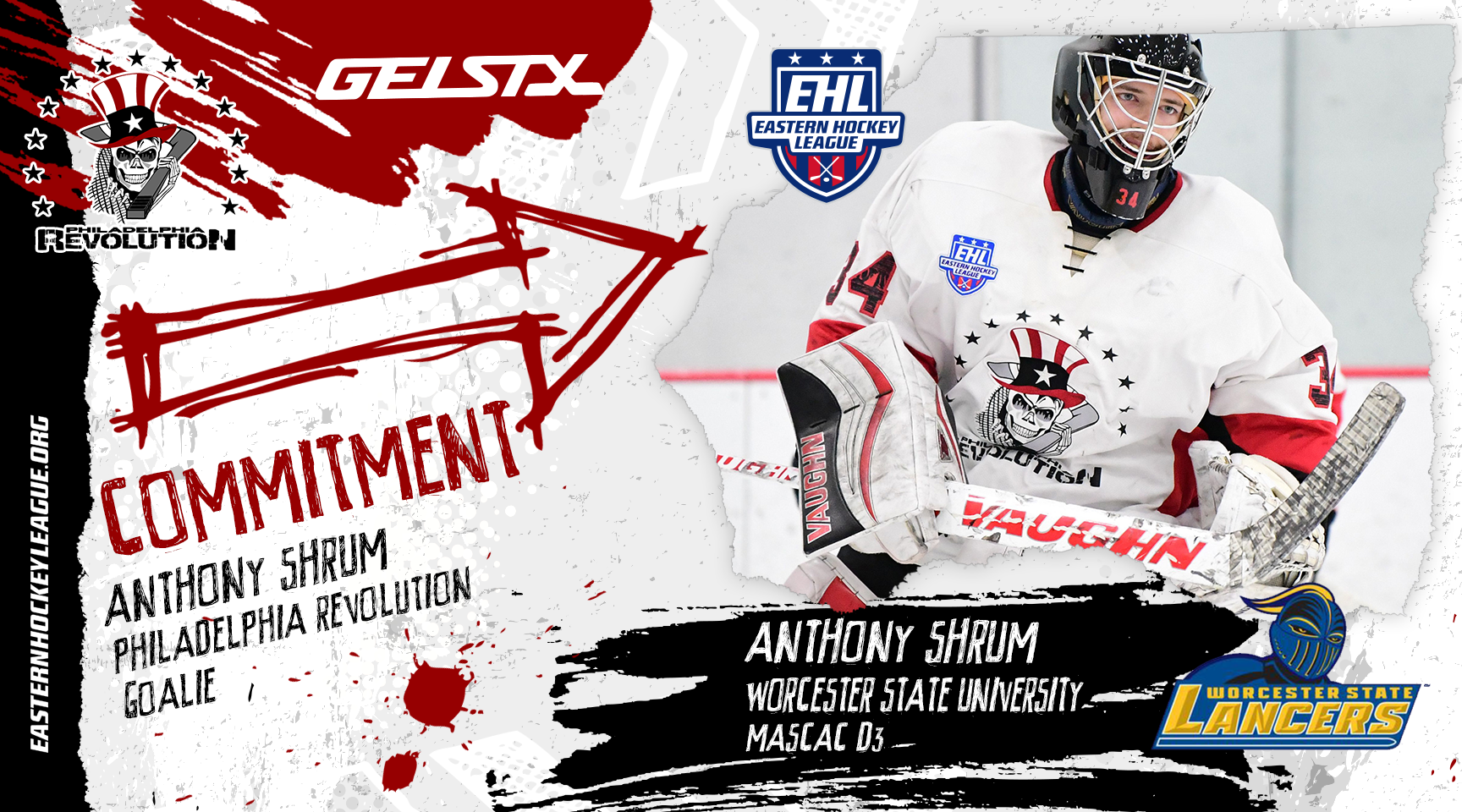