Warrior Hockey Stars of the Week #20

As we head towards the postseason, the number of top performances continues to rise at both levels.

Below you'll find the 20th set of Warrior Hockey Stars of the Week from the past seven days in the EHL and EHLP.

Smirnov, Del Tufo, and the Revolution picked up a crucial four points this past week, with wins over the 2nd-place Connecticut RoughRiders, and the 1st-place New Jersey 87s. With the pair of victories, the Revolution improve to 25-11-4 for the season, and currently sit in 3rd place. It's worth noting that while they trail the RoughRiders by two points for 2nd seed, they do hold a pair of games in hand over their Mid-Atlantic Conference opponent.

Del Tufo had a stellar week between the pipes as he was in net for both games for the Revolution, bringing his overall record up to 10-4-2 for the year. Over the course of the two games, the native of Livingston, NJ was faced with 88 total shots, only allowing three goals, increasing his season save percentage up to .932 for the year. With just six games remaining in the regular season, the Revolution will look to stay focused down the stretch, and secure a First Round bye in the upcoming EHL Playoffs.

Papapetros and Wizards extended their winning streak up to four games, with a trio of victories this past week. The wins game against the Walpole Express, Seacoast Spartans, and Valley Jr. Warriors.

The EHL rookie continues to be a strong asset on the blue line for the Wizards, as he leads the defensive core with 28 points in 41 total games. Over the course of this past week's three games, Papapetros tallied a stellar seven assists, including four against the Warriors on Sunday. As the push for playoffs continue, the Wizards hope to continue their recent success as they currently sit in 7th place in the New England Conference.

Schon lead the way on offense for the Little Flyers throughout the weekend, starting with a five-goal performance against the Renegades. The '02 forward continued to be a vital piece of the lineup as he was able to net a goal and tally an additional assist, during the 3-0 victory against the 87’s. In both games, Schon picked up the game-winning tally, giving himself six of those in total for the year.

Moving things to the back end, and Cassidy proved why he is a Goalie of the Year candidate, as he was able to pick up his 4th shutout of the season on Sunday. With the win, Cassidy's record improved to 13-4-1 in 18 total starts. The ’01 native of Havertown, PA was faced with a total of 32 shots from the 87’s, turning away everything that was sent his way. Overall, Cassidy's season total of 557 shots and 516 saves, brings his save percentage to .926 for the year.

Stephens and the Rangers picked up their 9th and 10th consecutive wins with a weekend sweep of the Vermont Lumberjacks. Despite being a defenseman, the ’02 native of Medford, MA found his way on the scoresheet a total of four times throughout the two games. Stephens was able to net one of the four Rangers' goals on Saturday, before scoring two more goals and dishing out an assist on Sunday.

With the four points, Stephens leads the Rangers defensemen in scoring with a total of 28 points in 32 games. Action resumes for the Rangers on Saturday, as they are scheduled for a pair of road games against the Walpole Express. 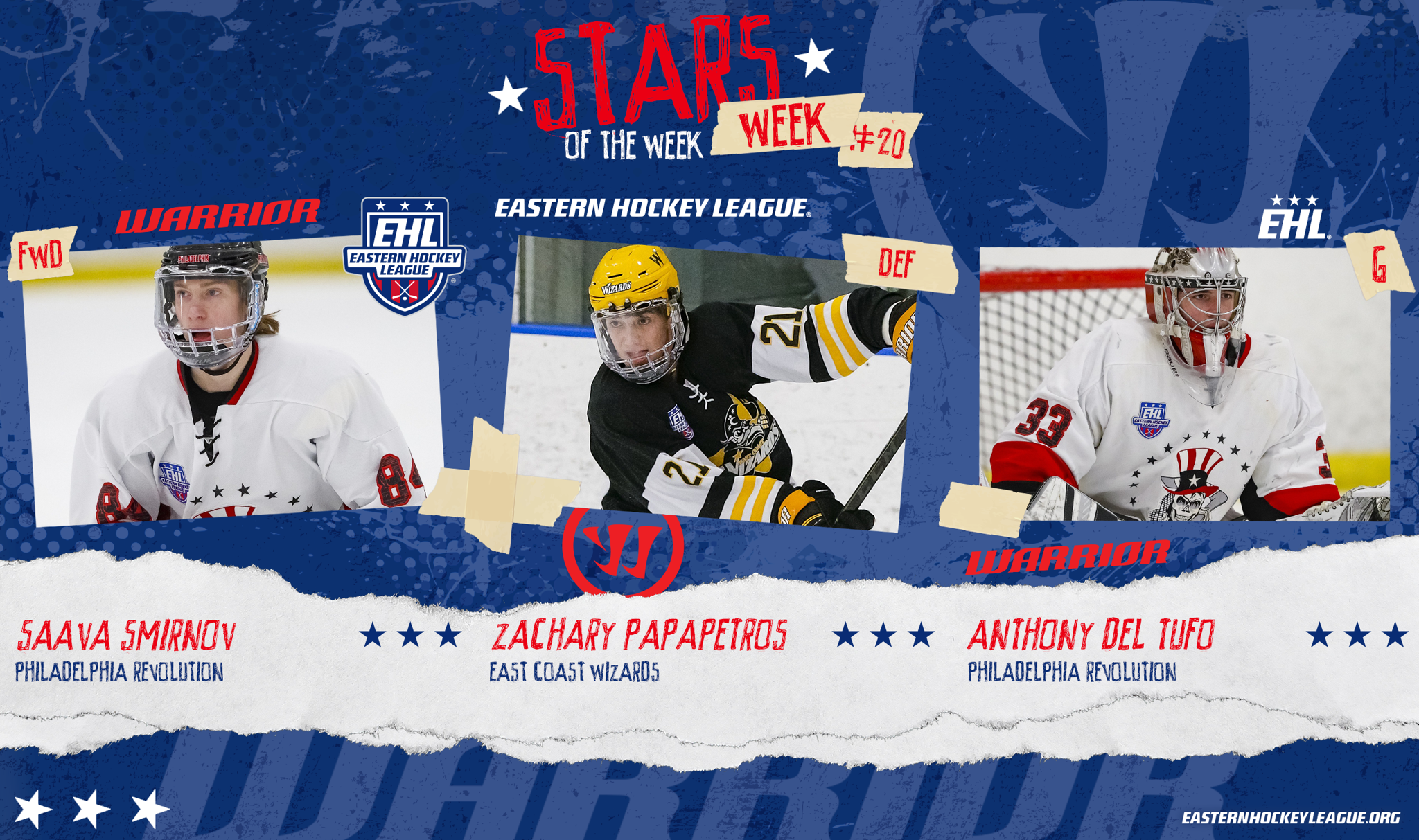 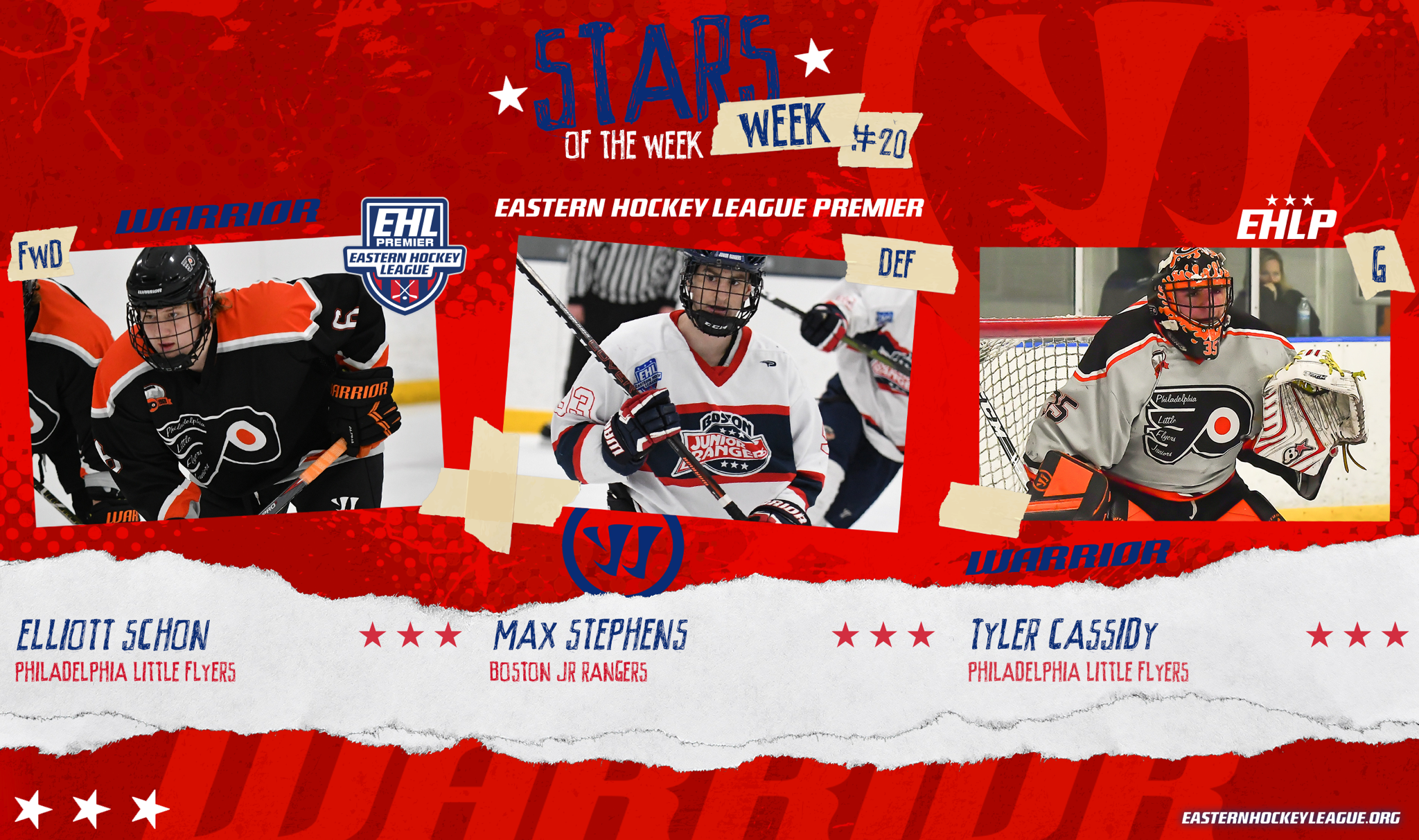