The postseason begins on Wednesday, and with that, we get one last chance to honor the top performances from the final month of the regular season.

The EHL is pleased to announce that Chance Gorman (East Coast Wizards), Cal Mell (Walpole Express) and Matt Lane (New Hampshire Avalanche) have been named the Warrior Hockey Stars of the Month.

Mell and the Express posted a record of 6-2-2 in the month of February, securing the 5th playoff spot in their conference and home ice for their Play-In Round matchup against the Seacoast Spartans. The ’01 defenseman and tender of the Janesville Jets in the North American Hockey League (NAHL), tallied 10 points in February, bringing his season total up to 29 points for the year. It's also worth noting that Mell dressed and played in all 46 regular season games for the Express this season. Despite being the youngest member of the Walpole defensive core, it is clear that Mell is the leader of the group and a huge piece in the Express lineup.

Lane and the Avalanche also put together a great final month of the regular season, posting a 6-1-1 record in their eight games. Lane was in net for six of those starts, going 4-1-1, and improving his overall record up to 16-5-3 for the year. In Lane's six starts, the Goaltender of the Year candidate managed a 1.74 GAA and a .955 save percentage. All together, Lane's overall GAA sits at 1.81 for the year, to go along with a .940 save percentage and three shutouts. Lane will be in net for the final game of the regular season today against the Wolves, as the Avalanche look to secure a win and a First Round bye in the EHL Playoffs.

Malandruccolo, Stephens, and the Rangers posted a record of 7-1-1 in the month of December, securing their 3rd consecutive EHLP Regular Season Championship last night. In the nine total games, Malandruccolo and Stephens combined for an incredible 42 total points.

Malandruccolo is far and away this year's favorite to be named the Most Valuable Player and Forward of the Year in the EHLP. In 40 games, Malandruccolo set a new record for goals in a single regular season with 60. Combined with an equally as impressive 52 assists, Malandruccolo's 112-point season ranks 2nd all-time in the history of the EHLP. Highlighting just this past month alone, and Malandruccolo tallied 11 goals and 18 assists in nine games.

Moving things to the back end, Stephens led the defensive core with 13 points this past month and 37 points overall in the regular season. The ’02 native of Medford, MA is a definite candidate for Defenseman of the Year as he has proven to be a vital member of the Rangers success this season. After earning a First Round bye, the Rangers will patiently await to learn their Second Round opponent, with a trip to Providence, RI on the line.

Cassidy and the Little Flyers ended the regular season on a 12-game winning streak, having not lost a contest since their January 18th matchup with the New England Wolves. Of the eight wins that the Little Flyers collected in February, the '01 native of Havertown, PA was between the pipes for four of them, improving his overall record up to 16-4-1 for the season. The Goaltender of the Year candidate also posted a solid 2.44 GAA and .921 save percentage in the regular season. With the seedings finalized in the Mid-Atlantic Conference, Cassidy and the Little Flyers are set to face-off with the Philadelphia Revolution, with a trip to the Frozen Finals on the line. 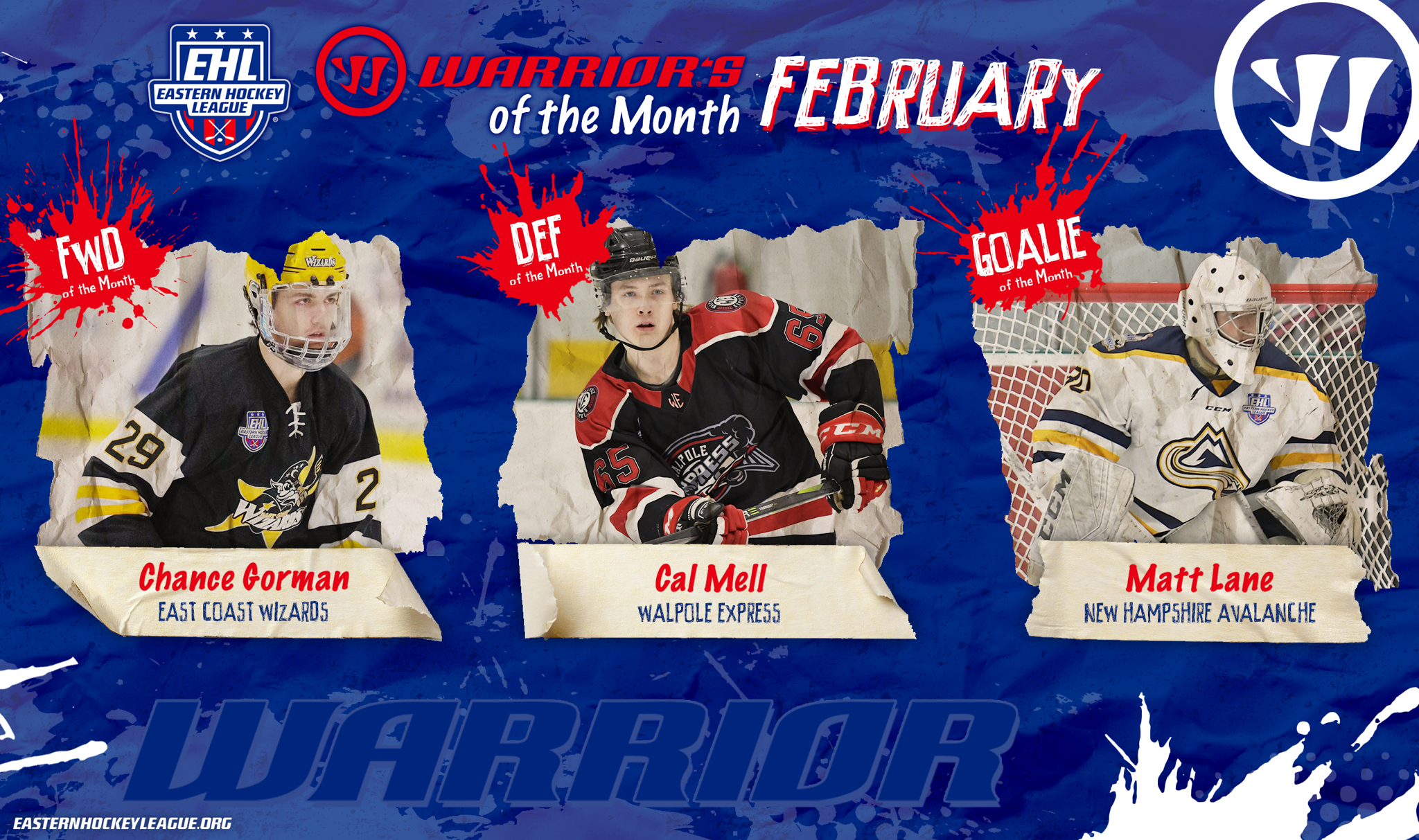 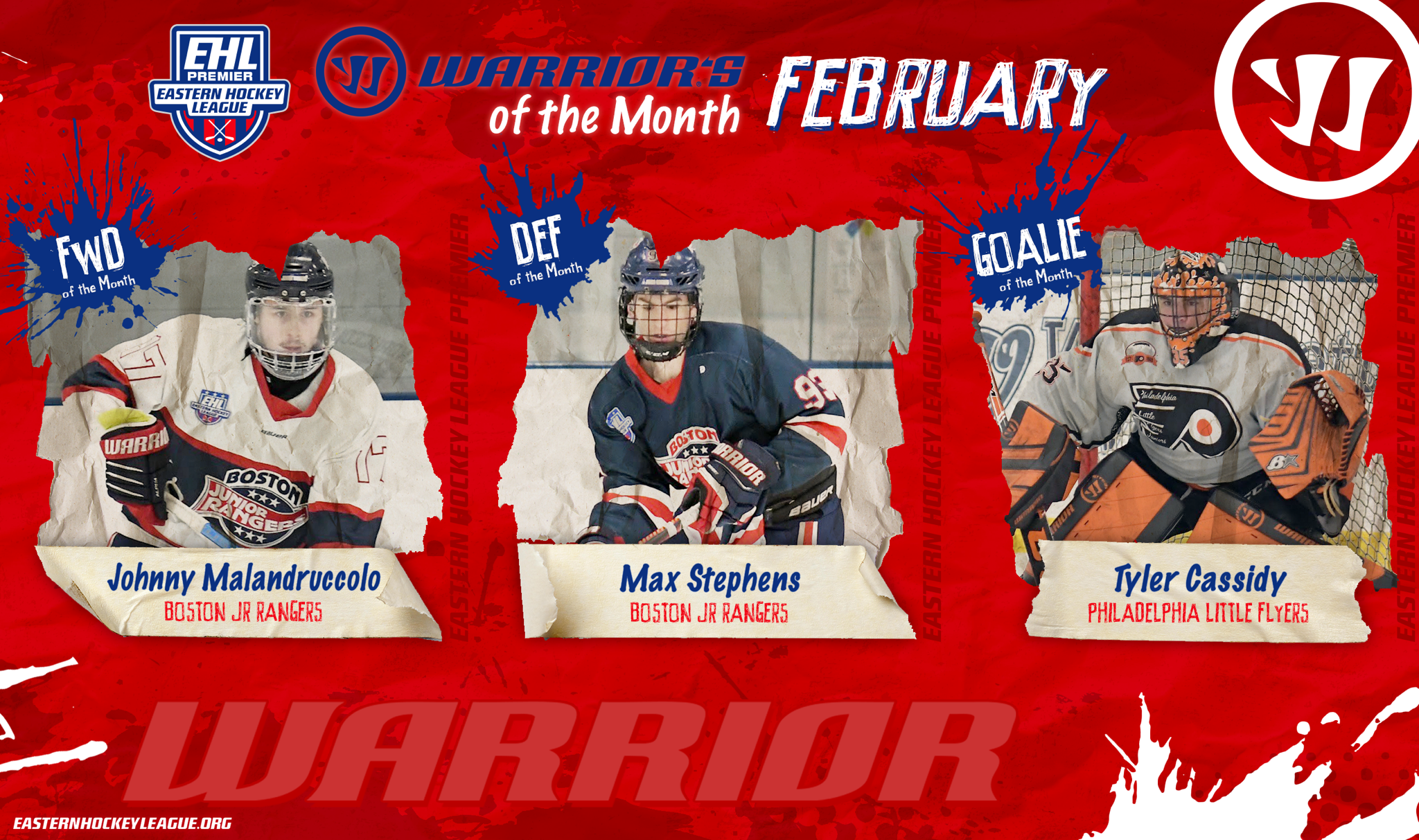