ASTON, PA -- Ryan Candia, a forward for the Philadelphia Little Flyers, has committed to Westfield State University (WSU) for the fall of 2020.

The '99 native of Woolwich, NJ is in his second season with the Little Flyers, and to date, he's tallied 57 points in 95 career games in the Eastern Hockey League (EHL).

"Ryan really stepped up into a bigger role for us this season, taking on more responsibility not only as a leader but as a playmaker," said Little Flyers head coach and general manager Mark Catron. "There was a stretch of games in November and December where he was one of our best, if not our best, player on the ice. We’ve depended on Ryan to play on both the power-play and penalty kill for us this year, a role he didn’t have last season, but he’s done it well for us throughout the season. Everyone here is really proud of Ryan the way he stepped up in his final season of junior hockey, and we expect him to keep putting in the work to be a difference-maker at Westfield State."

Candia's development is evident simply from his point totals, going from 21 total points last year, to 36 so far this year. Candia is also the 3rd Little Flyer to commit so far this season, and the 8th player in league history to choose the Westfield State hockey program.

"I am proud to announce that I will continue to pursue my academic and athletic careers at Westfield State University," said Candia. "I cannot thank my mother, father, Coach Catron, my teammates, my trainer Trae Toliver, and all of the Little Flyers organization enough for their continued support. Lastly, I want to thank Coach Miele for granting me this opportunity. I am thrilled to become an Owl!"

Candia and the Little Flyers are down 1-0 in their First Round series against the Team Maryland. Philadelphia will be leaning on one of their leaders today, to try and extend the matchup to a series-deciding game #3. 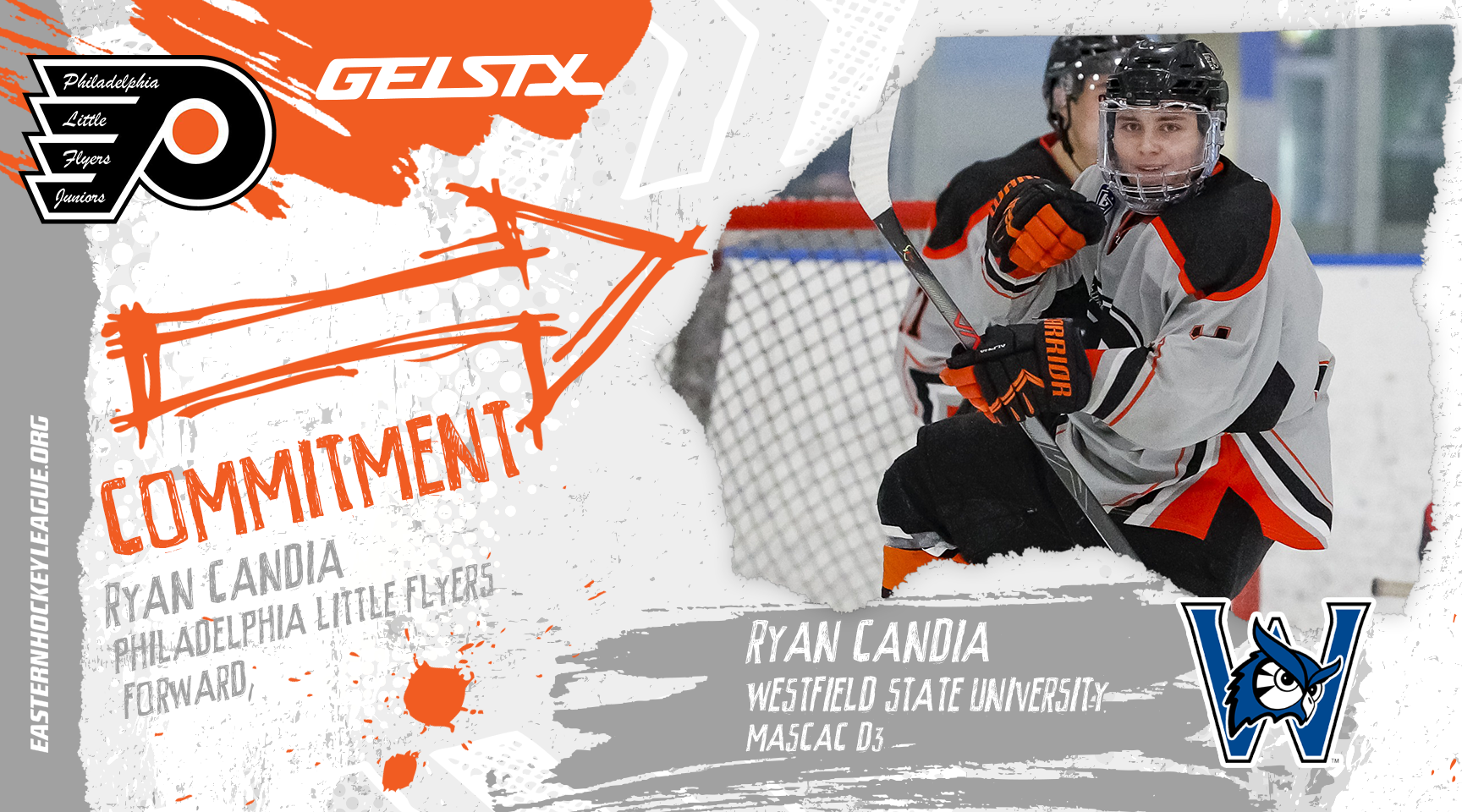