MIDDLETOWN, NJ -- Zach Tarantino, a forward for the New Jersey 87's, has committed to UMass Dartmouth for the fall of 2020.

The '99 native of Jackson, NJ recently finished his second and final season with the 87's, and in 85 career games in the Eastern Hockey League (EHL), Tarantino scored 41 goals and dished out 57 assists.

"He is more than the most dynamic play-maker we have ever seen here in history of the 87's," said 87's head coach and general manager Adam Houli. "He is genuinely one of the best individuals we've ever had off the ice as well. It was truly an awesome experience to watch him play and develop over the two years here, and he could not have earned this commitment anymore. Zach could have chosen to play hockey in college right out of school at the club level, but he knew deep down he wanted to be an NCAA hockey player. With this commitment he now is exactly what he wanted to be."

Tarantino is the 4th NCAA commitment and counting for the 87's, and the 29th player in league history to chose UMass Dartmouth. Overall, the Corsairs have now brought in at least one player from the EHL in each of the seven seasons since the league was formed back in 2013.

"Just to commit in general is something every player dreams of, and I’m super happy that I was able to do that, but for it to be UMass Dartmouth gets me especially excited," said Tarantino. "The 87's program means so much to me, I owe everything to Coach [Adam] Houli and Coach Matty [Kiernan]. They took me in two years ago and have taught me so much not only about hockey, but also about doing the right things off the ice. For anyone deciding where to play next year I couldn’t think of any two better people to play for, because as much as they want to win, they want to see their players also succeed in life just as much. If you put the work in, they will do everything they can to help you move on to wherever it is you want to go."

While Tarantino and the 87's were unable to see through the end of a postseason run, the 2019-20 season can still be looked back on as a very successful season for the program. The Organization of the Year in the Mid-Atlantic Conference has accomplished so much in just three years of operating a junior hockey franchise, and only two seasons competing out of of the top division of the EHL. 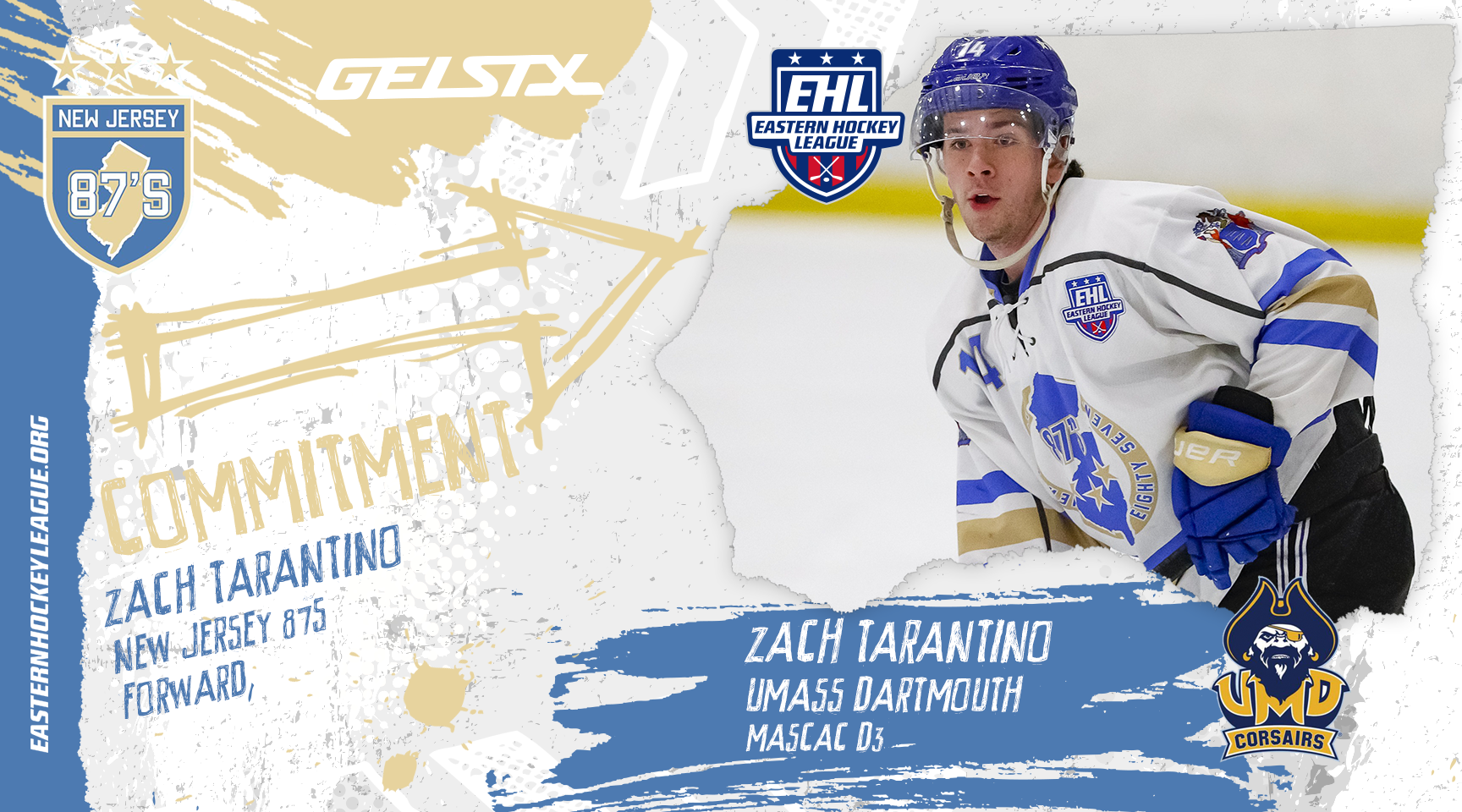