BEDFORD, MA -- Dylan Wiemer, a goaltender for the East Coast Wizards, has committed to SUNY Brockport for the fall of 2020.

The '99 native of Greece, NY joined the Wizards in late October, and went on to win 13 games in the Eastern Hockey League (EHL), while posting a 2.45 GAA and .923 save percentage.

"Dylan came in and immediately claimed the net for our team," said Wizards head coach and general manager Freddy Meyer. "He provided us with instant stability between the pipes, and it came as no surprise when we won his first three starts. Dylan is as talented as any goaltender we've ever had with the Wizards, and Kory [Falite] and I are looking forward to following him at the next level."

When Wiemer arrives at Brockport this fall, he will be part of an incoming freshmen class that includes six more alums from the EHL. Included on that list is Andrew Harley, the 2nd leading scorer from the 2019-20 Wizards team, who made his decision back in mid-December. Overall, Wiemer is looking forward to playing college hockey close to his hometown.

While the season was cut short due to the COVID-19 virus and outbreak, Wiemer and his teammates should still be very proud of the playoff run they put together. After knocking off the New England Wolves in the Play-In Round, the Wizards battled their way past the Seahawks Hockey Club in the First Round. We will never know how the Second Round series would have gone against the Boston Jr. Rangers, but Wiemer and the Wizards undoubtably had earned their chance at the top-ranked team in the league.

Learn more about the Wizards on the team's official website, and check out the full 2019-20 NCAA commitment list. 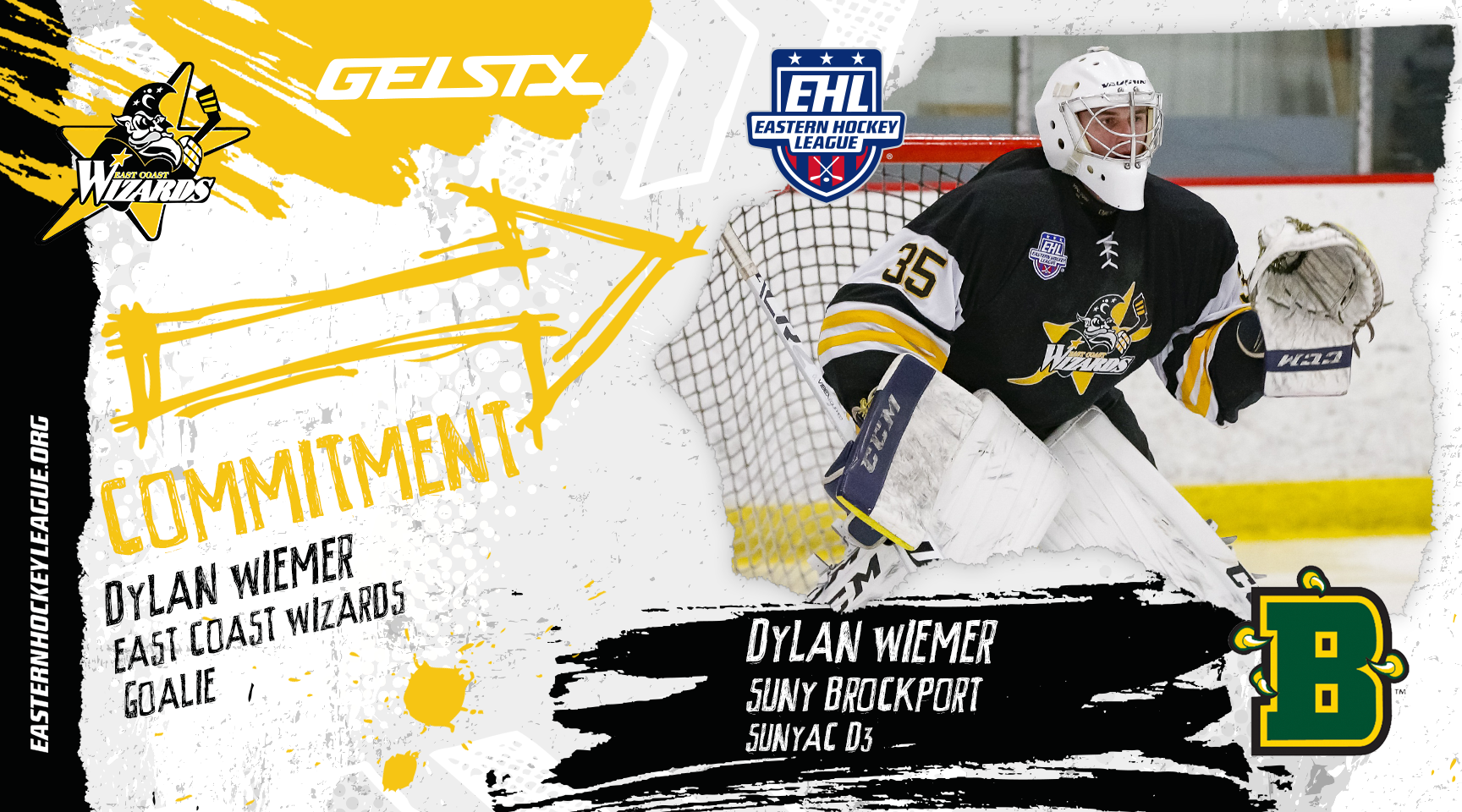