ODENTON, MD -- Michael Deslauriers, a defenseman for Team Maryland, has committed to Northland College for fall of 2020.

The '99 native of Canada recently finished his first and only season with Maryland, and in 40 total games in the Eastern Hockey League (EHL), he tallied 10 points to his name. It's worth noting that four of those points were game-winning goals for Deslauriers.

"I am so proud of Michael and the progress he made this year," said Team Maryland head coach and general manager Josh Fusco. "He stepped up his game, did all the little things right, and competed hard every shift and every practice. He deserves this success. We are thrilled he came here to Maryland and made the dream of playing NCAA hockey a reality.”

Deslauriers is the 4th player from the 2019-20 Maryland team to commit to college, and the 9th player in league history to choose Northland. Overall, the veteran defenseman is beyond happy with his decision to come to the EHL for his final season of junior hockey.

“I am excited to start my collegiate career as a LumberJack in the fall,” said Deslauriers. “I want to give a huge thanks to the entire Team Maryland organization, Coach Fusco, and all of my teammates. The support I received this season both on and off the ice was critical to my development as a player and a person. I feel ready to play hockey at the NCAA level!”

Deslauriers and his Maryland teammates made huge strides in just their 2nd season in the EHL. After winning 10 games in the 2018-19 season, this year's team won 23 contests, and clinched the franchise's first-ever playoff berth. While the First Round series with the Philadelphia Little Flyers did not end as the team had hoped, it was still a very special season for the 2nd-year program. 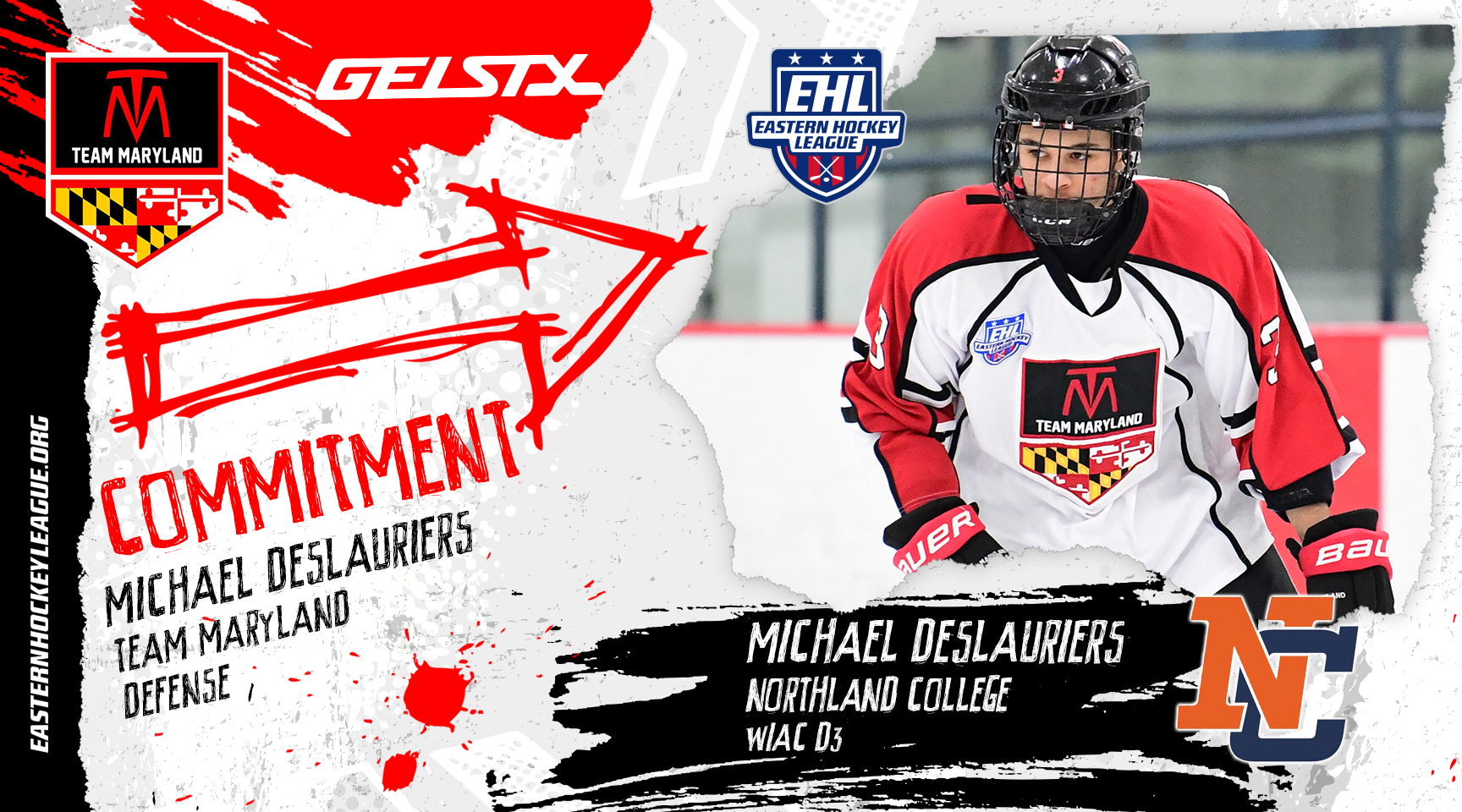